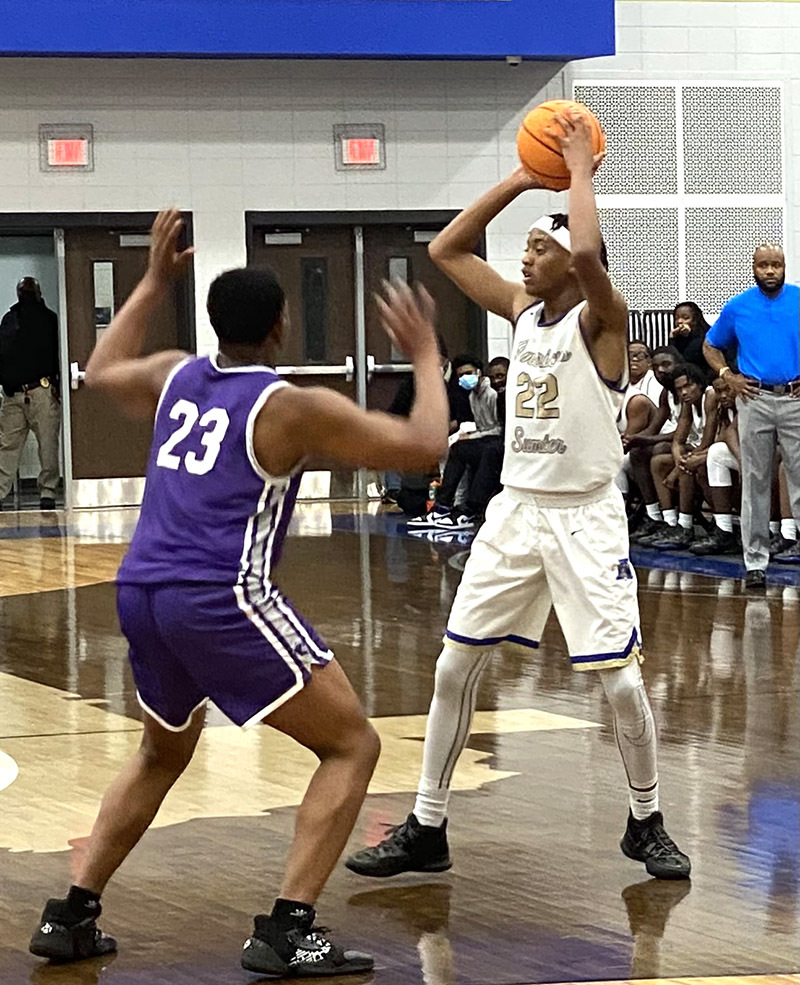 AMERICUS – For a good part of the second quarter and through much of the second half, the Sumter County Panthers (SCHS) were in control against Upson-Lee (ULHS). However, when the Knights made a run in the fourth quarter to cut their deficit to seven points, the Panthers responded with a 16-2 run to close out the game and secured a 67-46 Region 2-AAA victory over ULHS on Friday, January 21 at the Pit on the SCHS campus.

“I told my team that Upson-Lee came to play. They (ULHS) were very disciplined,” SCHS Head Coach Johnny Genwright said. “They were very disciplined and they played well. I’ve got to give it to them. They looked like a well-coached team and I knew they were going to play a good game, but right there at the end, I told my guys that we had to change up the defense and we need to get a stop. We need some stops to get baskets.” Genwright went on to say that he put his senior small forward Devon Dowdell back in the game even though he had four fouls. “He (Dowdell) came out. He makes the defense go. He talked, communicated and executed on defense and it made our offense come together at the end of the game,” Genwright said.

With the win, SCHS improves its overall record to 19-1 on the season and they remain undefeated and in first place in the Region 2-AAA standings at 10-0.

Four players scored in double figures for the Panthers. Brandon Pope led SCHS in scoring with 20 points and Kyric Davis had 13. D.J. Hurley poured in 12 points and Cameron Evans chipped in 10 in the winning cause. 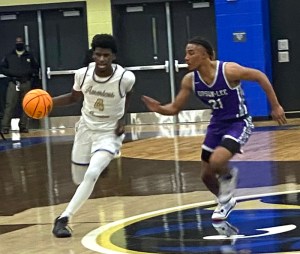 The first quarter was a high scoring, back-and-forth affair between two teams that seemed evenly matched, but as the horn sounded to end the quarter, Hurley knocked down a three-pointer to give the Panthers an 18-14 lead.

Early in the second quarter, SCHS went on a 6-1 run and they took advantage of cold shooting by the Knights. Then with a little over four minutes before halftime, Hurley struck again for a three-pointer, which keyed off another run by the Panthers. By the 2:52 mark of the second quarter, SCHS had amassed a 34-17 lead, which was capped off by a three-point play from Brandon Pope. 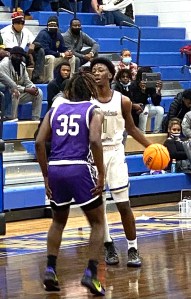 However, the Knights would not go quietly. Over the last minute of the first half, ULHS went on a 7-0 run to cut its deficit to 10 and by halftime, the Panthers’ lead had been trimmed down to 11 points at 36-25.

Hurley scored all 12 of his points in the first half to lead the Panthers’ offense.

During the first two minutes of the third quarter, the Knights tried to disrupt SCHS with a full-court press, but the Panthers were able to break that press and outscored ULHS 7-6 to take a 43-31 lead. Over the next couple of minutes, both teams traded baskets, but at the 4:02 mark of the third quarter, a technical foul was called against SCHS. ULHS forward Emarion Harp made one of the technical foul shots and it was the beginning of a run by the Knights that allowed them to cut their deficit to eight points at 45-37.

However, the Panthers were able to weather this short storm and as the clock ran down to end the third quarter, Pope drilled a three pointer from the right side to give SCHS a 51-39 lead with one quarter to play.

The Knights once again made a run by scoring five unanswered points to begin the fourth quarter, which prompted Genwright to call a timeout with a little over six minutes to go in the game. 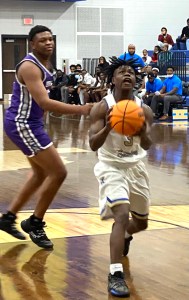 Out of the timeout, the Panthers increased their intensity on defense and scored two straight baskets to take a 55-44 lead. That ended up being the beginning of that 16-2 run by SCHS to close out the game. During this run, Devon Dowdell scored two straight baskets and Pope scored another basket on the inside to help secure the victory. On the defensive end, the Panthers continued to maintain their intensity by getting stops.

Neither team shot very well from the foul line in this game. The Panthers went five for 10 from the charity stripe (50 percent), but the Knights, having had more opportunities, couldn’t take advantage. ULHS made 10 of 17 free throws (58 percent).

Marcus Slaton led ULHS in scoring with 23 points and Joshua Atwater chipped in seven in the losing cause. ULHS is now 11-8 overall and 6-4 in Region 2-AAA competition.

The Panthers have now won 17 straight games and will try for their 18th in a row when they travel up the road to Fort Valley on Saturday, January 22 to take on the Peach County Trojans at 7:30 p.m. PCHS is currently in second place in the Region 2-AAA standings at 7-2 and they trail the Panthers by two and a half games.