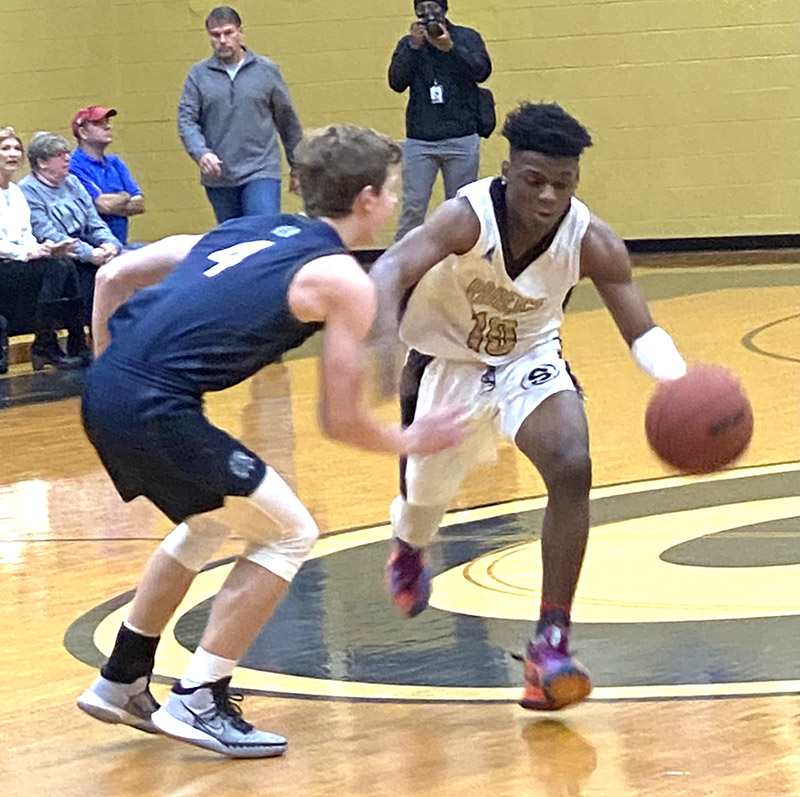 Southland Academy junior guard Cedric Smith (10) led the Raiders in scoring with 15 points in their 43-26 victory over Brookwood. Photo by Ken Gustafson

AMERICUS – The Southland Academy Raiders (SAR) did to Brookwood (BWS) what they have done to the rest of their opponents all season. They clamped down on the defensive end and held the Warriors to under 30 points. Though the Raiders struggled offensively at times, their stifling defense was enough to lead them to a 43-26 victory over BWS on Friday, January 28 at the Melvin Kinslow Gymnasium.

The win keeps the Raiders’ perfect season alive at 18-0 and SAR has secured the #1 seed going into the GISA Region 3-AAA Tournament, which will be played February 8-11 at the GSW Storm Dome.

“It has kind of been the story of our season,” SAR Head Coach Rundy Foster said. “We struggled offensively a little bit at times and we’ve been consistent on the defensive end. That’s been the recipe for winning thus far and I hope that it will continue down that trend. I hope that we can continue to work on the offensive end. We’re going to continue to work and hopefully get better and get better on that end, but I am super proud of their effort. I’m super proud of their defense and I couldn’t be any more proud of a team that I’ve coached.”

Cedric Smith led the Raiders in scoring with 15 points and Carlos Tyson scored seven. Perry Usher and John Henry Crisp each chipped in six points, Carmelo Volley scored five and Buddy Brady chipped in four to round out the SAR scoring. 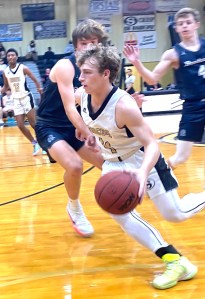 The Raiders got off to a rough start in the first quarter and trailed 5-0. They struggled on the offensive end did not score until the 3:18 mark of the quarter when Brady scored a layup on the inside. Fortunately for SAR, their defense kept them in the game as the Warriors did not score another point for the remainder of the quarter. Thanks to two made free throws from Volley and a put back at the buzzer from Smith, the Raiders were ahead 6-5 at the end of the first quarter.

The scoring picked up a little bit early in the second quarter, but both teams would once again hit an offensive dry spell, as defense seemed to rule the day. Both teams tried to be patient on offense, but neither team could hit outside shots. With less than two minutes to play before halftime, the Raiders had an 11-9 lead before the scoring drought was broken by a three-pointer from Perry Usher. The Warriors responded with a basket at the other end, but Usher struck again with another three-pointer to give the Raiders a 17-11 lead at halftime. 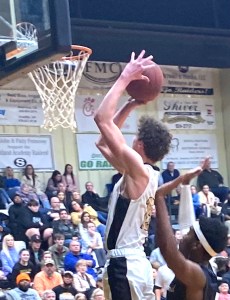 The fourth quarter began with a three-pointer by Carlos Tyson that hit the rim and bounced in to give SAR a 34-17 lead. The Warriors tried to press SAR full court, but to no avail as Smith and the other SAR guards were able to penetrate through it with relative ease. Though BWS continued to try, they could not hit outside shots and struggled to score on the inside as well due to the stout interior defense of SAR. 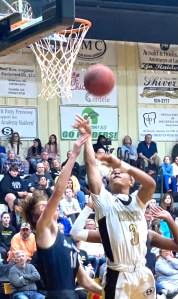 While BWS struggled offensively, the Raiders were able to build their lead to as much as 20 points and would go on to win by the score of 43-26.

Emery Redrupp led BWS in scoring with 13 points and Christopher May chipped in four for the Warriors in the losing cause. With the loss, BWS drops to 13-8 overall and sits in second place in the GISA Region 3-AAA standings at 4-2. BWS is two games behind the Raiders (6-0), who have wrapped up first place in the region standings. 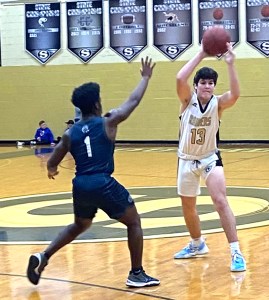 Having completed region play for the regular season, the Raiders will now focus on preparing for the GISA Region 3-AAA Tournament by hosting Terrell Academy at home on Monday, January 31 at 8 p.m. The Raiders’ undefeated streak will be tested in this contest as the Eagles come in with a 16-1 record overall and a 6-0 record in the GISA Region 3-AA standings.