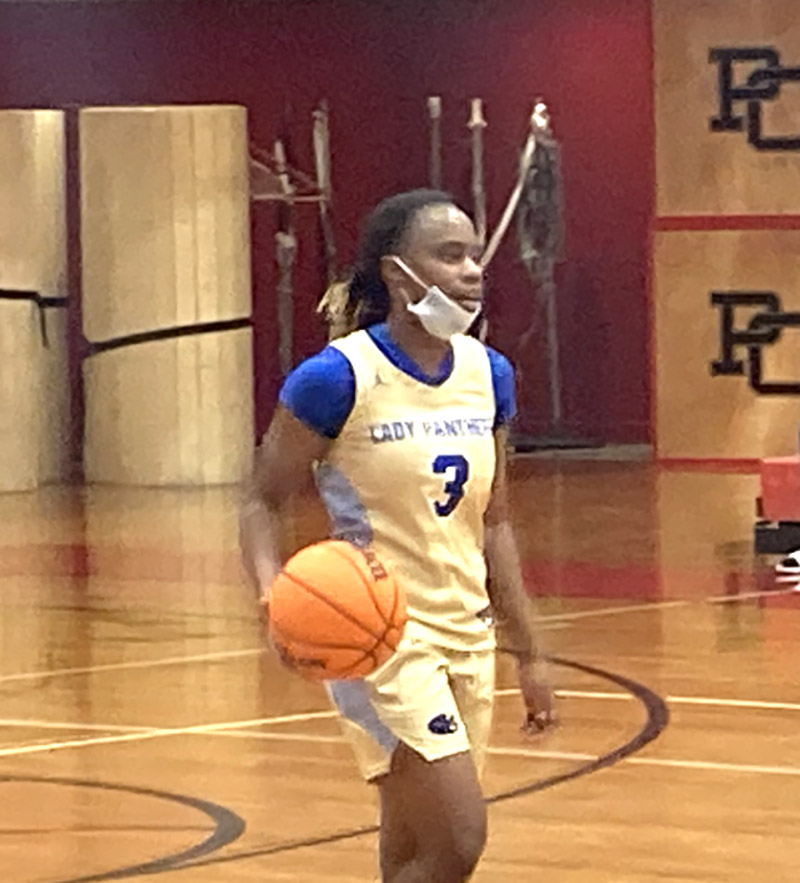 ZEBULON, GA – The Sumter County Lady Panthers (SCHS) got off to a slow start in the first quarter against the Pike County Pirates. However, the Lady Panthers came alive and outscored PCH 24-3 in the second quarter and dominated the rest of the game on their way to a 64-30 victory over the Pirates on Tuesday, February 1 at Pike County High School.

SCHS has now won 10 straight games to go 17-6 overall and remains in first place in the GHSA Region 2-AAA standings at 12-0.

Aviyonna Clemons led the Lady Panthers in scoring with 24 points and Trinity Jackson was also in double figures with 10. Tiffani Goodman very nearly reached double figures, as she scored nine points in the winning cause.

Sara Moon led the Pirates with 15 points and Jaime Corbin scored eight in the losing cause. 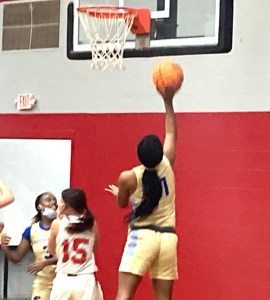 Sumter County senior forward Trinity Jackson goes up for a layup. Jackson scored 10 points in the win over the Pirates.
Photo by Coleman Price

SCHS will travel up to Forsyth, GA on Friday, February 4 to take on Mary Persons. In the last meeting between the two teams back on January 11 in Americus, the Lady Panthers won in a close affair by the score of 41-38. Tip off for Friday’s game in Forsyth is scheduled for 6 p.m.

On Saturday, February 5, the Lady Panthers will close out the regular season when they host Crisp County on Senior Night. Tip off for that game is scheduled for 6 p.m.