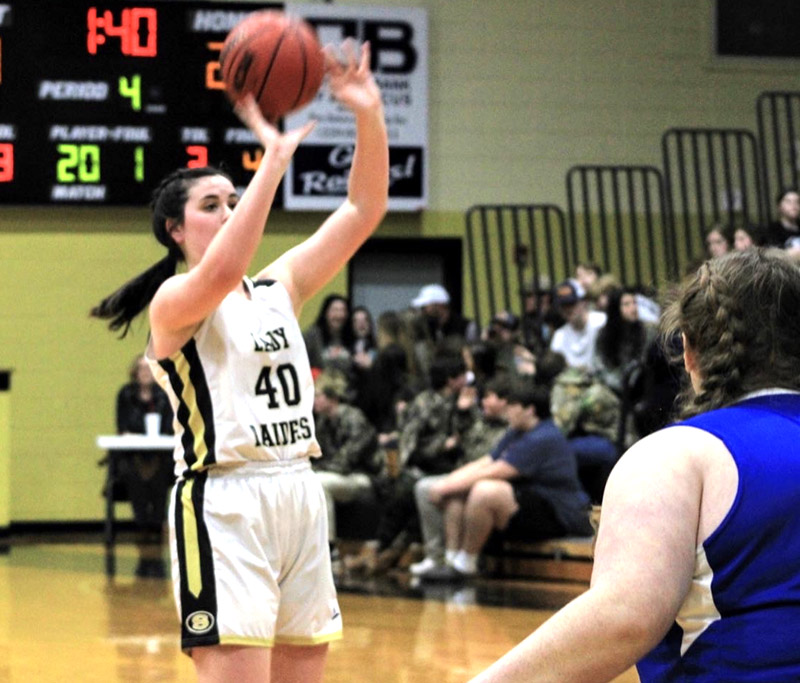 AMERICUS – After defeating Terrell Academy 43-33 for its fourth straight win, the Southland Academy Lady Raider Basketball Team (SAR) was hoping to send its four seniors, Ansley Weldon, Jadie Burrell, Brooke Weisner and Emma Kate Hayes, out on a positive note against an extremely strong Westwood club Tuesday night, February 1. However, the Lady Raiders were overmatched by the Wildcats’ quickness, size and athleticism in this game. As a result, they fell to the Wildcats 62-28 on Senior Night at Southland Academy.

“They (Westwood) have got a really good team. They always do,” SAR Head Coach Eric Israel said. “They’ve got a lot of size inside and then the quickness and the shooting to go with it outside. They’re just a really good basketball team.” 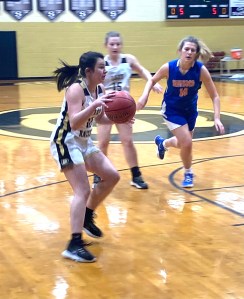 In spite of the loss, Coach Israel said that his club wants to play teams that are the caliber of Westwood so that they can be ready for what they will face in the upcoming region and state tournaments. “You know, that’s the kind of teams we want to play,” Israel said. “We really feel right now that we are playing our best basketball of the year. We don’t want to let that one game dictate the rest of our season. We’ve got to keep playing up to our standard and go into the region tournament and continue to play our best basketball.”

As for the victorious Wildcats, they were led in scoring by Monique Judge with 22 points and Amira Walters-Smith poured in 21 in the winning cause. 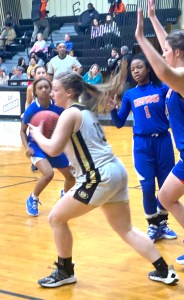 With the loss, SAR falls to 11-11 on the season, but their seeding in next week’s Georgia Independent School Association (GISA) Region 3-AAA Tournament is not affected due to the fact that Westwood is not in the same region as SAR.

With the win, Westwood improves its overall record to 15-4 and is in first place in the GISA Region 3-AA standings at 5-0. 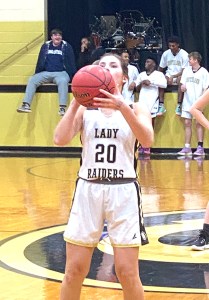 Over the first two minutes of the second quarter, SAR continued to struggle with turnovers and the Wildcats were able to build an 18-9 lead before Israel called a timeout with 6:06 to go before halftime.

Unfortunately for the Lady Raiders, that timeout did not stop Westwood’s onslaught. The Wildcats continued to make it difficult for SAR to score points and they increased their lead to 25-11 before Morgan Weaver ended SAR’s scoring drought with a jump shot from the baseline. 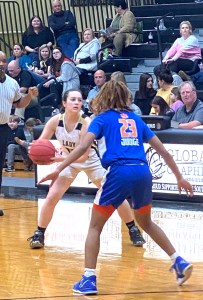 In addition to struggling against the Wildcats’ defense, the Lady Raiders also struggled with rebounding at both ends, as Westwood had a height advantage on the boards. All of these factors led to SAR trailing Westwood at halftime by the score of 27-13. 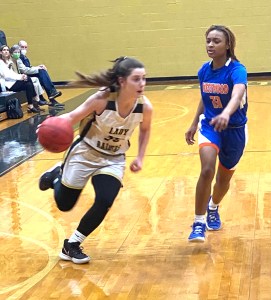 The third quarter was a rough quarter for the Lady Raiders as the Wildcats continued to press full court and forced numerous turnovers. As a result, by the 4:00 mark of the quarter, Westwood had a 39-15 lead. SAR was able to end a scoring drought when Jadie Burrell scored on the inside. Riley Mitchell followed that up with a three-pointer, but the Lady Raiders still had their work cut out for them as they trailed 39-20. 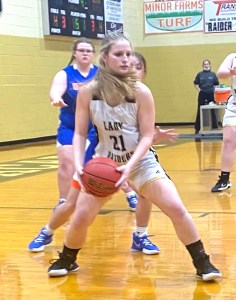 Southland Academy junior guard Lauren Duke (21) receives a pass and looks to dish the ball to a teammate.
Photo by Ken Gustafson

However, just as Mitchell’s three-pointer gave the Lady Raiders a glimmer of hope, Amira Walters-Smith drilled a three-pointer to put the Wildcats back up by 22. Both teams traded baskets for the remainder of the third quarter, but with one more quarter to play, the Lady Raiders found themselves in a deep hole, trailing 47-23.

Though they tried as hard as they could to make a run in the final quarter of play, the huge deficit, along with the relentless pressure, quickness and athleticism of the Wildcats, was too much to overcome. As a result, the Lady Raiders went on to lose to Westwood 62-28. 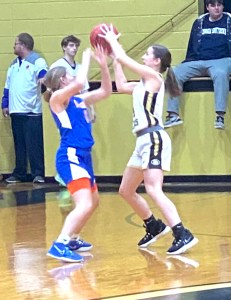 The Lady Raiders will now focus on their final regular season game of the season on Friday, February 4 against Crisp Academy in Cordele. Tip off for that game is scheduled for 6:30 p.m. After that, it’s on to the postseason, as SAR will compete in the GISA Region 3-AAA Tournament February 8-11 at the GSW Storm Dome. Stay tuned to the Americus Times-Recorder for dates and times of tournament games.