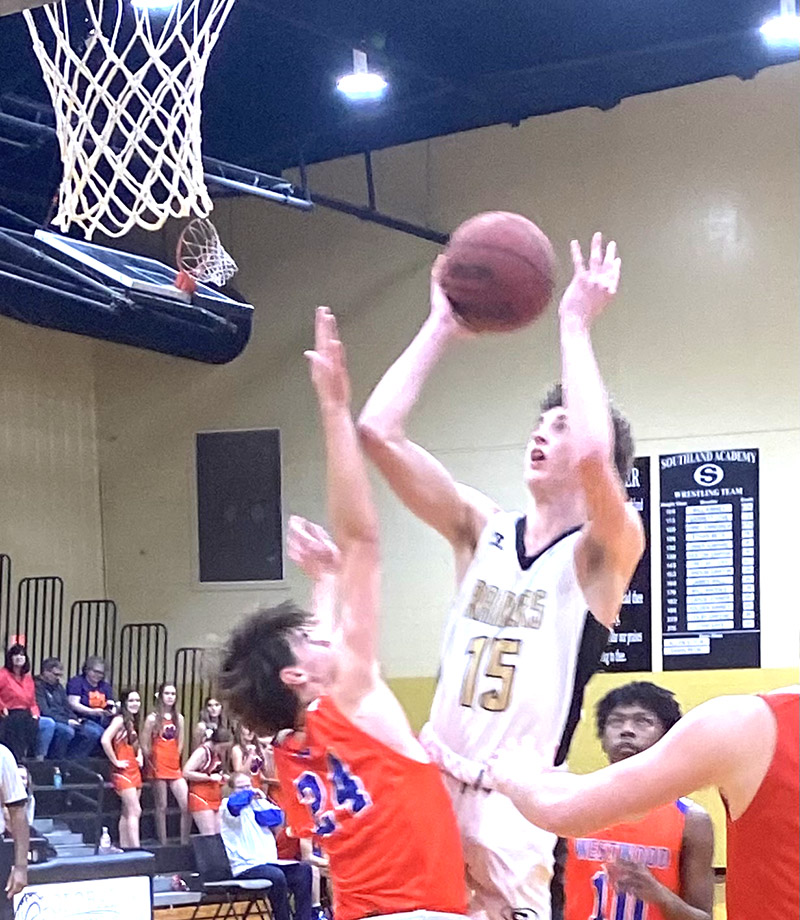 Southland Academy senior forward Buddy Brady (15) goes up to score against Westwood. Brady scored six points in the win over the Wildcats. Photo by Ken Gustafson

AMERICUS – After Monday night’s heartbreaking 37-33 overtime loss to Terrell Academy to end its 18 game undefeated streak, the Southland Academy Boys’ Basketball Team (SAR) came into Senior Night poised and ready to send its three seniors, Hudson Collins, Buddy Brady and Carmelo Volley, out on a positive note with a win over Westwood on Tuesday night, February 1. Thanks to a solid effort on defense and patience on the offensive end, the Raiders, even though they didn’t score a lot of points, were able to send out their three seniors with a 44-33 victory over the Wildcats in SAR’s final regular season home game.

With the win, the Raiders improve to 19-1 on the season with one more regular season game to go at Crisp Academy before the GISA Region 3-AAA Tournament at the GSW Storm Dome next week.

Cedric Smith led the Raiders in scoring with 22 points and Carmelo Volley scored nine points in his final regular season game in the Melvin Kinslow Gymnasium. Volley’s fellow senior teammate Buddy Brady scored six points for the Raiders in the winning cause. 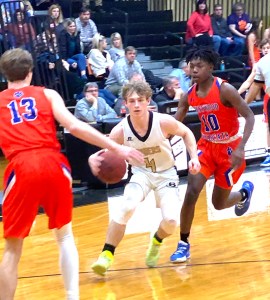 The Raiders went on a 10-2 run in the first quarter and it was capped off by a three-pointer from Volley. However, the Wildcats responded with a 5-0 run of their own before Volley grabbed an offensive rebound and scored with about six minutes left in the first half.

Over the next couple of minutes, the Raiders showed patience on offense by working the ball around the perimeter to try and find the high percentage shop. That patience paid off when John Henry Crisp scored on a back door cut to give SAR a 16-9 lead. Shortly thereafter, SAR added to its lead when Smith scored on a layup, giving the Raiders a nine-point lead. For the remainder of the half, SAR continued to show discipline and patience on offense, while playing solid defense at the other end. By halftime, the Raiders had a 20-9 lead. 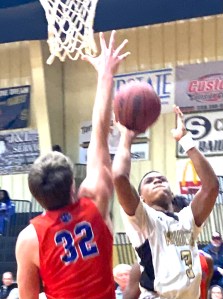 Southland Academy senior guard Carmelo Volley (3) goes up to score against Westwood. Volley scored nine points in the win over the Wildcats.
Photo by Ken Gustafson

During the third quarter, both teams traded baskets, but the Raiders kept the Wildcats at bay by continuing to be strong on the defensive end. The Wildcats did go on a 5-2 run early in the fourth quarter, but SAR responded with a 7-4 run of its own to take a 39-28 lead with about four minutes left in the game. With a little over three minutes left, the Raiders continued to run their motion offense with patience and discipline. Once again, that patience and discipline paid off, as they were able to find Smith down low for a layup with 3:12 left. This prompted Westwood Head Coach Gordy Gruhl to call a timeout to get his team to regroup. 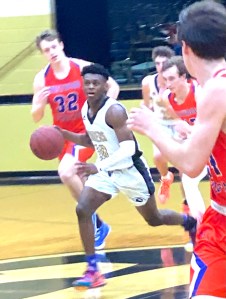 However, that timeout did not change SAR’s determination to close out this game with a victory. Over the final two minutes, the Raiders continued to contain Westwood’s offense by playing tenacious defense and would go on to defeat the Wildcats 44-33 on Senior Night.

Brooks Tucker and M.J. Harris each led the Wildcats with nine points in the losing cause.

The Raiders will now turn their focus to Crisp Academy, whom they will face in Cordele on Friday, February 4 in their final regular season game. Tip-off is scheduled for 8 p.m.