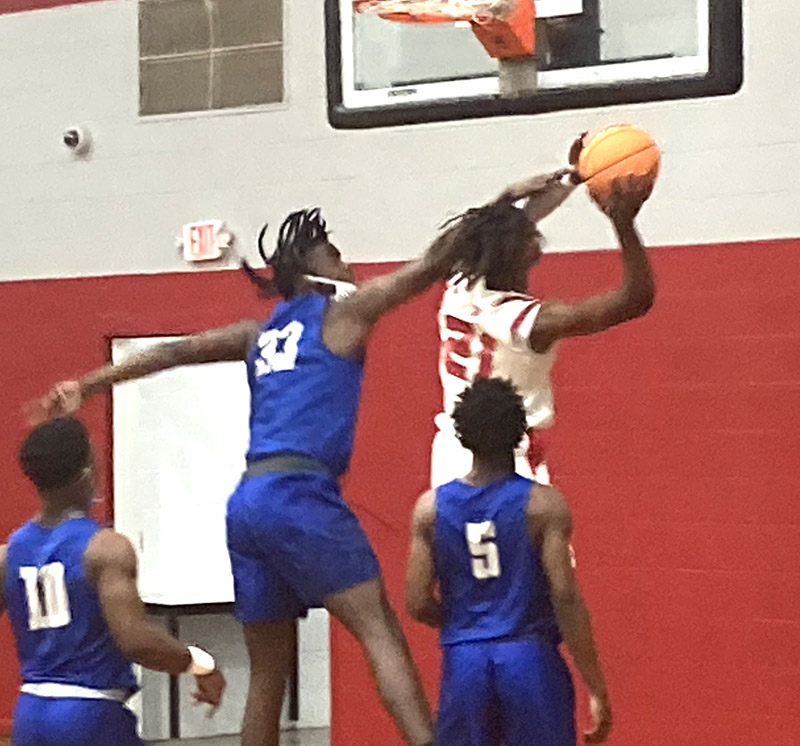 ZEBULON, GA – The Sumter County Panthers (SCHS) enforced their will against Pike County early in the game and dominated the contest throughout on their way to a 74-31 shellacking of the Pirates on Tuesday, February 1 at Pike County High School.

“The team came out playing very aggressive and with high energy,” SCHS Head Coach Johnny Genwright said. Genwright went on to say that his club started out sluggish in the second half, but after he called a timeout, the Panthers picked up their energy and closed out the game.
The win improves the Panthers’ overall record to 21-2 and they are still in first place in the Region 2-AAA standings at 11-1.

Both Kyric Davis and Devon Dowdell led SCHS in scoring with 16 points and Brandon Pope poured in 11. D.J. Hurley almost made the double-digit column with nine points in the winning cause.

SCHS will close out the regular season with Senior Night at home against Crisp County on Saturday, February 5. Tip-off is scheduled for 7:30 p.m.