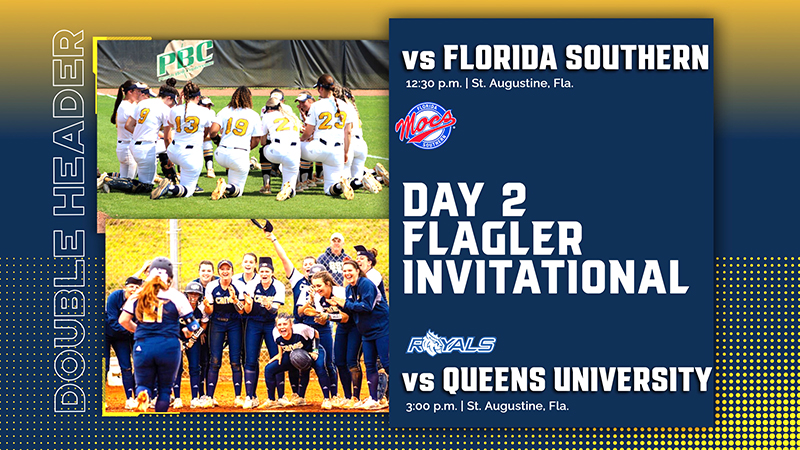 The Georgia Southwestern State University women’s softball team earned its first win of the 2022 season with an 8-0 shutout victory over Queens University of Charlotte on Saturday, February 5 at the Flagler Invitational in St. Augustine, FL. Photo by GSW Athletics

ST. AUGUSTINE, FL – After losing to both Florida Southern and Embry-Riddle (FL) by scores of 6-1 and 4-1 respectively on Friday and then dropping another decision to Florida Southern on Saturday by the score of 9-4, the Georgia Southwestern State Softball Team was finally able to earn its first win of the 2022 season when the Lady Hurricanes defeated Queens University of Charlotte by the score of 8-0 in just five innings in their third game of the Flagler Invitational, which took place at Flagler College in St. Augustine, FL Friday through Sunday, February 4-6.

GSW sophomore catcher Morgan Mullin led the Lady Hurricanes’ attack by going 3 for 3 at the plate with a double and a run scored and junior infielder Katelyn Wood belted a grand slam home run in the fifth inning, making the score 8-0 at that point and run ruling the game.

The Lady Hurricanes (1-3) will hit the diamond once again next Saturday, February 12, when they host USC Beaufort in a doubleheader in their first home stand of the season. Game 1 is scheduled to begin at 1 p.m.