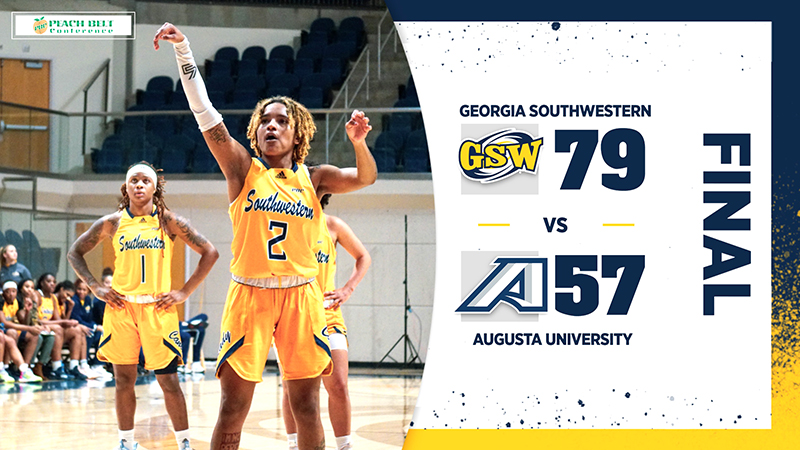 AMERICUS – The Georgia Southwestern State women’s basketball team defeated August University 79-57 in a Peach Belt Conference matchup on Monday night in the Storm Dome. It’s the Lady Canes’ 19th win of the season, which is an NCAA-era program record and continues to be the best start in school history. GSW (19-3, 11-2 PBC) is one game back in the Peach Belt Conference standings with just five Peach Belt games left to play.

The Lady Hurricanes dominated throughout the game. They put together a total team effort offensively, scoring 20-plus points in three of the four quarters. In the first quarter, GSW held Augusta to just nine points only allowing two Lady Jaguars to score. GSW held a 17-point lead at the halftime break and looked to be cruising towards the program record. The Lady Jags played a solid third quarter making an early run to bring the Lady Cane lead down to just single digits. GSW answered right back with their run and continued to pour it on increasing their halftime lead to a 22 point win at home.

The final game of the four-game home stand will be Wednesday night, February 9 against Flagler College at 5:30 p.m.