Payne named Coach of the Week for NCAA Division II 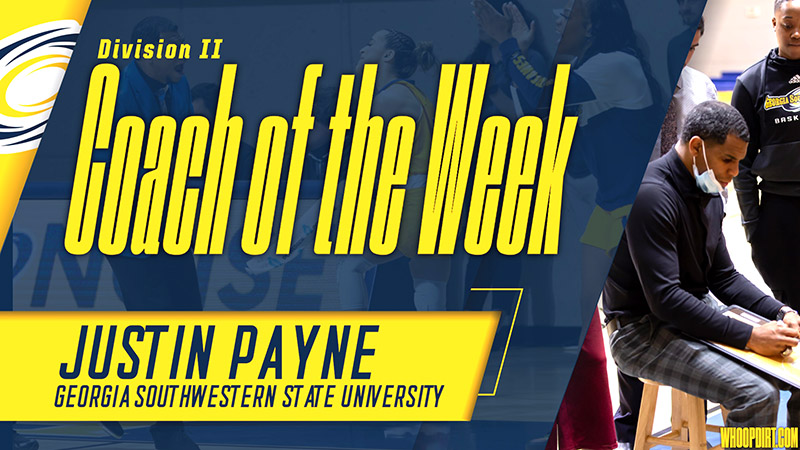 GSW Women’s Head Basketball Coach Justin Payne has been named as the NCAA Division II Coach of the Week by WHoopDirt.com. Photo by GSW Athletics

AMERICUS – Georgia Southwestern State Women’s Head Basketball Coach Justin Payne was named as the NCAA Division II Coach of the Week by WHoopDirt.com. Coach Payne’s squad continued its stellar play this past week, taking down the 3rd-ranked team in the nation in one of two victories.

The Lady Canes began their week by taking a 67-60 victory over Clayton State on Wednesday, before hosting No. 3 North Georgia on Saturday. The visitors led by as many as 10 in the fourth quarter, but Georgia Southwestern closed the contest on a 15-2 run to pick up a huge 62-59 win. With another win on Monday, the Lady Canes are now 19-3 (11-2 PBC) on the season, marking the best start in program history and the most wins in the school’s NCAA era. They will look to continue their historic season when they host Flagler on Wednesday night at home.