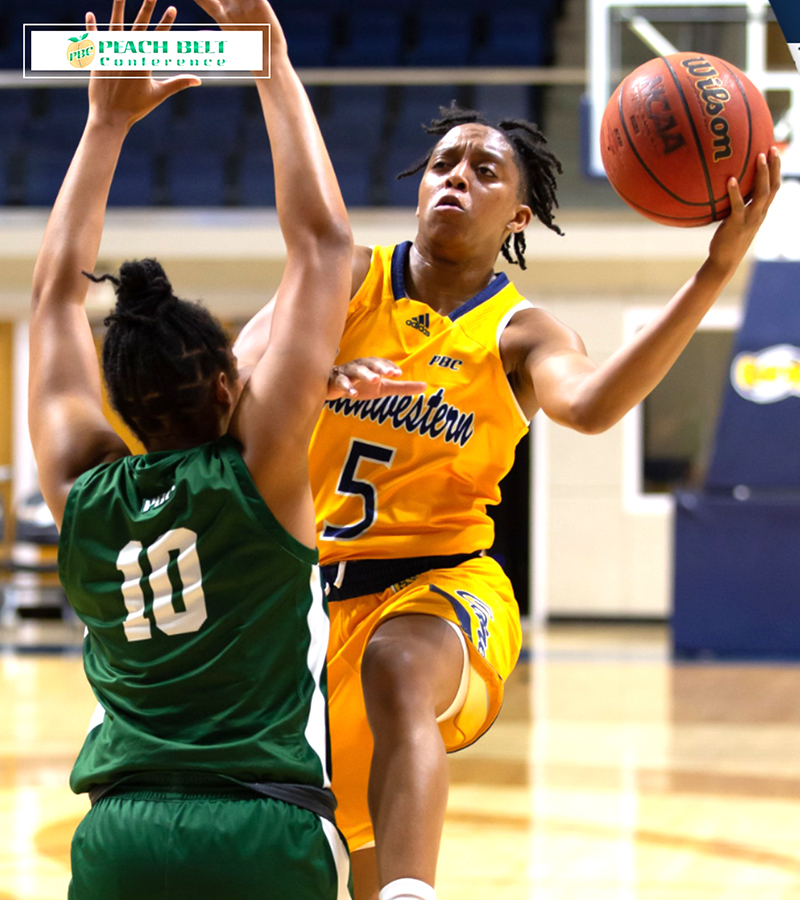 MILLEDGEVILLE, GA — The Georgia Southwestern women’s basketball team defeated Georgia College 60-37 on the road for their 21st win this season. The win was the second over Georgia College this season and the sixth straight overall in the series. The defense for the Lady Canes put pressure on the Bobcats all night allowing double-digit points in just one of the four quarters.

In the first quarter offensively, Lex Chatman gave a GSW a much-needed spark scoring six of the 16 points. Defensively the Lady Canes forced six turnovers in the first quarter and led by 10 heading into the second. The second quarter was even more lopsided with Lex Chatman continuing her offensive output while Ava Jones facilitated the offense and got seven different Lady Canes in on the scoring. The Lady Canes led by 19 at the end of the half and looked to be cruising to an easy win.

In the third Georgia College had a much better showing than in the first or second, they outscored GSW by three and cut the lead down to just 16 behind a total team scoring effort by their five starters. The fourth quarter was not as favorable to the Bobcats as the Lady Canes held them to their lowest scoring quarter in an already low-scoring game. In the fourth, the Bobcats committed five turnovers and the Lady canes finished the game with a 23-point win on the road.

The Lady Canes return home on Wednesday night for their home regular-season finale against Columbus State.