Southland pulls off a double: Both Raiders and Lady Raiders win region championships 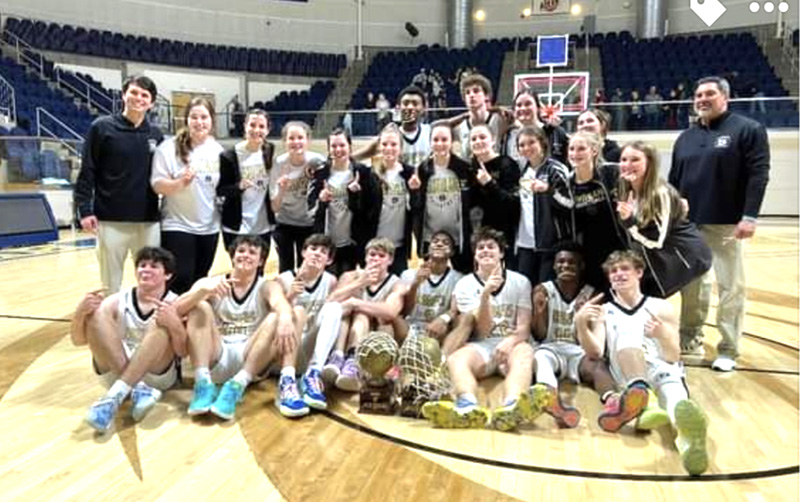 AMERICUS – It was a great night for both the Southland Academy varsity boys and girls basketball teams. Both the Raiders and Lady Raiders won their respective GISA Region 3-AAA tournaments on Friday, February 11 at the GSW Storm Dome. The Lady Raiders (14-11) defeated the Brookwood Lady Warriors 45-21 to win the girls’ region title and the Raiders (22-1) followed suit by knocking off the Brookwood Warriors 45-20 to claim their first region title in 19 years.

Once again, as it has been the whole season, defense has been the main recipe for success for both the SAR boys and girls teams.

“Again, we played very well on the defensive end,” SAR boys head coach Rundy Foster said. “Only six points in the second half for Brookwood is a huge credit to the boys and how hard they work and pride themselves on defense. I am very, very proud of their effort. We still have work to do.” 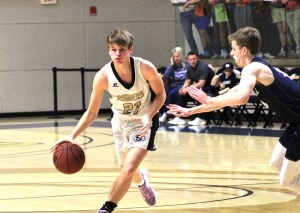 Cedric Smith led the Raiders in scoring with 12 points, Carmelo Volley had nine points and John Henry Crisp chipped in eight in the winning cause. “We held them scoreless in the third quarter. With the girls winning as well, it was a great night to be a Raider,” Foster said.

It was also a great night for the defending GISA state champion Lady Raiders, who took down Brookwood 45-21 to earn another region title.

“We’ve come such a long way over the course of the year,” SAR girls’ head coach Eric Israel said. “Their ability to change game plans from day to day is unbelievable. Our defense was the best it’s been all year tonight. Our team really took the game plan to the floor and executed it well. We showed a lot of toughness and heart tonight. I’m extremely proud of our team.” 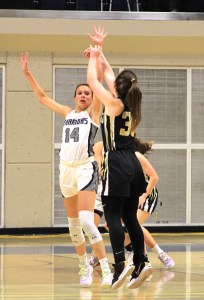 Riley Mitchell led the Lady Raiders in scoring with 14 points and Mary Beth Easterlin scored 11. Morgan Weaver chipped in nine, J.C. Bailey had six and Jadie Burrell scored five to round out the SAR scoring.

Both the Raiders and Lady Raiders will begin their drives toward state championships when the GISA Class AAA boys and girls state tournaments begin this coming week. The Lady Raiders will host Pinewood Christian Academy on Tuesday, February 15 at 6 p.m. As for the Raiders, they will host a familiar foe, the Panthers of Tiftarea Academy, on Wednesday, February 16 at 6:30 p.m.