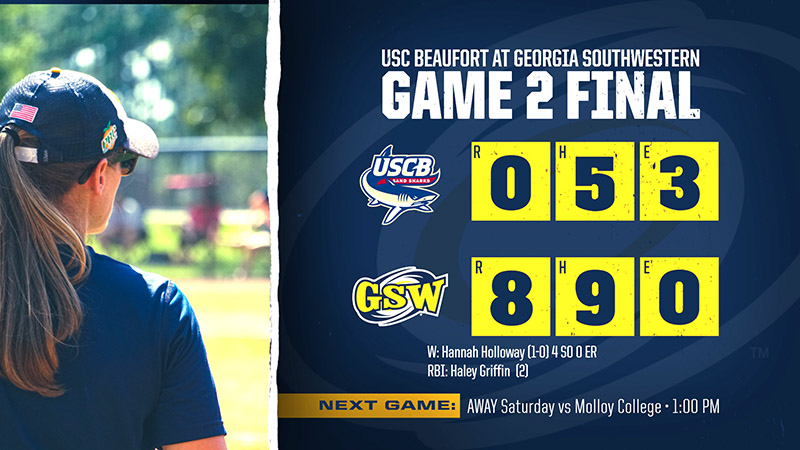 The Georgia Southwestern State Softball Team swept USC Beaufort 5-3 and 8-0 in a doubleheader at home on Saturday, February 12. Photo by GSW Athletics

The Lady Canes battled back from a three-run deficit in Game 1 to take a 5-3 win into the second game of the doubleheader. GSW kept that momentum rolling, defeating the Sand Sharks 8-0 in a mercy-rule shortened contest.

Errors on the defensive side hurt the Sand Sharks in the doubleheader, giving up six unearned runs combined in both games. Lacey Rutledge provided a huge contribution to the cause going 2-for-3 in Game 1, scoring three runs on the day with a stolen base, and RBI in Game 2. Katelyn Wood batted in three runs on the day, two in the first game and one in the second and Jacie Johns in Game 2 had two steals and was walked twice.

The Lady Hurricanes will travel to Newberry, SC on Saturday, February 19, where they will take on Molloy College at 1 p.m. and Newberry College at 3 p.m.