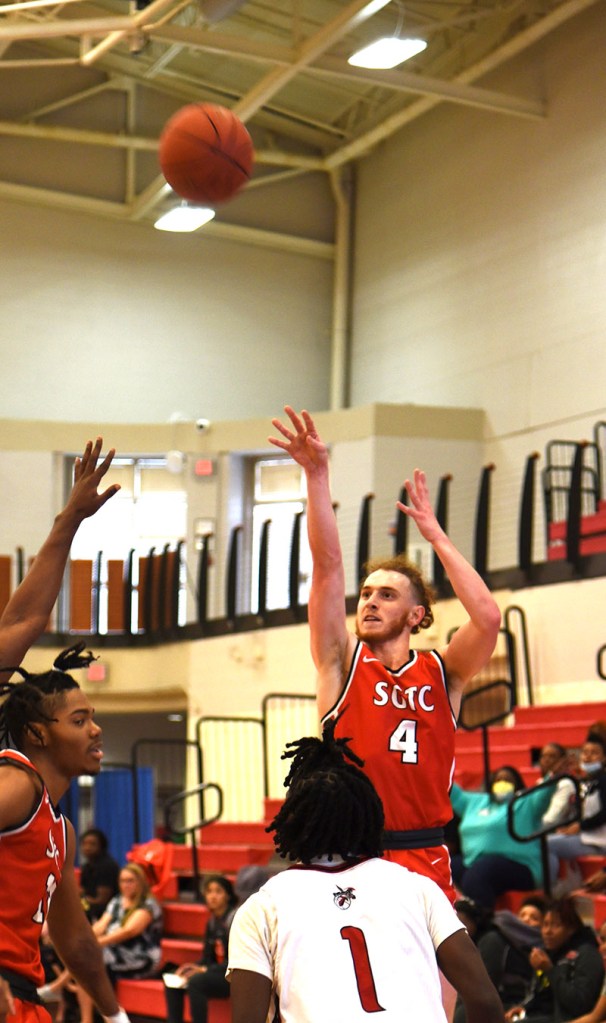 Will Johnston (4) was the top scorer for the Jets in their win over Albany Tech. Photo by SGTC Athletics 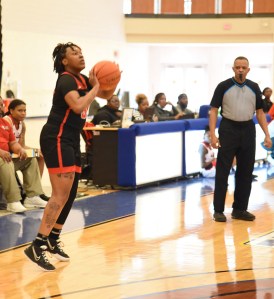 Kamya Hollingshed (30) was the top scorer for the Lady Jets with 17 points in their win over Albany Tech.
Photo by SGTC Athletics

The Lady Jets continued to stretch that lead in the second half and captured the GCAA conference win, 73 – 49, behind the strong three-point shooting of red-shirt sophomore Kamya Hollingshed who led the team with 17 points on the night.  She was four of nine from the three-point line.  In addition to her 17 points, she also pulled down six rebounds, two assists and two steals.

Freshman Center Fanta Gassama was the only other Lady Jet in double-digits and she had a double-double day with 14 points and 10 rebounds.  She also contributed two assists and one blocked shot. Three Lady Jets followed up with eight points each. Luana Leite, Laurie Calixte, and Camryn James each came away with eight points. Alexia Dizeko and Susana Posada both added seven points each and Alexia Dizeko also pulled down 10 rebounds.

Four Jets were in double-figures in that match-up.  Sophomore guard Will Johnston let the way with 22 points.  He was five of seven from the three-point line.  He also managed to take down eight rebounds, eight assists and one steal.

Marvin McGhee, III, Malik Battle, and Jalen Reynolds were the other three Jets in double-digits and they had 16, 15, and 14 respectively.  McGhee also wound up with seven rebounds, five assists and two steals.  Battle had one rebound and four assists and Jalen Reynolds led the rebounding with 12 and two blocked shots.

Matija Milivojevic added four points and seven rebounds along with three blocked shots.  Justice Hayes came off the bench and walked away with three points followed by Bryce Turner and Nathan Wilson with two points each.

The Jets will host Central Georgia Tech at home on February 15th at 7 p.m.   There is only one more home game for the Jets or Lady Jets after that and it is on February 23rd at 7 p.m. when the Jets host Andrew College.