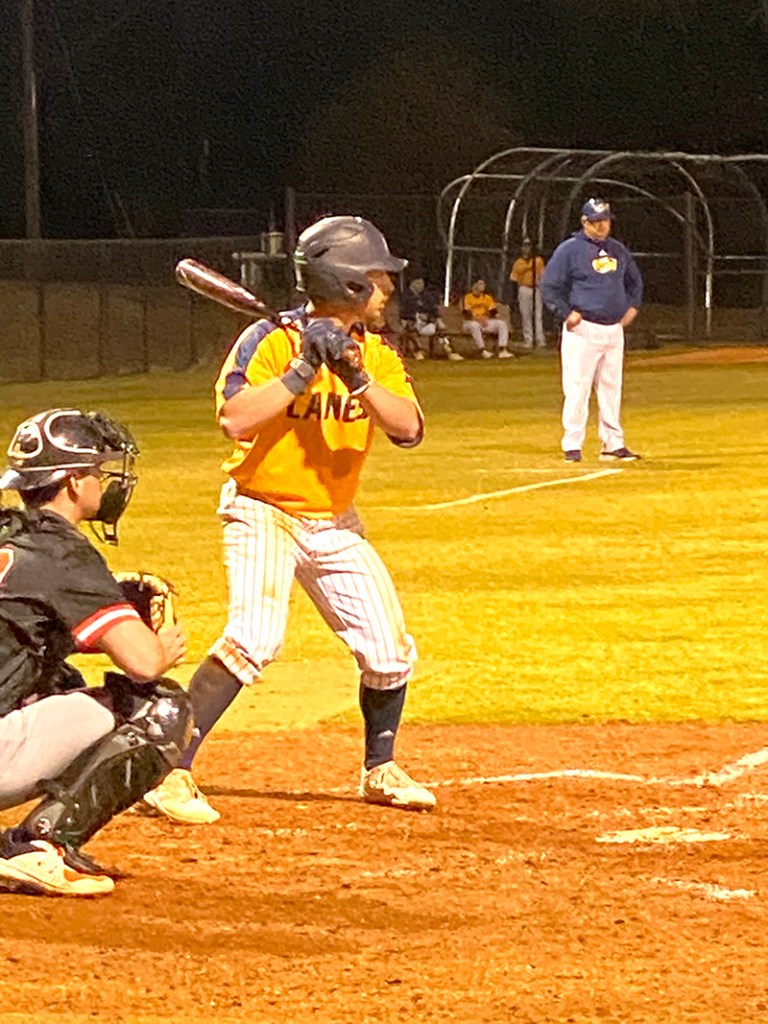 GSW second baseman Matthew Mamatas went 0 for 3 with a run scored in the Hurricanes’ 6-2 loss to Auburn-Montgomery. Photo by Ken Gustafson

AMERICUS – The Georgia Southwestern State Baseball Team (1-6) lost to Auburn-Montgomery 6-2 in its midweek home game Tuesday night, February 15. One of the main factors that contributed to the loss was GSW errors as the Hurricanes committed four of them in this game.

The Hurricanes were in a battle early on after an unfortunate double play ended a bases-loaded opportunity in the first inning. The game was tied at 2-2 up until the fifth inning, when errors began to plague the Hurricanes. GSW allowed two runs in both the fifth and sixth innings after committing three errors in those two innings alone. Offensively, GSW couldn’t muster up much after the fourth inning, striking out ten times on the night.

GSW will look to end its five-game skid when the Hurricanes host Shepard College this weekend for a three-game series on Saturday and Sunday, February 18-19.