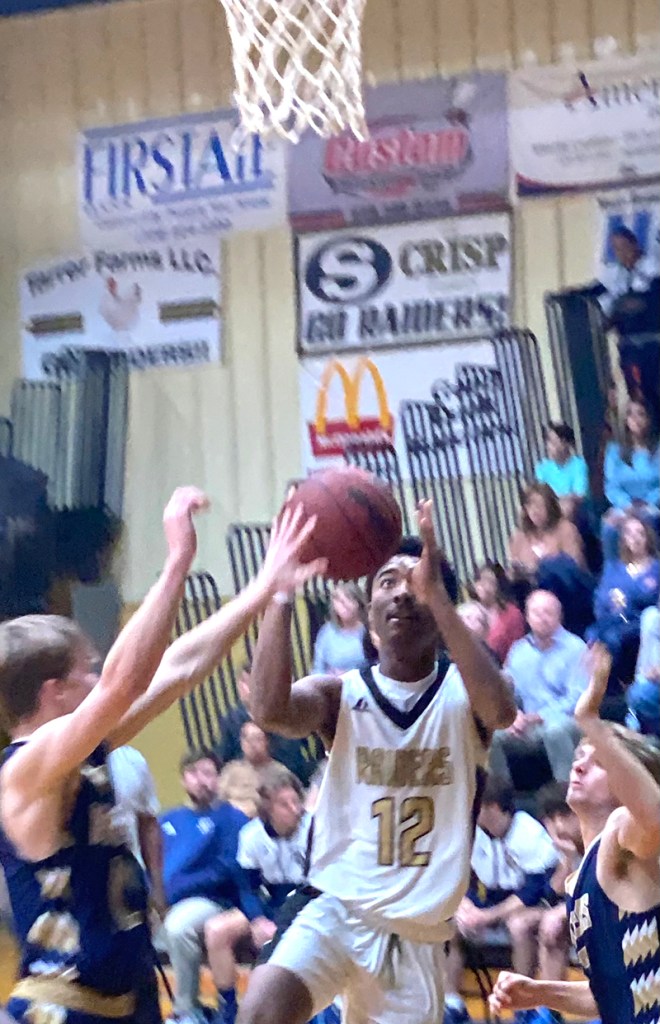 Southland Academy junior guard Carlos Tyson (12) drives in to score. Tyson led the Raiders in scoring with 15 points in their win over Tiftarea Academy in the first round of the state tournament. Photo by Ken Gustafson

AMERICUS – After the first few minutes of the first quarter, there was very little doubt in the outcome of the game. The Southland Academy Raiders (SAR) jumped out to a 12-0 lead in the first quarter and set the tone for the rest of the game. Their defense, which has been solid all year, stifled Tiftarea Academy’s offense all night. That allowed the SAR offense to dominate the game and it culminated in SAR’s 72-42 rout of its Region 3-AAA foe in the first round of the GISA Class AAA State Tournament on Wednesday, February 16 at Southland Academy.

“I thought we did set the tone early, especially as far as on the defensive end,” SAR Head Coach Rundy Foster said. “I felt like we played well enough after that to maintain the lead that we had, but at this juncture in the season, you just want to win and move on. There are no style points anymore.”

As far as what his club needs to improve on going into the second round game, Foster believes that as long as his club continues to play at a high level on the defensive end, they will have a chance to win any game.

“I think our defense sets the tone for everything we do,” Foster said. “We’ve got to maintain that level of intensity, that level of confidence in our defense and make sure we’re doing things the right way on the defensive end. If we do that, we’ll be fine. We’ll be in every game.” 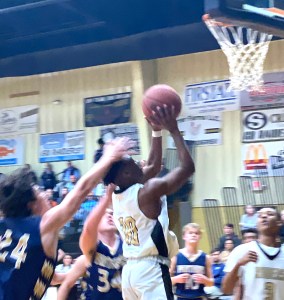 Four Raiders scored in double figures in this game. Carlos Tyson led SAR in scoring with 15 points and John Henry Crisp scored 13. Buddy Brady poured in 12 and Carmelo Volley chipped in 10 in the winning cause.

Both teams went scoreless until the 6:31 mark of the first quarter, when Buddy Brady knocked down a three-pointer. That would be the beginning of a 12-0 run by the Raiders. The Panthers didn’t get their first point of the ball game until Dylan Harbort made one of two foul shots with 4:21 remaining in the quarter, making the score 14-1 in favor of SAR. 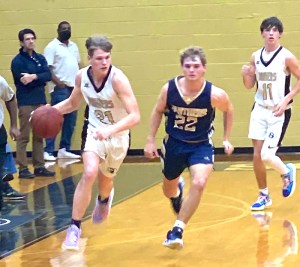 With 7:01 to play in the second quarter, TA’s Colson Stewart drained a three-pointer and it prompted Foster to call a timeout to get his team to regroup after a slow start to begin the second quarter. Out of the timeout, the Raiders continued to be solid on the defensive end, but at the same time, they were going through a scoring drought. The Panthers were able to cut their deficit to 29-12 on a three-pointer from Harbort, but SAR continued to be patient on offense and would later take a 33-12 lead on a basket from Luke Exley.

However, over the remaining minutes of the first half, the Panthers were able to find some offense and outscored SAR 6-5, cutting the Raiders’ lead to 38-18 at halftime. 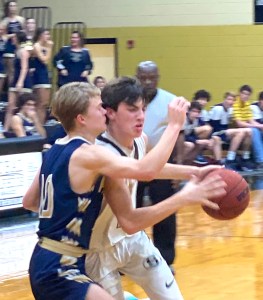 The Raiders came out strong to start the second half and went on an 11-6 run over the first five minutes of the third quarter. Over the next several minutes, SAR continued to maintain its intensity on defense and the Raiders were able to build their lead up to 52-26 on a layup from Tyson before TA called a timeout with 1:40 to go in the third quarter.

For the duration of the game, the Raiders continued to stifle TA’s offense and got hot on the offensive end. With a little over three minutes left, both Chase Ledger and Perry Usher drained three-pointers to put the Raiders up 70-37 and SAR would go on to win by the score of 72-42.

Colson Stewart led the Panthers with 15 points and Dylan Harbort scored 12 in the losing cause. TA finishes its season at 9-12.

The Raiders are now three wins away from winning Southland’s first state championship in boys’ basketball since 1983. Their next hurdle will be the Knights of Bethlehem Christian, whom the Raiders will face at John Milledge Academy on Saturday, February 19 at 4 p.m.