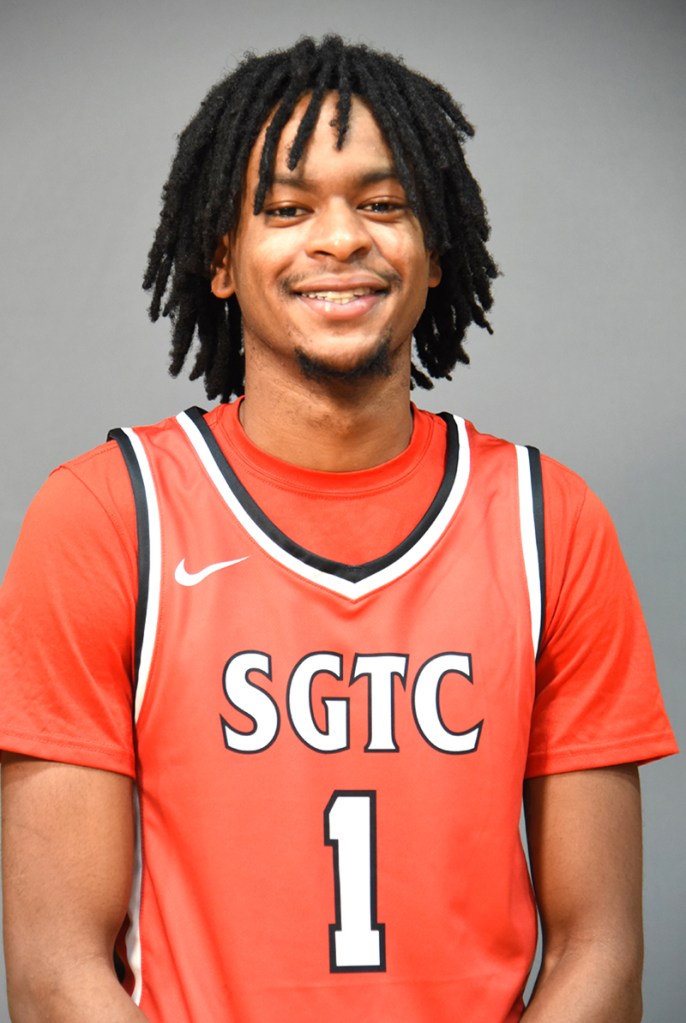 Malik Battle (1) was the top scorer for the Jets with 36 points in an impressive win over Georgia Highlands in Rome, GA. Photo by SGTC Athletics

“We knew what was on the line Saturday,” said South Georgia Technical College Jets head coach Chris Ballauer.  “If we wanted to have any chance to host the conference tournament we had to win and hope for some help from either Gordan State or Albany Tech this week to beat Georgia Highlands.  I am very proud of our guys and their commitment to each other.  It was a great team win.”

Coach Ballauer also acknowledged that his team has two games left that could have big consequences. “We still have work to do this week ourselves.  We have a home game here against Andrew College at 7 p.m. on Wednesday night, which is our last regular season game at home for the guys.  Then we travel to East Georgia on Saturday.  They are on a five-game winning streak right now and playing their best basketball.  We need to win both of those and have Georgia Highlands lose to host the tournament.”

South Georgia State is currently in third place with a 9 – 5 record.  East Georgia is fourth at 7 – 5; Albany Tech (8 – 7) is fifth; and Central Georgia Tech (6 – 8) is currently in sixth place.  Southern Crescent Tech (5 – 9) and Andrew (2-9) are seventh and eighth in the conference.  Gordon College (2-10) is currently in ninth place.  Only the top eight teams advance to the end of the season tournament but right now everyone is within a game of making the tournament or moving up and down with a week left.

Sophomore guard Malik Battle from Douglasville, GA led the Jets with a total of 36 points.  He was eight of 11 from the three-point line and six of eight from the foul line.  He also had three assists and one steal on the night to lead the Jets to the impressive win.

Sophomores Jalen Reynolds and Matija Milivojevic and freshman Nathan Wilson all added eight points each.  Reynolds led the team in rebounds with 11 and he also had a block shot before fouling out.  Milivojevic had four rebounds and Wilson had two rebounds and one blocked shot.

Rounding out the scoring for the Jets was Kallin Fonseca with three points and Bryce Turner with two points.

The Jets were up 48 – 39 at the end of the first half and then held on by outscoring Georgia Highlands 54 – 48 in the second half to secure the 102-87 victory and a shot to move up closer to the first-place seed.

Georgia Highlands will host Gordon College on Wednesday, February 23rd at 7 p.m. and then travel to Albany Tech on Saturday, Feb. 26th.

There is only one more home game for the Jets. It is on Wednesday, February 23th at 7 p.m. when the Jets host Andrew College.  They travel to East Georgia State College on February 26th to close out the regular season.  The men’s NJCAA Region XVII tournament will begin March 1st with the top four teams hosting the first round and the highest seeded team remaining hosting the semi-finals and finals on March 4th and 5th.