Southland Academy’s season comes to an end with loss to St. Andrew’s in state semifinals 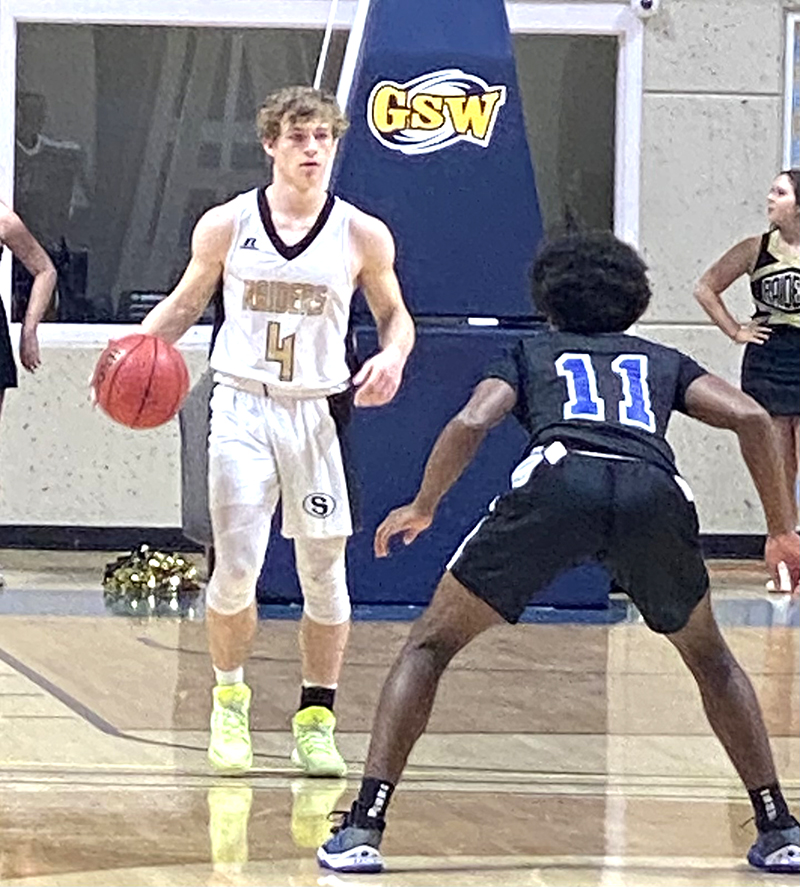 AMERICUS – Having defeated Bethlehem Christian in the quarterfinals a week ago, the Southland Academy Raiders (SAR) came into Thursday’s Georgia Independent School Association (GISA) Class AAA State Semifinal game against the Lions of St. Andrew’s School (SAS) with high hopes of pulling off another win and having a chance to compete for the school’s first state championship in boys’ basketball since 1983. However, the Lions had other ideas and they were able to set the tone of the game in the second quarter. After an evenly played first quarter between both teams, the Lions used their quickness and speed, especially on defense, to force turnovers and overwhelm the Raiders late in the first half and throughout the second half. SAS’s defensive pressure forced SAR into committing numerous turnovers throughout the contest. The Lions’ ability to capitalize on those turnovers, coupled with the torrid shooting of SAS guard Zyere Edwards, resulted in a 47-15 season-ending loss for SAR in the GSW Storm Dome.

With the loss, the Raiders finish their tremendous season with a record of 24-2, but according to SAR Head Coach Rundy Foster, this one game doesn’t define the Raiders and especially their three seniors: Carmelo Volley, Hudson Collins and Buddy Brady.

“I’m very thankful for the three seniors we had and the way they led,” Foster said. “This one game doesn’t define us. I think overall, we’ve had a really good year and I’m so proud of Buddy, Carmelo and Hudson and what they accomplished this year.” 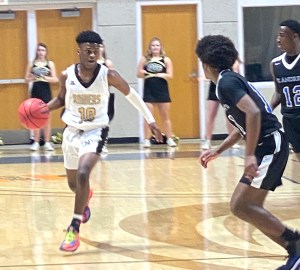 Southland Academy junior guard Cedric Smith pushes the ball up the court for the Raiders. Smith scored two points in the loss to St. Andrew’s.
Photo by Ken Gustafson

Brady led the Raiders with four points and Luke Exley scored three. Cedric Smith, Carlos Tyson, Perry Usher and John Henry Crisp each had two points in the contest. As for the SAS Lions, Edwards led all scorers with 26 points and drained four three-pointers on the night.

It was a low-scoring defensive struggle in the first quarter and the Raiders jumped out to a 4-0 lead early on two baskets from Brady, but due to the Lions’ stout and aggressive defense, they were able to force SAR into committing turnovers and went on an 8-0 run before Cedric Smith snapped the Raiders’ scoring drought on a floater with a little over a minute left in the first quarter. Though the Raiders were struggling on offense, their pack line defense, as it had done all season, kept them in the game, as they were able to force SAS into committing turnovers as well. 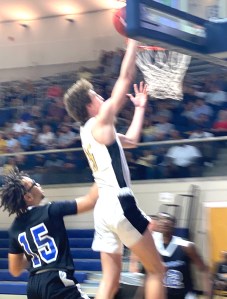 Both teams traded baskets over the first three minutes of the second quarter, but the Lions had a 12-8 lead thanks to a basket from Edwards. The Raiders continued to be patient on offense, but struggled to find good shots against the SAS defense. This resulted in another run by the Lions and they led 16-8 with 3:23 to go before halftime. 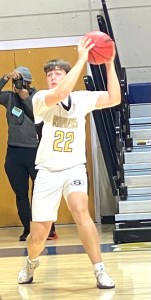 Southland Academy junior guard Luke Exley looks to pass. Exley drained a three-pointer late in the fourth quarter and it ended up being the last points scored by the Raiders in their 2021-22 season.
Photo by Ken Gustafson

Perry Usher was able to break SAR’s scoring drought with a basket, but the Lions’ defensive pressure forced another SAR turnover and Edwards scored on a break away layup for the Lions. Shortly thereafter, SAS added to its lead when Zayden Edwards scored with 1:42 remaining before halftime, prompting Foster to call a timeout to get his team to regroup.

However, out of the timeout, the Lions forced another SAR turnover and Edwards capitalized with a three-pointer to give SAS a 23-10 lead. The Raiders tried to put some points on the board as the seconds ticked down to end the half, but John Henry Crisp’s shot at the horn was off the mark and the Raiders found themselves trailing 23-10 at the half. 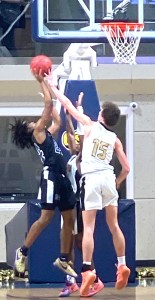 Over the first few minutes of the third quarter, the Raiders continued to struggle on offense, while the Lions extended their lead to 27-10 on four more points from Edwards. This prompted a timeout by Foster to try and find an answer for his club’s predicament.

With a little less then four minutes left in the third quarter, John Henry Crisp was able to blow past the SAS defense and scored on a layup to end the Raiders’ scoring drought, but the Lions answered with a 5-0 run that was capped off by a three-pointer from Edwards. Edwards would hit two more three-pointers shortly thereafter as part of a 10-0 run by SAS to close out the third quarter with a 42-12 lead. The quickness and speed of the Lions, especially on the defensive end, seemed to be too much for the Raiders to handle in this contest. This was compounded by the outside shooting of Edwards, who drained three of his four three-pointers in the third quarter.

Over the first five minutes of the fourth quarter, being that they had a huge lead, the Lions simply decided to run clock and they ran it down to the 3:04 mark before SAS called timeout. 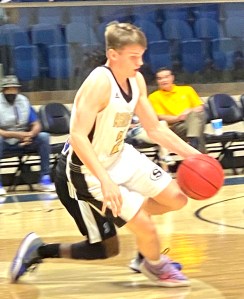 In spite of how the season ended, each member of the SAR basketball team can hold his head high, as the Raiders put together one of the finest seasons in school history (24-2). Many of these Raiders will continue their athletic careers in spring sports, such as baseball and track.

Being that only three seniors from this year’s squad will be graduating, Southland fans can look forward to a strong nucleus of experienced underclassmen that will be returning for the 2022-23 season.

As for SAS, the Lions will play John Milledge Academy in the GISA Class AAA State Finals on Saturday at 8:10 p.m. John Milledge defeated Creekside Christian 42-40 in the other state semifinal game on a last second layup.