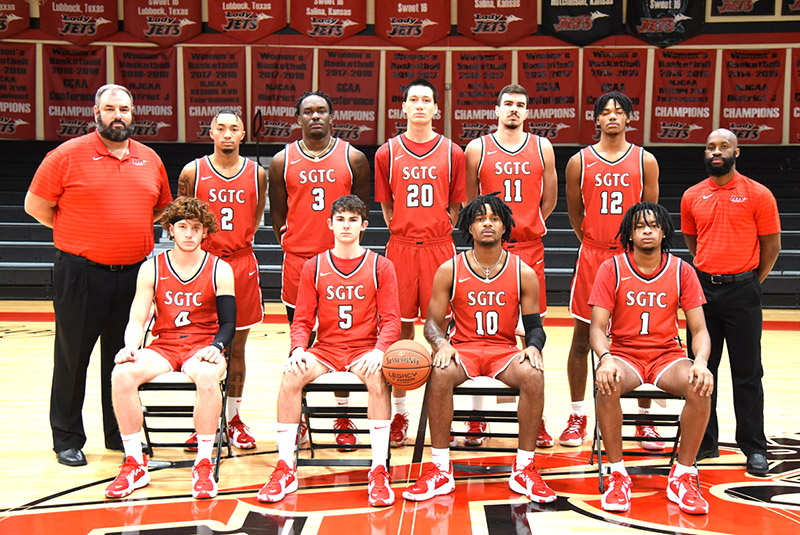 SWAINSBORO, GA – The South Georgia Technical College Jets were only six points away from winning their first Georgia Collegiate Athletic Association regular season title since 2013 – 2014, but former Jets head coach Travis Garrett and the East Georgia State College Bobcats were able to take an 86 – 81 victory over the Jets in the final regular season game of the year and force the Jets into second place in the conference.

“Saturday was tough,” said South Georgia Technical College Jets head coach Chris Ballauer.  “We knew what was on the line going into the game.  We picked a bad time to have a bad first half.  But I must give credit to Coach Travis Garrett and East Georgia State College.  They put together a good game plan and executed it.  We will learn from this loss, and I know the guys are refocused and ready for the tournament.”

The loss to East Georgia left the Jets in second place behind Georgia Highlands.  South Georgia State College closed out the season in third place and East Georgia State moved into fourth place with the win over the Jets.  Each of those teams will host a quarterfinal game in the NJCAA Region XVII tournament on Tuesday, March 1st.   There is only one game separating the first and second, second and third and third and fourth place teams.

Georgia Highlands will host Gordon College, East Georgia will host Albany Tech and South Georgia State will host Central Georgia Tech on Tuesday, March 1st in the NJCAA quarterfinals.  The Jets will host Southern Crescent Tech that same night at 6 p.m.  The winners of the quarterfinals will advance to the semi-finals and finals which will be held at the highest remaining seed’s gym.

East Georgia State jumped out to a 49 – 32 lead over the Jets in the first half action Saturday and even though the Jets came back and outscored East Georgia 49 – 37 in the second half, they were still six points shy of a victory.  East Georgia outshot the Jets everywhere but on the free throw line.

Sophomore Marvin McGhee, III was the leading scorer for the Jets with 27 points.  Sophomore guard Will Johnston was close behind with 18 and Malik Battle had 13 points to close out the double digit scoring for SGTC.  Jalen Reynolds and Matija Milivojevic both tossed in seven points, Nathan Wilson had four, Bryce Turner, 3, and Justice Hayes, 2.  Jalen Reynolds and Marvin McGhee both had nine rebounds and Matija Milivojevic pulled down seven rebounds.  Reynolds also had two blocked shots.