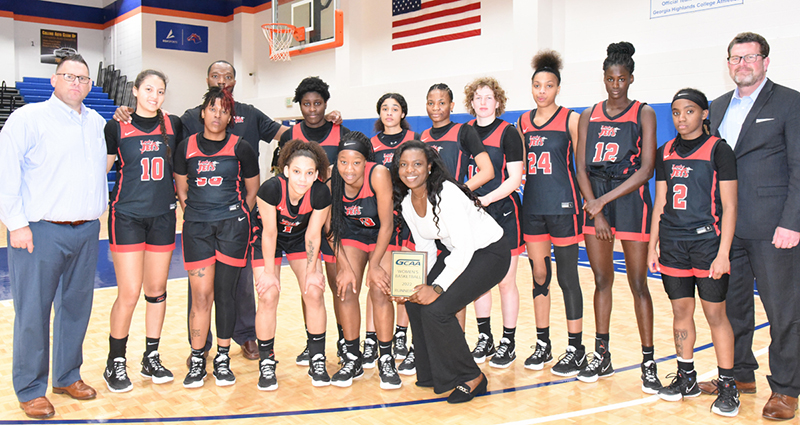 “My hats off to Coach Brandon Harrell and the Georgia Highlands Lady Chargers,” said SGTC Athletic Director and Lady Jets head coach James Frey.  “They have had an incredible year and are deserving of this championship.”  The Lady Chargers are on a 26-game winning streak and were 15 – 0 in the conference and 28 – 2 overall.  They beat the Lady Jets four times to win the GCAA regular season title and the Region XVII tournament.

This was the seventh time in nine years the two women’s Division I basketball powerhouses had met in the NJCAA Region XVII finals to earn a bid to the Southern District championship and ultimately a chance to advance to the NJCAA National Tournament at the Rip Griffin Center in Lubbock, TX, March 16th – 21st.  There is still a possibility the Lady Jets will receive an at-large bid to advance to the national tournament based on their 8th seed in the overall national rankings, despite falling to Georgia Highlands in the Region XVII tournament finals.  The NJCAA will announce at-large selections and tournament seedings for Division I women’s teams on Sunday, March 6th at 6:30 p.m.

“I think we have positioned ourselves nicely for an at-large bid to the national tournament,” said Coach Frey.  “We haven’t lost a game since November 27th to anyone except Georgia Highlands.  We have beaten multiple ranked teams.  I think being 26 – 6 and four of those losses to the number three team in country is a very good resume.” 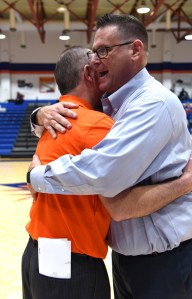 Despite the loss Saturday, Coach Frey had words of praise for the Lady Jets.  “I was proud of our young ladies and how hard they fought to get back into the championship game.  Georgia Highlands really shot the ball incredible in the first quarter making seven threes.  We got down 24 – 4 and showed a lot of grit and determination to get back into the game.”

South Georgia Tech’s Lady Jets woke up in the second quarter and closed that gap to three points with less than a minute left in the half by outscoring the Lady Chargers, 21 – 11.  The Lady Jets were down 38 – 31 at the half and looked like they had the momentum to stage a comeback.

“We were able to execute our game plan very well,” said Frey.  “We didn’t want them getting to the basket and for the most part they didn’t.  There is no real way to anticipate them making 14 threes on the night and that’s what they had to do and did it.”

Georgia Highlands rallied again in the third quarter to outscore the Lady Jets 17 – 9 and pull ahead 55 – 40.  South Georgia Tech cut that lead to 11 points by the final buzzer but it was too little too late and Georgia Highlands took the 67 – 56 victory and the opportunity to host Spartanburg Methodist in the NJCAA Southern Regional Championship on March 5th.

The Lady Jets had three players in double-digits in that match-up.  Freshmen Luana Leite, Alexia Dizeko and Fanta Gassama all came away with 12 points.  They were joined by Kamya Hollingshed with six points, Susana Posada and Laurie Calixte both added four points and then Loes Rozing, Maikya Simmons and Camryn James closed out the scoring with two points each.

The Georgia Highlands Lady Chargers advance to the NJCAA Southern Regional Championship match-up and will host Spartanburg Methodist on Saturday, March 5th.  The Lady Jets will have to wait and see if they receive an at-large big to attend their sixth consecutive NJCAA National Tournament.