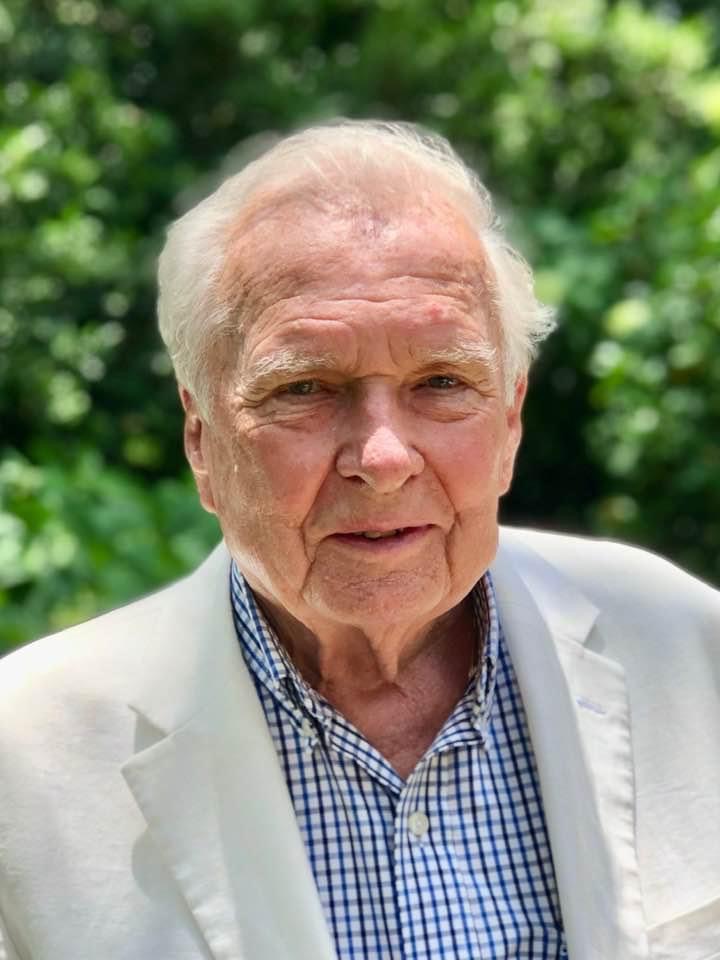 Charles Robert Crisp (Charlie) left us on Friday, February 18, 2022.  He died at his home in Moultrie.   Charlie was born in Americus on May 16, 1930, to Charles Fredrick Crisp and Georgia Lumpkin Crisp.  A daughter, Mary Virginia Crisp, survives him.

Charlie was predeceased by his parents, his older sister Virginia Crisp Gatewood, a nephew Jerry Gatewood, and a niece Lucy Crisp Perry.  In addition to his daughter, Jenny, Charlie is survived by his sister’s children, Jim, Crisp, Tim, and Lee Gatewood and Georgia Ledbetter. He is also survived by his brother, Henry Crisp (Jerry), and his children Charles and John Crisp and Shelley Wright.

Charlie graduated from Americus High School, attended Washington and Lee, and graduated from the University of Georgia where he was a Pi Kappa Alpha.   After college he volunteered for the U. S. Marine Corps.  After his service he came home to Americus and spent his entire career at the Bank of Commerce.  Charlie moved to Moultrie after he retired.   He acquired an antebellum home and cared for it and enjoyed it along with his beloved Grey Moss Plantation in Lee County.

While in Americus, he participated in many civic affairs, including the Rotary Club, Sons of the Confederate Veterans, and was one of the early organizers and ardent supporters of Sumter Historic Trust.  Charlie was a long time board member and supporter of the State Botanical Garden of Georgia.

Donations would be appreciated to The Sumter Historic Trust, the Sumter chapter of Sons of Confederate Veterans or the State Botanical Garden of Georgia.

Hancock Funeral Home, 427 S. Lee St., is honored to be entrusted with these arrangements for Mr. Charles Robert “Charlie” Crisp.