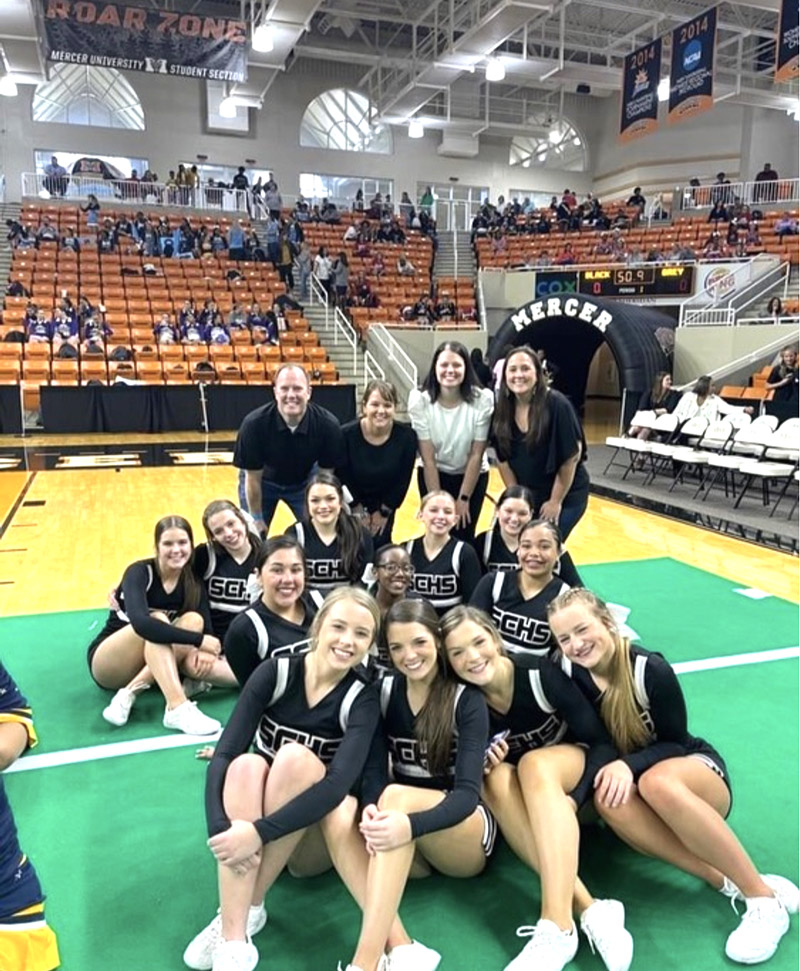 MACON – This year, some of the Schley County varsity cheerleaders made history by participating in GHSA’s Game Day Cheer competition for the first time and finishing fourth in the state! This competition is intended to replicate Friday night football cheerleading. Single A and Double A compete in a division together and there were 17 teams competing in the division the Lady Wildcats were in.

In the preliminary round, each team performs a band dance, crowd leading chant and cheer and their fight song. They are scored on their ability to lead the

crowd with the use of signs, flags, and other traditional cheer incorporations like jumps, stunts, and tumbling. The team scored high enough to advance to the Championship round with nine other Single A and double A teams! In addition to the preliminary requirements, in the final round, while on the performance floor, each team is given a game scenario and the team must lead the crowd with either an offense or defense cheer. This is an incredible accomplishment for our cheer program and our school.