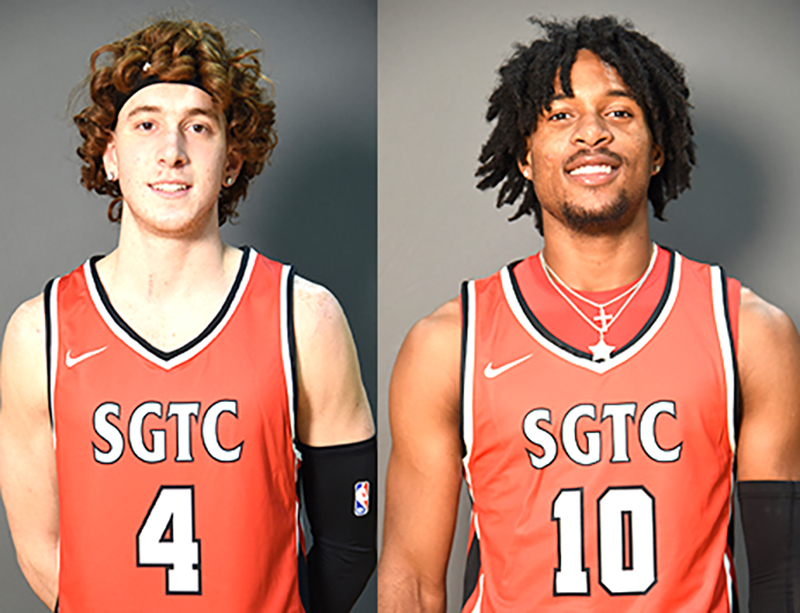 AMERICUS – South Georgia Technical College’s sophomore point guard Will Johnston of Sydney, Australia, was selected as the Most Valuable Player and a member of the Georgia Collegiate Athletic Association (GCAA) All-Tournament team following the Jets 87 – 84 overtime victory over the Georgia Highlands Chargers in Rome, GA recently.

Johnston hit back to back free-throws with 6.6 seconds remaining in overtime against Georgia Highlands to secure the narrow victory for the Jets and allow them to advance to the National Junior College Athletic Association (NJCAA) in Hutchinson, Kansas, March 14th – 19th as the NJCAA Southeast District Champions from Region XVII.  The 19th seeded Jets will take on 14th ranked South Plains Texans in the NJCAA national tournament on Tuesday, March 15th at 10 a.m. CT.  The game will be broadcast live on WISK-98.7 in Americus.

“I am really excited for both of these guys,” said South Georgia Technical College Jets head coach Chris Ballauer.  “When coaches are recruiting and building teams, these two players are what every coach is looking for.  They are coachable, the play extremely hard, they love the game, and they want to get better every day.”

Johnston and McGhee, and the other members of the Jets squad, are currently 22 – 11 and seeded as the 19th best team in the nation.  They finished the 2021 – 2022 season in second place in the GCAA regular season standings and earned the GCAA Tournament Championship as well as the NJCAA Southeast District champions from Region XVII.

McGhee, 6’ 4” sophomore guard from Atlanta, Georgia, was the Jets leading scorer this season averaging 20.4 points per game.  Johnston was the second leading scorer averaging 17.5 points.  Both of them averaged over 20 minutes of playing time on the court each game this season and hit 47% and 46% of their attempted shots from the field. McGhee is a 45.1% three-point shooter and Johnston hits 38.4% of his three-point attempts.  Johnston made 84.8% of his foul shots, while McGhee averaged 73.1%.

In the GCAA Tournament, Johnston averaged 19 points over three consecutive wins.  He had 15 points in an 89 – 76 victory over Southern Crescent Technical College in the quarter-final round, 12 points in the 78 – 70 semi-finals win over South Georgia State and 30 points against Georgia Highlands in the GCAA Tournament Championship overtime 87 – 84 decision.

McGhee, III, also averaged a little over 19 points in those three victories.  He scored 19 points against Southern Crescent, 25 against South Georgia State, and 15 in the win over Georgia Highlands.