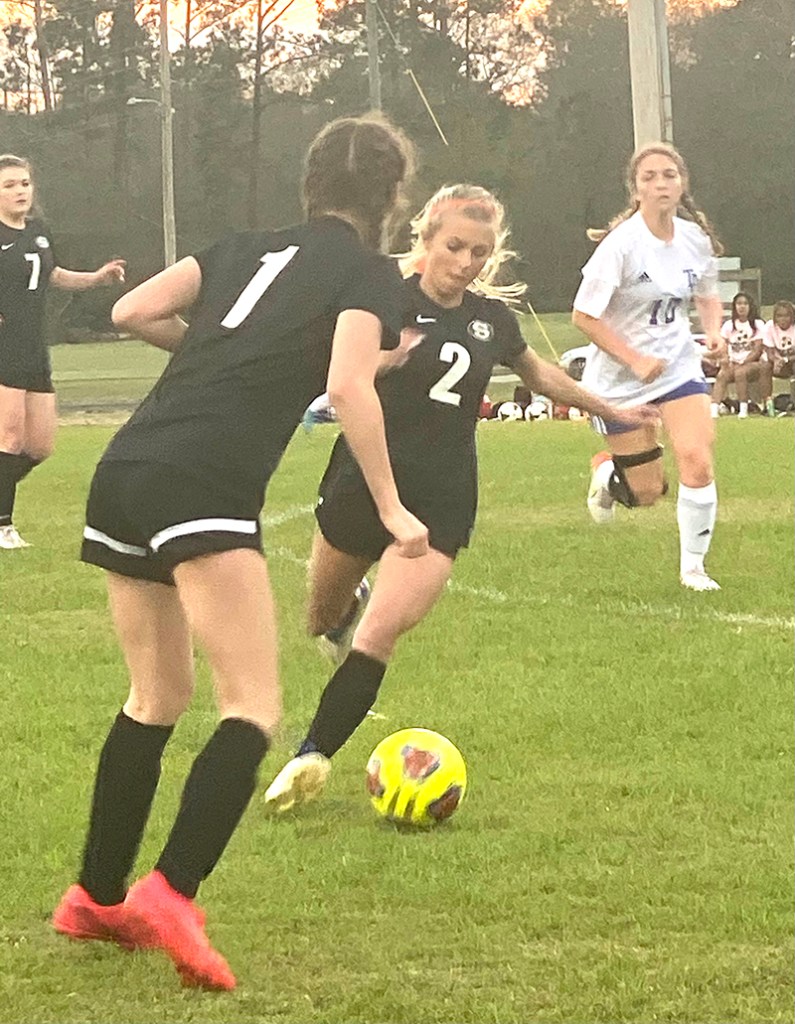 AMERICUS – The Southland Academy Varsity Girls Soccer Team (SAR) fought extremely hard against the Lady Eagles of Terrell Academy (TA), but the Lady Raiders struggled for most of the match to maintain ball possession and it gave TA numerous chances to score throughout the match. As a result, the Lady Eagles were eventually able to take advantage by netting two second half goals to earn a 3-1 victory over SAR.

In spite of the loss, SAR Head Coach Amy Leverette is extremely pleased with the progress that her squad is making this season.

“I’m really proud of them. They’re getting better, every game”, Leverette said. “They really worked well as a team. We are just going to come back and take care of business next time.”

The Lady Eagles struck first in the 14th minute of play when senior forward Sage Barkley dribbled in towards goal and took a shot that sailed past SAR sophomore goalkeeper Mary Beth Easterlin to give TA a 1-0 lead. However, the Lady Raiders would strike back five minutes later when freshman forward Mary Ramsey Collins served a corner kick into the 18-yard box. Senior forward Elizabeth Law was able to get her foot on the ball and tucked it past the TA goalkeeper, tying the match at 1-1. 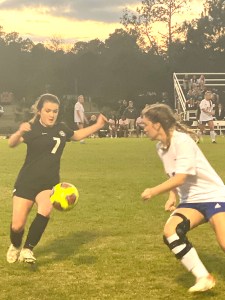 Throughout much of the first half, the Lady Eagles had most of the run of play and had other chances to score, but Easterlin was up to the task and made a few saves to keep SAR tied with TA at halftime.

However, the Lady Eagles continued to put pressure on SAR’s back line in the second half and would eventually break through for two goals. The first of those goals came in the 71st minute when sophomore forward Mattie Jane Carpenter scored to give TA a 2-1 lead. Approximately 10 minutes later, the Lady Eagles added to their lead on a goal by senior forward Allie DeBary. 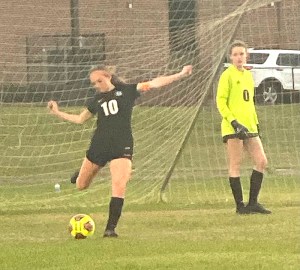 The Lady Raiders tried their best to mount an attack on more than one occasion to try to get a goal to get back into the match, but were not able to do so due to the strong play of the Lady Eagles. As a result, SAR went on to lose to TA by the score of 3-1.

The Lady Raiders are now 0-3 on the young season, while TA improves its record to 2-0. SAR will try to earn their first win of the season when they host Valwood in a GISA Region 3-AAA match on Monday, March 14 at 6 p.m.