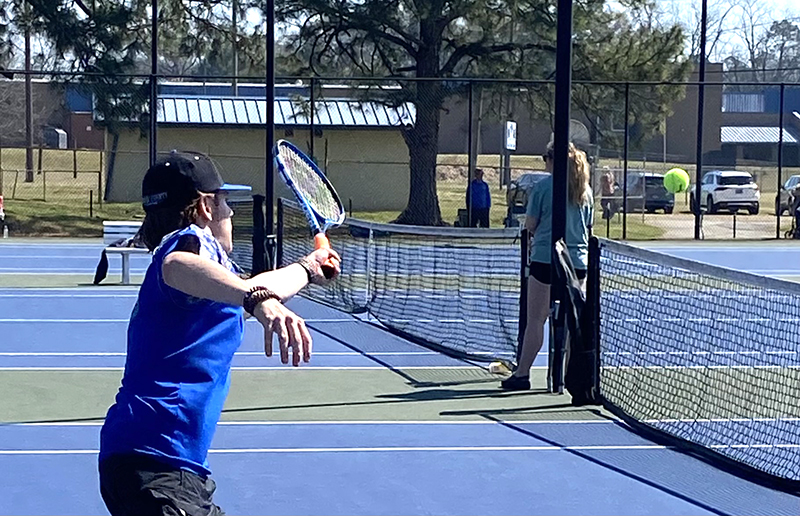 The Lady Panthers were able to earn a 5-0 sweep of the Lady Red Devils, while the Panthers won their team match 4-1.

In girls’ action, Teigan Pepito got things started off right for the Lady Panthers by beating Maggie Shields in straight sets 6-1, 6-2. Rebecca Ingle, the Lady Panthers’ #2 player, had a tougher time against Ansley Lenning, but still was able to win her match. Ingle one the first set in an 8-6 tiebreaker and won the second set easily by the score of 6-2. With the Lady Panthers leading 2-0, it was up to Alesia Holmes to secure the team victory for SCHS. Holmes was able to do just that by beating Faith Hindman in straight sets 6-4, 6-1. 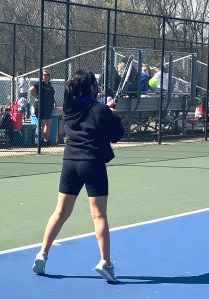 In doubles action, the SCHS duo of Courtney Dew and Melanie Wooden defeated the JHS team of Emily Watts and Keely Banks 6-2, 6-2. In the second doubles match the Lady Panthers’ team of Jazmine Aparicio and Georgia Wooden completed the 5-0 shut out with a victory over the JHS team of Caralina Gilroy and Krista Shockley in straight sets 6-4, 6-3.

In the second doubles match, the SCHS team of Joshua Campbell and Willie Burts defeated the JHS team of Blake McGaha and Braedyn Brousseau in a hard-fought match 3-6, 6-4, 10-8.