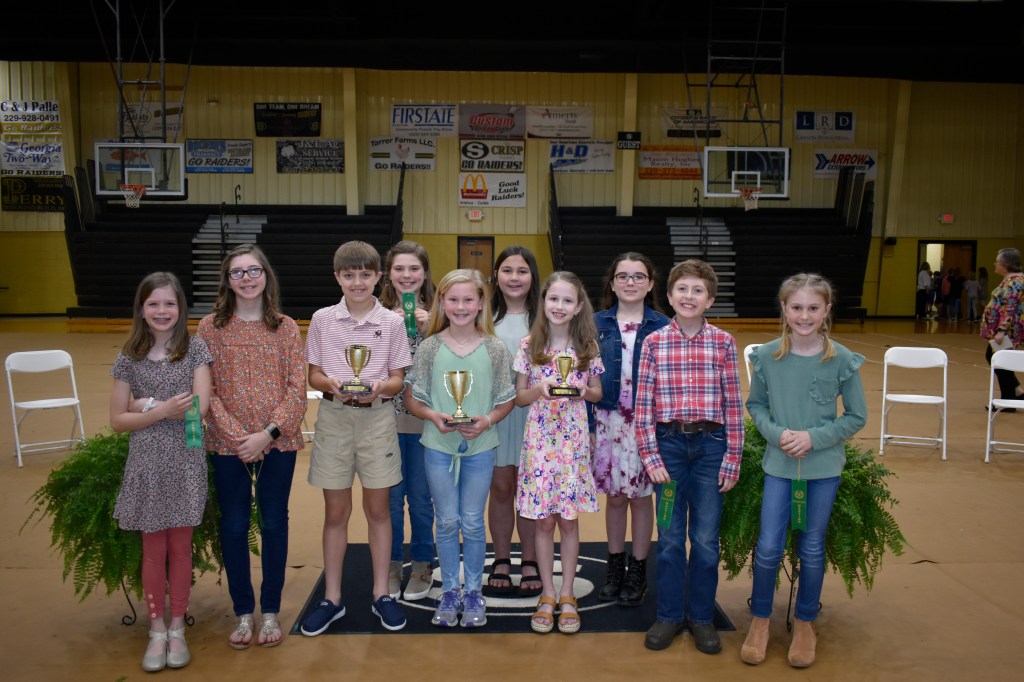 We have all known the butterflies which take up residence when it is our turn to address a crowd. What if I miss my words? What if I can’t get my point across? What if I simply get so anxious, I can’t breathe? Those butterflies have a fancy name, Glossophobia. Glossophobia is a fear of public speaking, and is so common, that if you don’t experience it, you are in a minority.  In fact, according to the National Institute for Mental Health, greater than 70% of the population report anxiety when they speak in front of a group. With numbers like that, it is more prevalent than a fear of heights, spiders or even death.

But Southland Academy knows the power of a great speaker and is intentional about giving their students an opportunity to grow their skills in this area. Talent was on display at Southland on Wednesday, March 9, 2022, as the lower school students have been busy learning the fine art of public speaking. In their final competition they shined for all to see. The speakers have been impressive all along, and after making it through several rounds of competition, they finally stood before a panel of judges, their peers and a group of proud family and friends.

Fourth and fifth grade were represented by the students, and it should be noted the competition was tough. The students had either written and delivered an original piece or offered their own rendition of another’s writing. The students were judged on elements such as clarity, pose, posture, interpretation, projection, expression and overall engagement.

The task was not for the faint. The students had memorized and delivered about 5-7 minutes of material as they took their place. Although they had delivered these speeches before, each audience is unique, and the speaker’s responsibility is to engage the audience in front of them. These students absolutely met the task. Each of the ten students was a master storyteller. They were animated and excited about the material they were presenting. Each speaker was a powerhouse of entertainment and offered the audience a story to get wrapped up in. The judges were to be pitied for their task in picking first, second and third place. After tales spun about such things as pets, farmers, watermelons, siblings and mamas, the judges sequestered themselves to choose just three to take home trophies.

Some time later, the judges returned to their seats, decision made, and delivered the news. Maison Duke, with her tale of what it was like to be the fourth sibling, would take first place. Maison is the daughter of Dr. and Mrs. Ray Duke. James Graft, having told a story on the humorous horrors which come with picture day would take home the second place trophy. Mr. and Mrs. Adam Graft are James’ parents. Kayden Miller, who rendered her version of meeting Winn Dixie the dog would take home third place. Kayden is the daughter of Mr. and Mrs. Matt Miller. Those receiving a very honorable mention were Sloan Arnold, Barrett Buchanan, Elliot Ferguson, Ella Reid, Lucy Roth, Kathryn Short and Olivia Smith.

Southland has done it again. They never fail to give us excellence and they are powerful in taking on the things which scare us. Southland and these students have proven when looked squarely in the face, fear tends to shrink. In this case, if Glossophobia was knocking on the door, the students fought the good fight and slayed it to bring us some fine entertainment. It takes confidence to face your anxieties and believe in yourself so strongly all the great parts of you shine through. It could be said that is the stuff of excellence. Southland has long stood as the stage to cultivate such a value. Congratulations all, a job very well done.