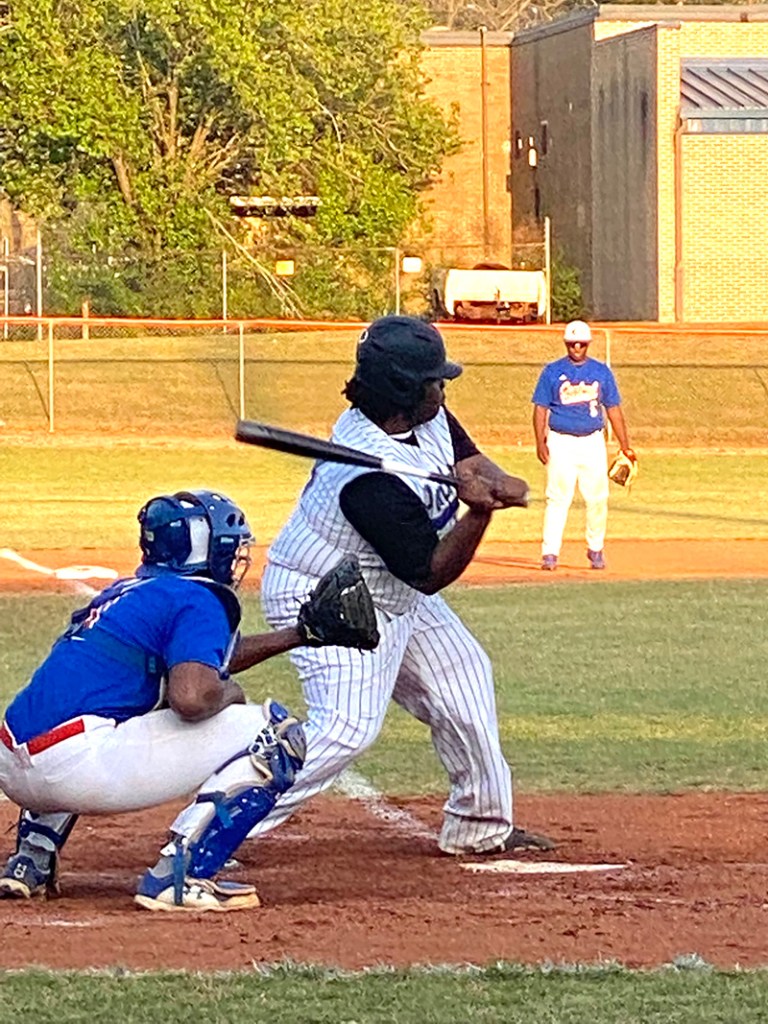 Sumter County’s Justin Jones doubled in a run in the bottom of the third inning in the Panthers’ 10-5 loss to Central (Macon). Photo by Ken Gustafson

AMERICUS – After two innings of play, the Sumter County Panthers (SCHS) only trailed Central (Macon) 1-0. However, the Chargers scored four runs in the top of the third on four hits, used aggressive base running and took advantage of an error. While the Panthers were able to fight back in the bottom of the third with three runs of their own, CMH was able to set the tone for the rest of the game. Over the remaining innings, the Chargers were able to take advantage of SCHS errors and would go on to defeat the Panthers 10-5 in this Region 2-AAA contest on Monday, March 28 at Thomas Bell Stadium.

“The errors, they hurt us tonight, but we gave ourselves a chance to win and that’s all you can ask,” SCHS Head Coach Lee Wright said. “You put yourself in a good situation and the kids did that and they battled and fought back, so we just can’t put ourselves in that big of a hole.” 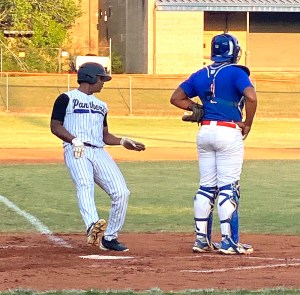 The Panthers trailed 5-0 going into the bottom of the third, but they rallied back with three runs on four hits, including an RBI double from Justin Jones. The Chargers took a 6-3 lead in the top of the fourth when Christian Kendrick reached on an error and stole second base. He was then able to score from second when the throw into second base got away. The Chargers added another run in the top of the fifth to take a 7-3 lead, but the Panthers responded with a run in the bottom half of the inning when Cason Hodges drove in Brian Williams, making the score 7-4 in favor of CMH. 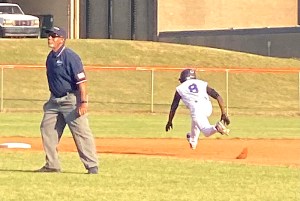 However, the Chargers answered with three more runs in the top of the sixth on a hit, a sacrifice bunt and two errors. The Panthers fought back in the bottom of the sixth with two runs on a hit and an error, but it would not be enough as CMH would go on to win by the score of 10-5. 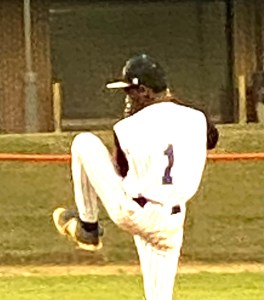 Sumter County pitcher Torrence Rush is seen here pitching against the Chargers in a relief role.
Photo by Ken Gustafson

The Panthers (3-10) will continue region play when they travel up to Forsyth to take on the Bulldogs of Mary Persons on Tuesday, March 29. First pitch is scheduled for 5:55 p.m.