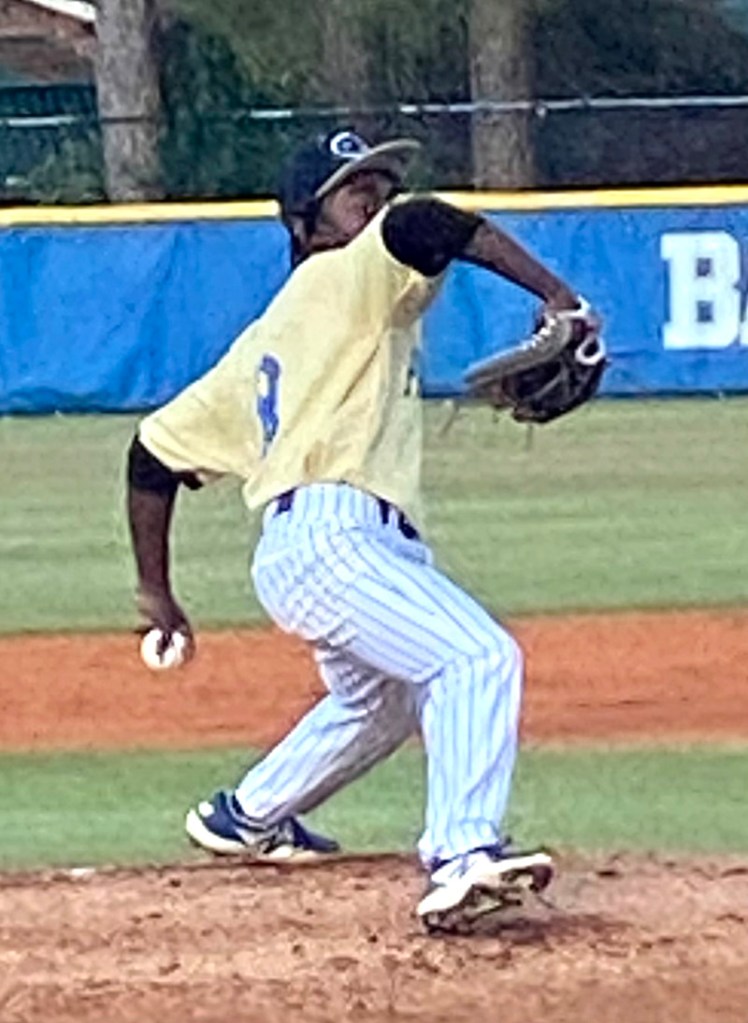 AMERICUS – The past several years have been difficult years for the Sumter County High School Baseball Program. The current Sumter County squad is 3-8 on the season, but while that might not sound good, it is actually a step in the right direction considering the fact that the team has already won more games than the 2020 and 2021 teams combined (2-34).

However, SCHS Head Coach Lee Wright is determined to turn the fortunes of the Panthers around, and while he knows that there is still a long way to go before the Panthers can be a legitimate contender for a region title and postseason play, he does see slow progress being made. In his opinion, one of the keys to forming a good, competitive team is for players to play together with each other for a long period of time.

“We have a group fop guys that are now juniors and they’ve been together since they were in the Sumter County Recreation Department,” Wright said. “They played on the All-Star teams together. They played together all the time.” Those players that Wright was referring to are Koby Robinson, Devon Dowdell, Torrence Rush and another player that transferred. Rush, Dowdell and Robinson are still current members of the Sumter County Baseball Team and, according to Wright, they are forming a strong nucleus. Wright went on to say that those three guys who will be seniors next year, along with some current eighth graders who have been playing for a while, will hopefully make for a really good group in 2023. 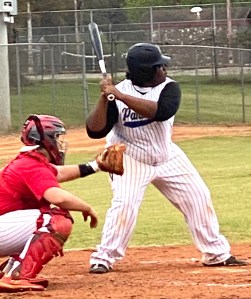 Sumter County’s Justin Jones went 1 for 2 with an RBI in the Panthers’ 16-6 loss to Marion County.
ATR Archive

To master any type of skill, whether playing a musical instrument or competing in a particular sport, it takes dedication and hours of practice to excel. For some of the members of the Sumter County baseball team, being that they excel in other sports, such as football, basketball and track, it is difficult for them to put in the time to develop the skills necessary to be good at baseball. According to Wright, though some may have the advantage of playing travel ball, the baseball players at both Southland Academy and Schley County are dedicated baseball players that choose to put in the time to hewn their craft.

“We have one of our student-athletes that plays travel ball, but outside of that, we have a lot of kids that play multiple sports,” Wright said. “During the summer, they’re either playing basketball, or they’re doing football and they’re doing spring practice getting ready for the football season. A lot of kids are splitting time there.”

Wright went on to say that in his opinion, a lot of the schools that have good baseball programs have kids that are dedicated baseball players. “That’s their sport,” Wright said. “They’re going to play travel ball. They’re going to come out and work out in the fall. They’re going to do those things that it takes to get better. Our guys, they split time. We have one guy, maybe two guys that are dedicated baseball players where you look at these other programs, they’ve got 15, 18 guys that are dedicated baseball players and maybe two or three that split time playing something else, so that’s the difference. Maybe we’ve got to go back to the rec department and start out guys earlier. The kids that go to Sumter County schools, get them involved in baseball earlier in the rec department and keep them together. That’s the fruit that we’re seeing today. That turn that we spoke of, that’s what we’re seeing evident from the Sumter County rec department where you get those guys together younger and you keep them together and they play together,” Wright continued.

He went on to say that that togetherness is what has made the Sumter County girls’ and boys’ basketball programs so strong and it is what made Sumter County football strong in years past. “Those kids play on those all-star teams and they play together all the time until they get to the high school level,” Wright said. “That’s the difference. It happens at Southland. It happens at Schley. I don’t see why we can’t do it here at Sumter County High School either. I think that’s the missing link.”

To sum it up, in Wright’s mind, togetherness for a long period of time is a major key to success. It’s starting out kids at five and six years old playing T-Ball and keeping them together as they advance up through the ranks of the rec department and, eventually, into high school.

Under the leadership of head coach John Brady, the Southland Academy baseball program has been very successful over the last few years. Many of Brady’s players also excel at basketball, football and other sports that Southland offers. For Coach Brady, it comes down to having a good working relationship with the coaches of the other sports, as well as having kids who love baseball and are willing to play during the off season.

“I think first of all, and most importantly, I have to have a great relationship with the basketball coach. Coach (Rundy) Foster and I work together to get our guys arms in shape as much as we can, especially pitchers,” Brady said. “They need to be throwing during basketball. We make sure they do things that are pretty risk free like hitting off a tee and throwing. I make sure they don’t throw the day of or day before a game so they won’t be sore. Then you have to have guys that are willing to do a little extra to prepare for baseball season. There’s no way they can be 100 percent prepared, but we try to get as close as possible. Then when basketball season is over, I try to get them live reps defensively and offensively if possible. Hitting is so hard. We swing a lot early trying to play catch up so to speak. Lastly, as a coach, you have to keep the kids focused on the big picture. You know there’s a good chance that there will be inconsistency early in the season so you have to just be focused on getting better every day and be playing better in April than you are in March. Don’t get caught up in making mistakes early in the season. All that said, it helps to have guys that love baseball and are willing to work and play in the off season/summer,” Brady continued. 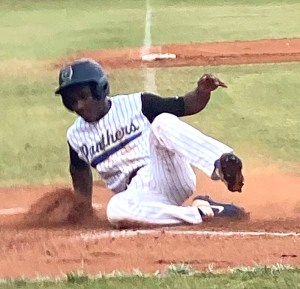 Of the four local high schools that field baseball teams, Schley County has been the most successful over the past few years. Under the leadership of head coach Chuck Cheek, since 2015, the Wildcats have won two state championships, two region championships and were the state runners-up in 2019. According to Cheek, it starts with the coaches of the different sports being willing to work with each other and help each others’ programs, as well as parents being committed to each sport their child plays.

“For us, we are in a situation where we are a small school and a lot of our athletes play multiple sports. I think this is great for the athletes. They don’t get burnt out on one sport year round and they learn something different and how to compete in each sport they play,” Cheek said. “It all starts with coaches being willing to work with each other. We have to sort of share athletes, which is tough, but it helps all of our programs. In the off season, we have to make sure each athlete gets enough time to practice and improve for each sport, but still has time to be a kid and have a life outside of our sports. That’s challenging, but we’ve been able to make it work. It also takes parents being committed to every sport their child plays. Helping to get them back and forth to practice and workouts is really important. Especially when they first get to high school and can’t drive yet.  It takes the whole village working together to make us successful at Schley. It is a great place to be,” Cheek continued.

As mentioned earlier, the Sumter County Panthers have already made strides. Though they are 3-9 on the season, they are one win away from equaling their best win total in three years. They swept Monroe earlier in the season by scores of 12-11 and 19-6 and drubbed Furlow Charter 26-0. To be fair to Furlow Charter, this is the first year the school has fielded a varsity baseball team.

If the current Sumter County players can stay together, along with the players who will be coming up to the varsity level, Coach Wright’s prediction that his team will be much better in years to come should eventually come to fruition.