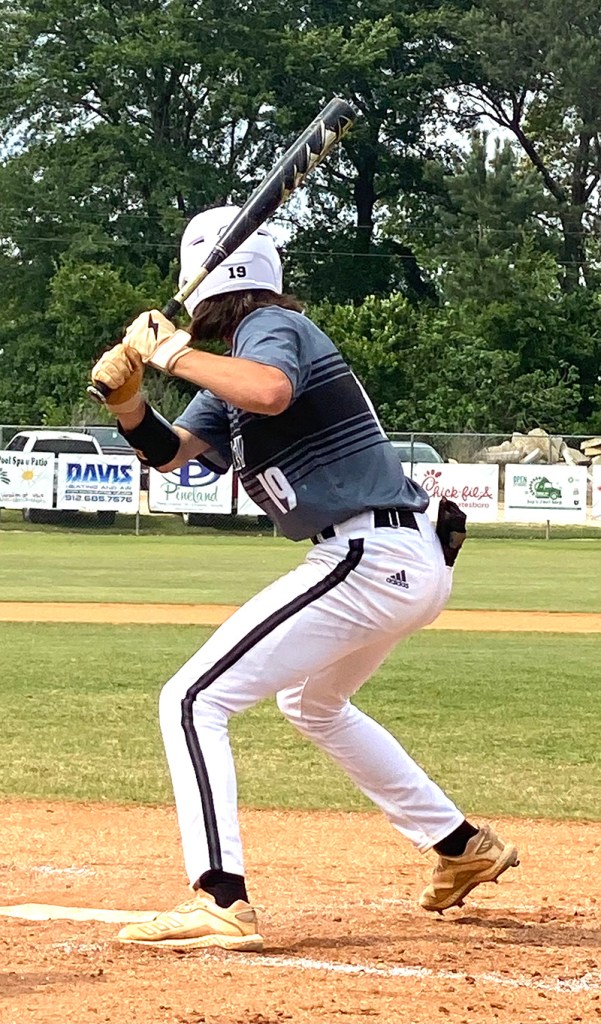 Schley County outfielder Owen Lamb went 2 for 4 at the plate with a double, three RBIs and scored a run in the Wildcats’ 12-2 victory over Manchester. ATR Archive

ELLAVILLE – With a 2-1 lead going into the bottom of the second inning in their game against Manchester (MHS), the Schley County Wildcats (SCHS) grabbed total control of the game by scoring five runs on four hits and taking advantage of an error and a hit batsman. That second inning enabled the Wildcats to set the tone for the rest of the contest and they went on to defeat the MHS Blue Devils 12-2 on Friday, March 25 at Schley County High School.

Ashton Raybon led off the frame with a single and stole second base before Owen Shufflebarger struck out swinging for the first out. Carson Westbrook then singled, advancing courtesy runner Sam Forehand to third base with one out.

After Forehand scored on a passed ball to give the Wildcats a 3-1 lead, Brody Fuller was hit by a pitch, putting runners at first and second with one out. Then Jack Clark reached on an error that allowed Westbrook to score from second, giving SCHS a 4-1 lead.

Owen Lamb then belted a two-run double to right field and Trypp Lumpkin followed that up by driving in a run on a fielder’s choice to complete the five-run barrage.

The Blue Devils were able to score a run in the top of the third, but in the bottom of the third, the Wildcats added four more runs on four hits and took advantage of an error to increase their lead to 11-2.

In the bottom of the sixth, SCHS added its final run of the game when Cameron Barnes reached on an error that allowed Trenton Stubbs to score from third.

Raybon got the start on the mound for SCHS and gave up two runs on four hits, walked one and struck out four in four innings of work. Shufflebarger came on in relief of Raybon and pitched two scoreless innings to close out the game.

The Wildcats (10-4) have now won two of their last three games and will try to make it three out of four when they travel up to Butler to take on Taylor County in another Region 5A-Public contest on Tuesday, March 29. First pitch is scheduled for 5 p.m.