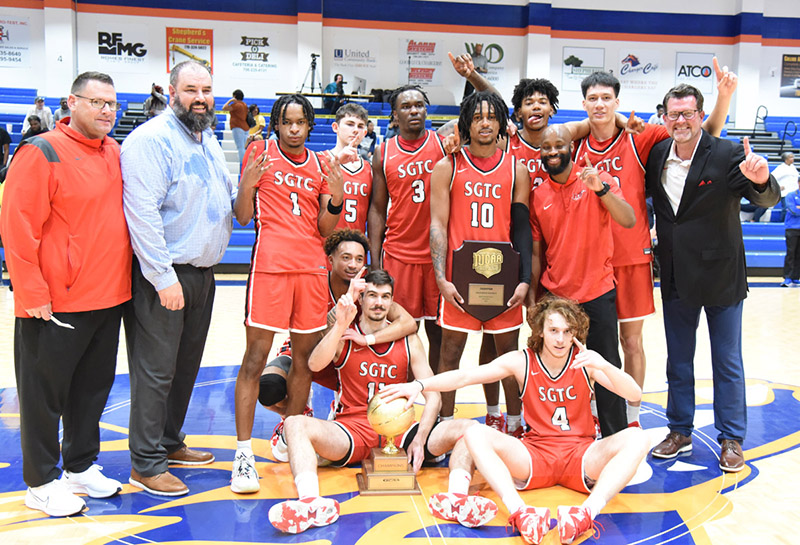 Shown above are the Jets after defeating Georgia Highlands to earn the opportunity to attend the NJCAA National Tournament in Hutchinson, Kansas. Photo by SGTC Athletics

AMERICUS – The South Georgia Technical College Jets Booster Club will be hosting its 2021 – 2022 recognition and awards banquet on Tuesday, April 5th at 6 p.m. in the John M. Pope Center to honor the Jets and Lady Jets basketball teams that both advanced to the National Junior College Athletic Association (NJCAA) national tournaments in Hutchinson, Kansas and Lubbock, Texas.

All South Georgia Technical College Jets Booster Club members, guests, supporters, and SGTC Faculty and Staff are encouraged to attend and show appreciation to the 2021 – 2022 Jets and Lady Jets athletes that represented this community on the national showcase among the best of the best.  To RSVP or for more information contact Terri Battle at tbattle@southgatech.edu or 229-931-2719.

This is only the second time in the 20-year history of the Jets basketball program at SGTC that both teams have qualified to attend the National Junior College Athletic Association’s national basketball tournament that feature the top 24 two-year Division I colleges and athletes in the nation.  Over 60,000 student-athletes from over 500 member colleges compete in 27 different sports as members of the NJCAA. 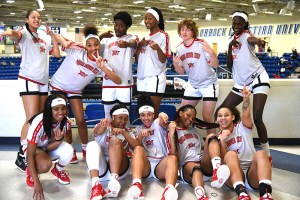 Shown here are the SGTC Lady Jets getting ready for their first game at the NJCAA National Tournament in Lubbock, Texas.
Photo by SGTC Athletics

The Lady Jets finished the season 27 – 7 overall and made it to the Sweet 16 in the NJCAA Division I women’s basketball tournament in Lubbock, Texas.   The Lady Jets were ranked 8th in the final NJCAA national polls and received an at-large bid to the national tournament after falling to the NJCAA National runners-up Georgia Highlands Lady Chargers in the GCAA end of the season tournament.

This was only the third time in the 20-year history of the Jets program that the men have qualified to attend the NJCAA Division I national tournament in Hutchinson, Kansas.  This was the NJCAA men’s tournament 75th anniversary.  Former head coach Steven Wright took the Jets the first two times and first-year head coach Chris Ballauer took the team this season.

The Jets, 11 – 5 and 22 – 12 overall finished second in the GCAA conference regular season but defeated Georgia Highlands in Rome to secure the GCCAA tournament and NJCAA Region 17 title to advance to the National Tournament.  They dropped an 88 – 80 decision to South Plains College in the first round of the NJCAA National Tournament.