Walks and errors doom Panthers in loss to Webster County 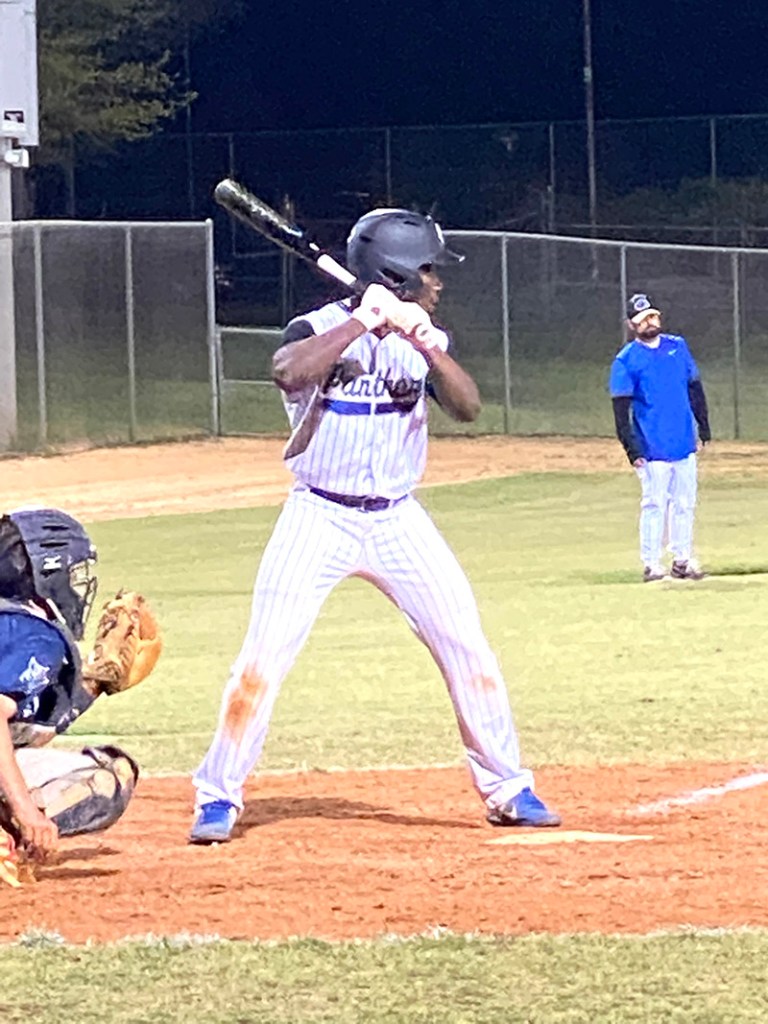 Sumter County catcher JaKory Wise went 3 for 5 at the plate with a double, three RBIs and scored a run in the Panthers’ 19-9 loss to Webster County. Photo by Ken Gustafson

AMERICUS – With two innings to go in its game against Webster County (WC), the Sumter County High School Baseball Team (SCHS) had a 9-7 lead and was two innings away from its fourth win of the season, which would have tied the most wins the Panthers have had since the 2018 season (4-16). However, the things that have plagued the Panthers all season long reared their ugly heads again in this game: walks and errors. During the six and seventh innings against WC, the Panthers walked a total of nine batters and committed three errors. This enabled WC to score six runs in the sixth and six more in the seventh and eventually led to a 19-9 loss for SCHS on Wednesday, March 29 at Thomas Bell Stadium.

In total, the Panthers committed seven errors and walked 14 batters in this game.

“The guys fought hard, but they made a lot of errors and it put us in some holes and we ran out of pitching and strikes at the end,” SCHS Head Coach Lee Wright said. “We threw a lot of balls and walked a lot of guys at the end and that kind of hurt. Overall though, I saw some good things.”

WC struck first with three runs in the top of the first inning, but the Panthers fought back in the bottom half of the inning with three runs of their own. With one out, SCHS came up with three straight singles from JaKory Wise, Koby Robinson and Braylon Terry to load the bases. After Justin Jones struck out for the second out, Kentravius Dunning was able to draw a walk that scored a run. Both Robinson and Terry scored on a passed ball and the score was tied at 3-3.

In the bottom of the second, the Panthers took a 4-3 lead when Wise drove in Cason Hodges and would later take a 7-3 lead with three more runs in the bottom of the fourth. Having reached on an error to lead things off, Torey Smith was on second with two outs before Robinson reached on an error that allowed Smith to score. Terry then singled home Robinson and the Panthers led 6-3. SCHS then got its seventh run of the game when Justin Jones doubled to left field, scoring Terry and making it 7-3 Panthers.

In the top of the fifth, WC responded with four runs on four hits and took advantage of a hit batsman, three walks and an error, but the Panthers had a response in the bottom of the fifth, as Wise came through again with a two-run double to give SCHS a 9-7 lead.

Unfortunately for SCHS, those two runs would be the last runs they would score in the contest. Over the next two innings, SCHS pitchers could not find the strike zone and issued a total of nine walks that resulted in a total of 12 runs scored by WC during the sixth and seventh innings. In the bottom of the seventh with two outs, the Panthers put a runner aboard when Torrence Rush singled, but Wise grounded out to end the game.

Kentravius Dunning got the start on the mound for the Panthers. He gave up nine runs on six hits, walked six and struck out seven in five innings of work. Braylon Terry came on in relief of Dunning, but also struggled, giving up 10 runs on three hits, walking eight and striking out two. Torey Smith was the final pitcher used by SCHS and did not give up any runs or hits, nor did he post any walks or strikeouts.

The Panthers will try to earn their fourth win of the season when they host Mary Persons on Friday, April 1 at 6 p.m.