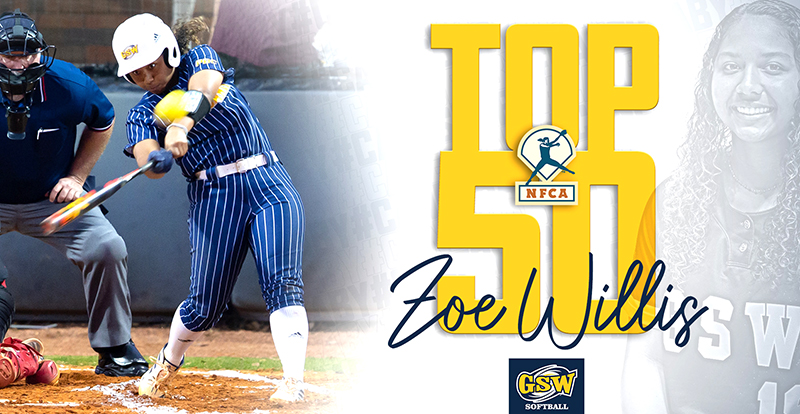 The fifty student-athletes from across the country were revealed as part of the annual Schutt Sports/NFCA Division II National Player and Pitcher of the Year awards program.

The Player of the Year award was created in 2015 to honor the outstanding athletic achievements among softball student-athletes throughout NCAA Division II. In 2019, the Association expanded the award to include a Player and Pitcher of the Year. The list is compiled and the award is voted on by the elected members of the NFCA Division II All-American Committee with one head coach representing each of the eight NCAA regions. To be eligible, a student-athletes’ head coach must be a member.

*Includes student-athletes from the California Collegiate Athletic Association (CCAA), who earned All-America status in 2019, but did not compete in 2021 due to COVID-19 policies.

The Lone Star Conference topped all leagues with seven honorees, followed by the Great Lakes Valley Conference with six representatives. The CCAA and South Atlantic Conference each had five student-athletes, with the Northern Sun coming in with four. Willis was one of two Peach Belt Conference honorees.

The Top 25 finalists for the 2022 Schutt Sports / NFCA Division II National Player and Pitcher of the Year awards will be announced on May 5. A student-athlete does not have to be on the Top 50 list to be considered for the Top 25. The winner of each award will be announced on June 2, following the conclusion of the 2022 season.