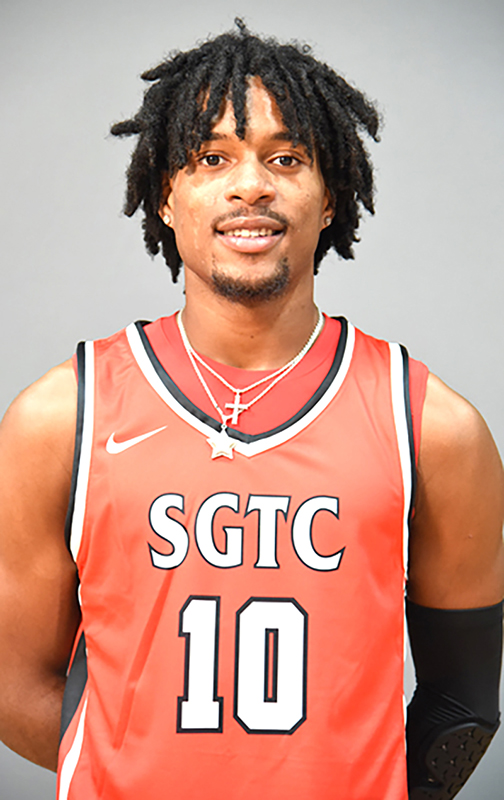 “I am super excited for Marvin and what he has accomplished,” said South Georgia Technical College Jets head coach Chris Ballauer. “In my 20 plus years of coaching, I am not sure I have ever had a player make the jump he did in his development on the court and his maturing off the court.  He worked hard for this accomplishment.  I also think it is a testament to our player development and Assistant Coach Jaren Harris for the hard work he puts in every day with the players.

McGhee and Jayvis Harvey from Georgia Highlands were the only Georgia Collegiate Athletic Association (GCAA) men’s basketball players to be named to the NJCAA All-America teams.  Harvey received an Honorable Mention All-American bid.

McGhee, a 6’ 4” guard from Atlanta, GA, played at South Georgia Technical College and Coach Ballauer as a freshman and as a sophomore.  This season, he led the GCAA in points per game averaging 20.4 and was the second leading three-point percentage shooter in the league with a 44.9% success rate behind his teammate Malik Battle, who led the league with a 50.3% success rate from the three-point line.

As a freshman for the Jets, McGhee averaged 14.5 points per game, started all 16 games during the COVID-19 shortened season, averaged 7.5 rebounds, and 3.0 assists.  He hit 38.8% of his shots from the field, 37% of his three-point attempts and 75% of his free throws.  The Jets finished the season in 3rd place during his freshman year and were 11 – 5 and 14 – 10 overall with Chris Ballauer as the interim head coach.

This year, the Jets finished the season 22 -12 overall and 11 – 5 in the conference.  They were second in the GCAA at the end of the regular season but then upset Georgia Highlands in the GCAA end of the season tournament to capture the Region 17 title and advance to the NJCAA National Tournament in Lubbock, Texas.  This was the third trip to the national tournament for the Jets in 20-years and the first since 2009.  It was also the first trip for Chris Ballauer as head coach.  The former assistant coach also was named NJCAA Region 17 Coach of the Year and NJCAA Southeast District Coach of the Year.

“I am beyond proud of what this group accomplished with this being my first season as a full-time head coach,” said Coach Ballauer when asked about the overall season.  “This team brought in and set goals.  Each day we strived to be better than the day before.  This group made history here at South Georgia Tech by making it to the national tournament and winning the NJCAA Region 17 Conference Tournament.  Each one of these guys has an unbelievable future ahead of them and I can’t wait until what we accomplished really hits them in some years from now.

McGhee’s teammate, Jalen Reynolds, a 6’ 7” forward from Darien, GA, returned this season for a third year, due to the COVID-19 shortened season in 2020 – 2021.  He was named an NJCAA second team All-American last season.