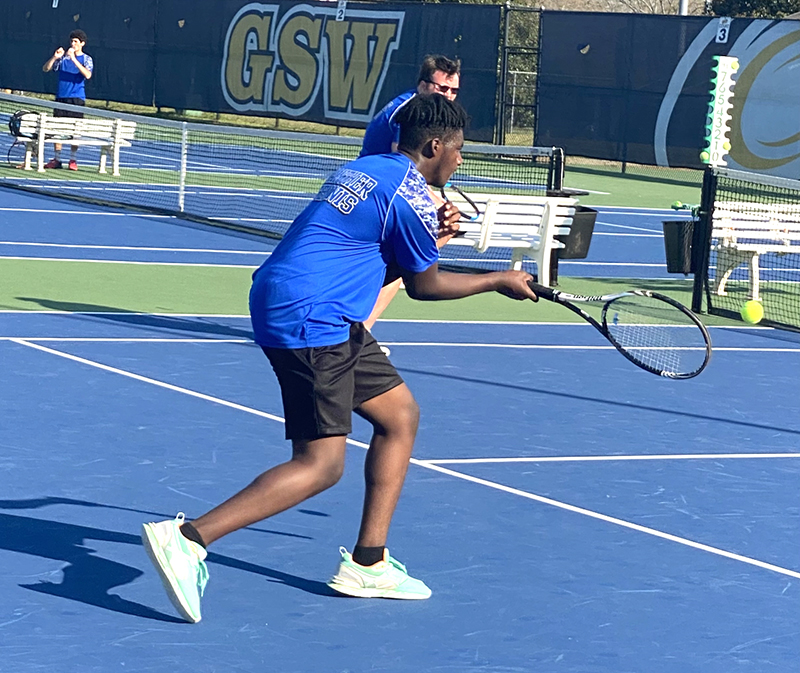 BUENA VISTA, GA – The rackets are still hot for the Panthers, as the Sumter County boys tennis team has now won three straight matches with Monday’s 4-1 victory at Marion County.

The Panthers got things going in the right direction when Riley Herron defeated Anthony Titow in a hard-fought match. Herron won the first set 6-3, but had to win the next two sets in tiebreakers 9-6 and 12-10.

In doubles action, the SCHS team of James Schopen-Davis and Mitchell Herron defeated the MC team of Will Howard and Colby Howard 6-0, 6-1, thus securing the team win for the Panthers. SCHS finished up the match when the Panthers’ doubles team of Jacorey Wright and Corey Wright defeated the MC duo of Landon Morris and Will Roberts in straight sets 6-2, 6-0.