Errors prove fatal for Schley County against Fitzgerald at GSW 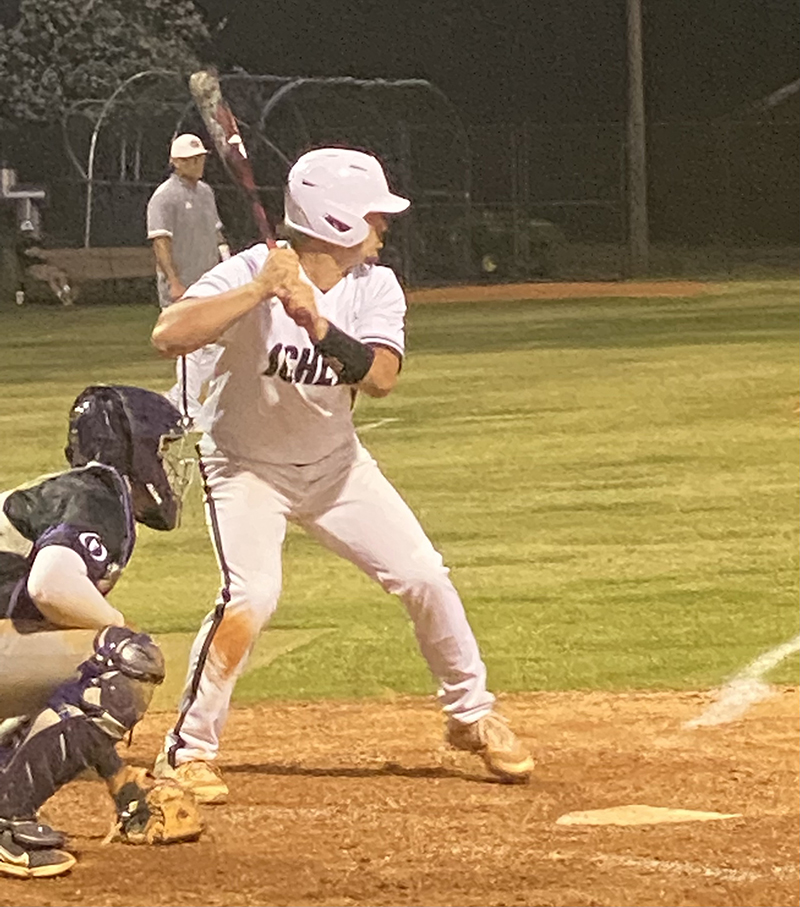 Schley County third baseman Jack Clark went 2 for 3 with an RBI in the Wildcats’ 9-7 loss to Fitzgerald. Photo by Ken Gustafson

AMERICUS – The Schley County Wildcats (14-5) took the Georgia Southwestern State University baseball diamond on Monday, April 4 hoping to extend their winning streak to five games with a win over Fitzgerald (FHS). However, errors in the field plagued the Wildcats all night and they ultimately led to a 9-7 defeat at the hands of the 7-15 Purple Hurricanes on the GSW Hurricanes’ field.

The Wildcats committed a total of six errors in this game and according to SCHS Head Coach Chuck Cheek, it has been a big problem of late.

“Defense, more than anything, is the first thing we start off with and the last thing we end with”, Cheek said. “We put a priority on it. We pride ourselves on our defense and we’ve played some really awful defense the past couple of weeks. It’s time for the excuses of guys being hurt to be gone. The guys that are out there have to make plays and if they don’t, we’ll find somebody else. We scored seven runs and we left quite a few on base. For the past 15 years, when we’ve scored seven runs, we’ve won most of those games. Our defense has to get better. It trickles down to everything. We got four ground balls and a strikeout in the first inning and gave up three runs and I think that’s just not ok.” 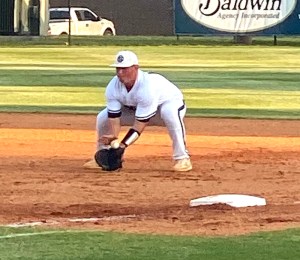 Schley County first baseman Trenton Stubbs fields a ground ball against Fitzgerald. Stubbs went 1 for 4 with an RBI and a run scored in the Wildcats’ loss to FHS.
Photo by Ken Gustafson

The Purple Hurricanes scored three runs on two hits, but took advantage of two errors and a walk. The Wildcats responded with a run in the bottom of the first when Owen Lamb drove in Brody Fuller on an RBI single, but FHS responded with a run in the top of the second inning when Landon Kight, a member of the Americus Travelers Baseball Team, drove in a run on a fielder’s choice. However, another error was committed by the Wildcats in this inning and it led to that run for the Purple Hurricanes.

Down 4-1 in the bottom of the second, the Wildcats were able to fight back and tied the game with three runs on two hits and they took advantage of three walks by Kight, the FHS starting pitcher. Carson Westbrook drove in the first of those three runs on a fielder’s choice and Brody Fuller and Jack Clark followed that up with back-to-back RBI singles.

FHS regained the lead in the top of the third on a hit and another SCHS error, but the Wildcats countered with two runs in the bottom half of the inning on a two-run single by Westbrook to take a 6-5 lead.

However, the turning point of the game came in the top of the fifth inning. With two outs, FHS put a runner on first via a walk. Then Chase Carroll tied the game on an RBI triple. Ryan Smith then gave the Purple Hurricanes the lead on an RBI single and Jasper Goodman would then reach on another error by the Wildcats. That opened the door for the Purple Hurricanes to score two more runs, which they did on back-to-back singles by Connor Clemons and Landon Kight.

The Wildcats fought back in the bottom of the sixth when Brody Fuller stole home, but that would be as close as they would get.

In the bottom of the seventh, the Wildcats were able to get two men on base with one out when Riley Cooper drew a walk and Ashton Raybon singled, but Owen Shufflebarger lined out to FHS pitcher Avery Newell and Westbrook grounded out to shortstop to end the game.

Jack Clark and Owen Lamb both went 2 for 3 with an RBI and Ashton Raybon went 2 for 2 to help lead the Wildcats’ offense. 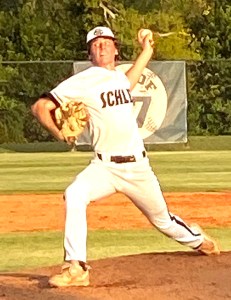 Schley County starting pitcher Owen Lamb gave up five runs on four hits, walked one and struck out three in the Wildcats’ loss to Fitzgerald.
Photo by Ken Gustafson

Lamb, who is another member of the Americus Travelers, got the start on the mound for SCHS. In three innings of work, Lamb gave up five runs on four hits, walked one and struck out three. Ashton Raybon came on in relief of Lamb and gave up four runs on six hits, while walking two and striking out two. Brody Smith was the final pitcher used by the Wildcats. He pitched two scoreless innings, giving up one hit, walking one and striking out four.

Drew Moore went 3 for 4 at the plate and scored a run to lead the FHS offense and Landon Kight gave up six runs on seven hits, walked five and struck out one as the starting pitcher for the Purple Hurricanes.

Weather permitting, the Wildcats will try to rebound from this set back, as they are scheduled to host Westfield in a GHSA/GISA matchup on Tuesday, April 5 at 6 p.m.