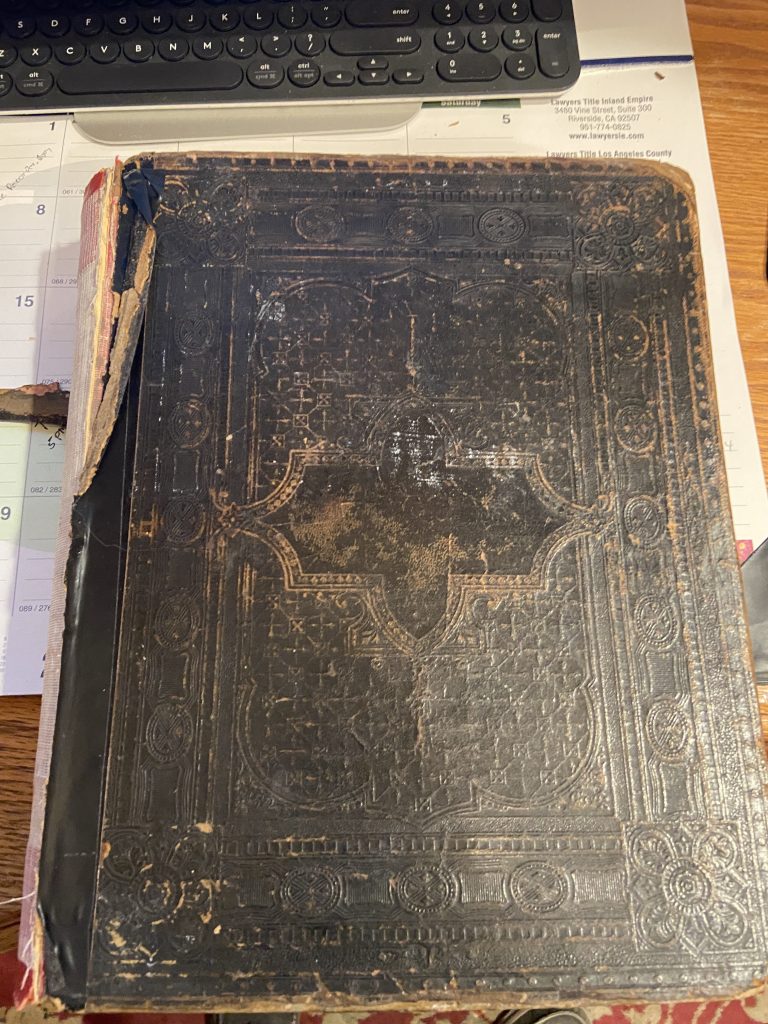 Thirty years ago, a “peddler” walked into the office of Gil Lopez in California. He was selling a Bible and an old hymnal. Lopez purchased the Bible and has been trying to get it home to its family. The Bible is in very fragile shape as the first edition was printed in 1889. The Bible likely belongs to the Parrish family. One of the first entries is one indicating that G. W. Parrish was perhaps born in 1841 and was a confederate soldier from 1861-1865. It appears his son, G. W. Parrish, Jr. was born in 1878 in Savannah. In addition to the son, one of the early entries belongs to Orrie Lee Parrish and it appears something significant happened in her life in 1878 as well. In 1897 there appears to be a marriage between G. W. Parrish and Orrie Arnold in Terrell County. 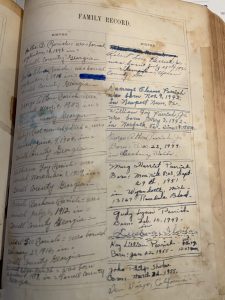 Inside of the Bible there were several keepsakes that include newspaper clippings as well as quotes and cards which appear to be from other family members. Addresses were also mentioned in the writings to include Pine Street as well as West Patterson Street. The entries include events happening in Terrell and Monroe County as well as Americus. A William Foy Parrish is mentioned as having an affiliation with law enforcement in some way. Also, in public service includes a R. L. Stephens who took over as the chief of the fire department after his brother had died and left the position open. 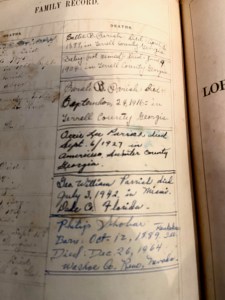 The last entry in the Bible was a death on 12/26/1964 of a man named Phillip. The Bible appears to have originated in Terrell County and the last entries made were regarding events which happened in Nevada. In addition to Georgia and Nevada, there are events listed as haven taken place in California and Florida. 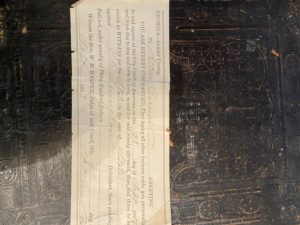