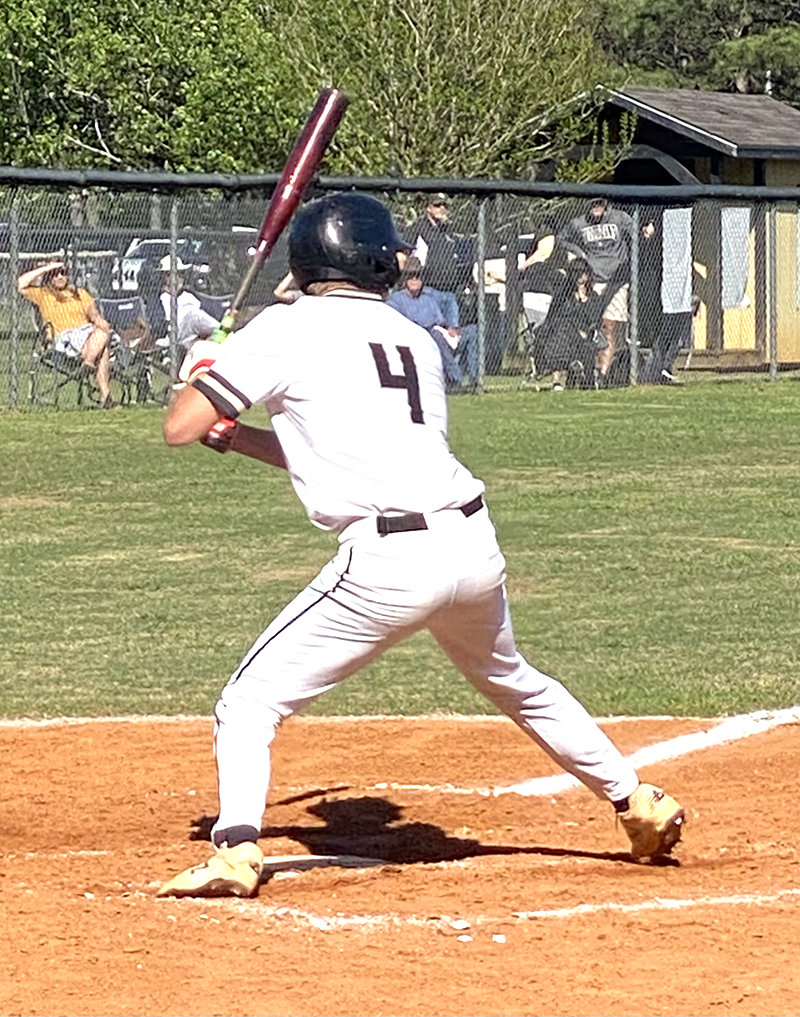 Southland Academy shortstop Henry Johnson went 2 for 4 with an RBI and three runs scored in the Raiders’ 13-10 loss to Tiftarea Academy in Game 2 of a three-game series. Photo by Ken Gustafson

AMERICUS – After falling to Tiftarea Academy 9-2 in Chula on Monday, April 4, the Southland Academy Raiders (SAR) were hoping to even the three-game series when they took the field at the SAR baseball complex on Thursday, April 7 for the rematch against the Panthers. Both teams fought it out in an offensive, back-and-forth slug fest, but in the top of the seventh inning, TA scored three runs on one hit and took advantage of three errors and a hit batsman to earn a 13-10 victory over the Raiders, thus taking at least two of the three games in the series with one more to be played at Southland on Friday, April 8.

The loss puts the Raiders at 8-6 overall and 3-2 in the GISA Region 3-AAA standings.

The Raiders pounded out nine hits in this game, with Henry Johnson leading the way by going 2 for 4 with a triple, an RBI and three runs scored. Chase Ledger also had a multi-hit game for SAR, as he went 2 for 5 with four RBIs.

However, Ledger struggled on the mound in this game as the Raiders’ starting pitcher. He gave up six runs on six hits, walked three and struck out four in three innings of work. Greer Hagerson came on in relief of Ledger and gave up seven runs on five hits, while walking three and striking our two. 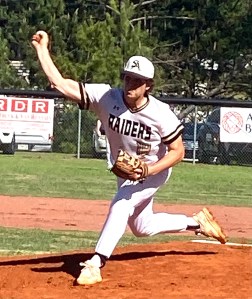 The Panthers scored the first run of the game in the top of the first on a RBI double by Logan Moore, but the Raiders responded in the bottom of the inning when Will Godwin drove in Johnson on an RBI single to tie the game.

SAR then took a 4-1 lead in the bottom of the second by scoring three runs on an RBI single from Ledger and took advantage of three walks and a hit batsman.

The Panthers, however, countered with three runs in the top of the third to tie the game. They took advantage of a walk, a hit batsman, an error and an RBI single by John Austin Lee.

TA then took a 6-4 lead in the top of the fourth. Matthew Malone led the frame off with a double and Hayden Murphy reached on an error that allowed Malone to score. Then Logan Moore belted an RBI double to bring home Murphy, giving the Panthers a 6-4 lead.

However, as they have done all year, the Raiders fought back in their half of the inning. SAR was able to get runners on first and second with one out. Then Ledger drove in a two-run single to tie the game at 6-6.

However, the Panthers struck again in the top of the fifth with four runs on four hits. After a leadoff double by Lane Cole, John Austin Lee would later execute a fielder’s choice bunt that allowed Cole to score, giving the Panthers a 7-6 lead. Later on in the inning with two outs, Murphy drove in a run on an RBI single to give TA an 8-6 advantage. Shortly thereafter, Matthew Malone scored on a passed ball and John Jackson gave TA its 10th run of the game on an RBI single.

Down 10-6, the Raiders fought back once again in the bottom of the sixth. Hudson Collins led off with a single and Johnson tripled in Collins to cut SAR’s deficit to 10-7.

Later on in the frame with one out, Perry Usher drilled an RBI double and two more runs would score when Hagerson belted a double, tying the game at 10-10. 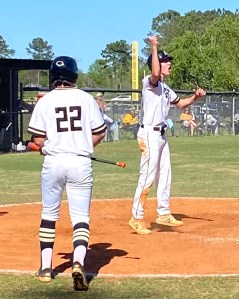 Unfortunately for SAR, the Panthers threw the last connecting punch of the game in the top of the seventh and it started out with a leadoff walk and an error. Then with runners at first and second and one out, both runners advanced to second and third on an error. Logan Moore was hit by a pitch to load the bases and a run would score on a passed ball to give TA an 11-10 lead. Matthew Malone would then steal home plate on an error to make it 12-10 and Jackson capped off the Panthers’ run production with an RBI double, making the score 13-10 in favor of TA.

Errors were a major factor in this game for the Raiders, as they committed a total of six.

Down 13-10 with one last chance in the bottom of the seventh, the Raiders tried to mount a comeback. Caleb Law drew a leadoff walk, but Matthew Malone, the Panthers’ pitcher at the time, retired the next three batters in order to seal the victory for TA.

The Raiders will try to salvage a game in this three-game region series when they host the Panthers Friday afternoon at 4:30 p.m.