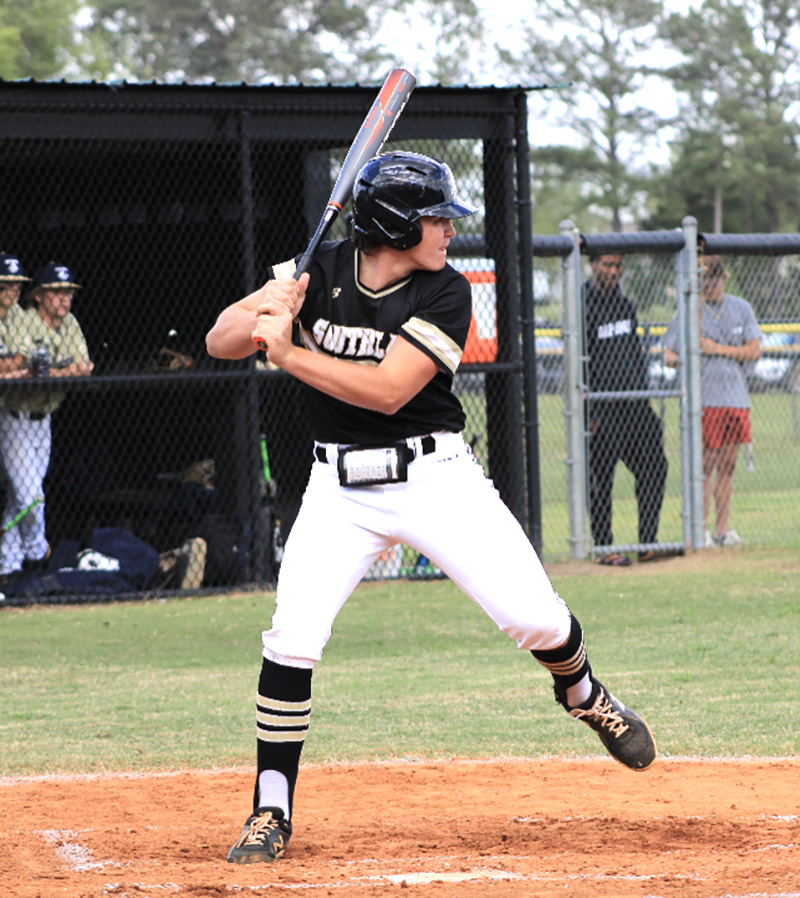 AMERICUS – As was the case on Thursday, the bats were active for both Southland Academy (SAR) and Tiftarea Academy (TA) in the final game of the three-game series between both teams. Trailing TA 5-3 in the bottom of the third, the Raiders exploded for eight runs on five hits, including a three-run homer by Perry Usher, to take an 11-5 lead. However, it was a lead that SAR could not hold as the Panthers roared back with four runs in the sixth and six in the seventh to score a 15-13 come-from-behind victory over the Raiders on Friday, April 8 at Southland Academy.

While the Raiders swung the bats to the tune of 15 hits, according to SAR Head Coach John Brady, the Raiders failed in two critical areas in this game and those two factors led to the outcome.

“Number one, we’re not throwing enough strikes. We’re not getting ahead in the count and we’re walking too many people,” Brady said. “Number two, there’s a play or two in the game that we are not making that is making the difference. That’s pretty much what it boils down to. We are a better baseball team than what we showed yesterday (Thursday) and today, much better, much better, much better and we’ve got to turn the page and go play Valwood next week.”

Walks were a factor in the Raiders’ loss in Game 3 against TA, as SAR pitchers Perry Usher, Matthew Saint and Caleb Law combined for six walks. Unfortunately for Usher, who started the game, the loss overshadowed his nine strikeouts on the day. 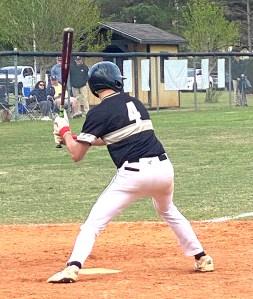 Both teams scored two runs in the first inning, but the Panthers took a 5-2 lead in the top of the second by scoring three runs on a three-run home run by Hayden Murphy.
The Raiders countered with a run in the bottom of the second when Fisher Britt scored on a passed ball, but in the bottom of the third, SAR exploded for eight runs on five hits, which included Usher’s three-run homer and a two-run double by Henry Johnson.

Over the next two innings, both teams were held scoreless, but TA began its comeback in the top of the sixth. The Raiders were one out away from making the sixth inning a scoreless one for the Panthers, but Jam Presley kept the inning alive with a single. That single by Presley proved to be a crucial turning point in the game, as it opened the door for the Panthers to score four runs and come within two at 11-9.  After Presley’s single with two outs, Matthew Malone stepped up to the plate and belted a two-run homer, making the score 11-7 SAR.

Fortunately for the Raiders, Usher was able to strike out Lane Cole to end further damage, but the Panthers were back in the game. 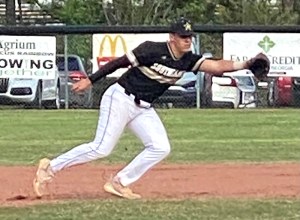 Other than a single from John Brady, SAR was not able to get anything done offensively in the bottom of the sixth and it gave TA the opportunity to keep its offensive explosion going in the top of the seventh. The Panthers scored six runs on four hits and took advantage of three walks and two hit batsmen. One of those hit batsmen scored a run, as did one of the three SAR walks. The big hit in the inning came off the bat of Logan Moore, who drove in three runs on a double to right field.

William Garner would then get hit by a pitch from SAR reliever Caleb Law and that allowed Logan Moore to score from third.

Four innings ago, the Raiders had an 11-5 lead. Now they found themselves trailing 15-11 and three outs away from a crushing defeat. 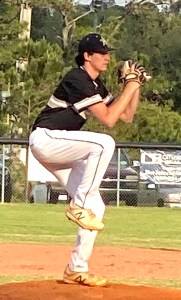 However, as has always been characteristic of SAR teams, the Raiders did not give up and they fought back in the bottom of the seventh. Greer Hagerson kept hope alive with a lead off single and Caleb Law followed with a single, putting runners at first and third with one out. Then Henry Johnson drove in two runs on an RBI single and the Raiders were within two at 15-13.

However, there would be no come-from-behind victory for SAR, as Chase Ledger grounded into a double play to end the game.

Johnson was 5 for 5 on the day with six RBIs and scored two runs to lead the SAR offense.
Both Buddy Brady and Caleb Law had multiple-hit games and Perry Usher went 1 for 3 with the three-run homer in the third.

The Raiders will try to bounce back from this heartbreaking set back when they travel down to Hahira, GA on Friday, April 15 for a doubleheader against Valwood. First pitch of Game 1 is scheduled for 4 p.m. and Game 2 is scheduled to start at 6:30 p.m.