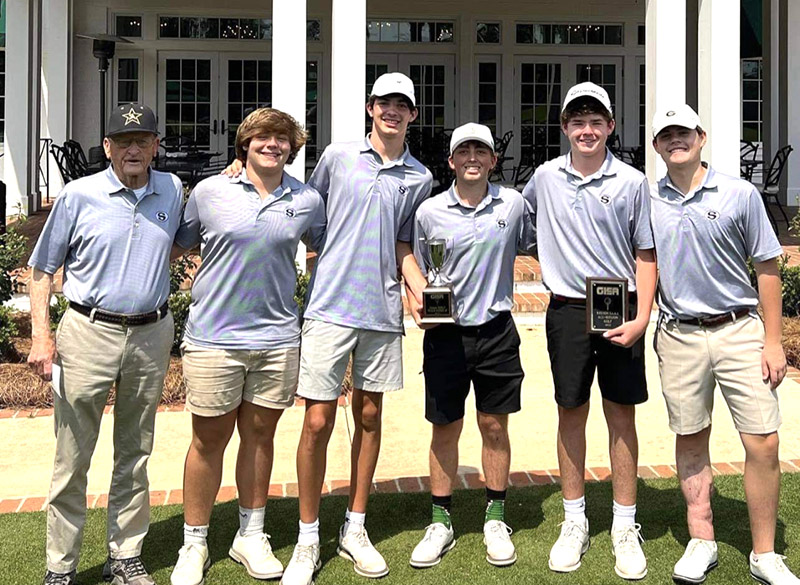 Brookwood Academy captured the region title with a team score of 275, but the Raiders didn’t finish far behind as they turned in a team score of 311 to finish as the region runner-up. Other teams that participated in the tournament included Valwood and Tiftarea Academy.

Five players made the All-Region Team based on score. SAR’s William Easterlin earned All-Region honors with an even par of 72 and four Brookwood players made All-Region, including J.D. Culbreth, who shot a score of 62.

SAR Head Coach Rob Ivey had high praise for the Raiders for the way they competed in the tournament. “That was one of our best scores in several years,” Ivey said. “I was very pleased with their work ethic this year.” Coach Ivey also had high praise for SAR Assistant Coach Melvin Kinslow, who, according to Ivey, brought a wealth of knowledge and experience to the golf course.

Other SAR players that competed in the tournament included Banks Simmons (76), Will Reeves (81), John Robert Payne (82) and Jackson Avant (85).

The Raiders will participate in the GISA Class AAA State Tournament on Monday, April 25 at the Harbor Club at Lake Oconee. There will be 16 teams and a total of 80 golfers competing in the state tournament.