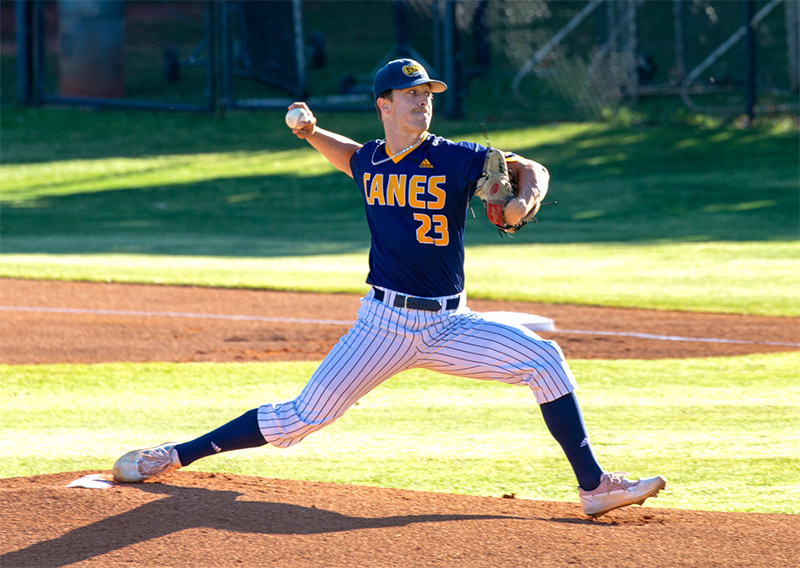 AMERICUS, GA. – Georgia Southwestern State University senior right handed pitcher Jared Donalson was named the Peach Belt Conference Player of the Week for the second week in a row. The senior out of Albany, Ga. is just the second player in the conference to earn back-to-back honors.

Donaldson pitched a complete-game six-hit shutout against Flagler on Thursday 1-0 in the series opener. The senior from Albany, GA. scattered six hits, issued no walks and struck out 10 to improve to 7-3 on the season. He retired the fist five batters he faced and set down the side in order four times, including striking out the side in the eighth. He allowed only two hits in the same inning one time and completed the game with 108 pitches thrown.