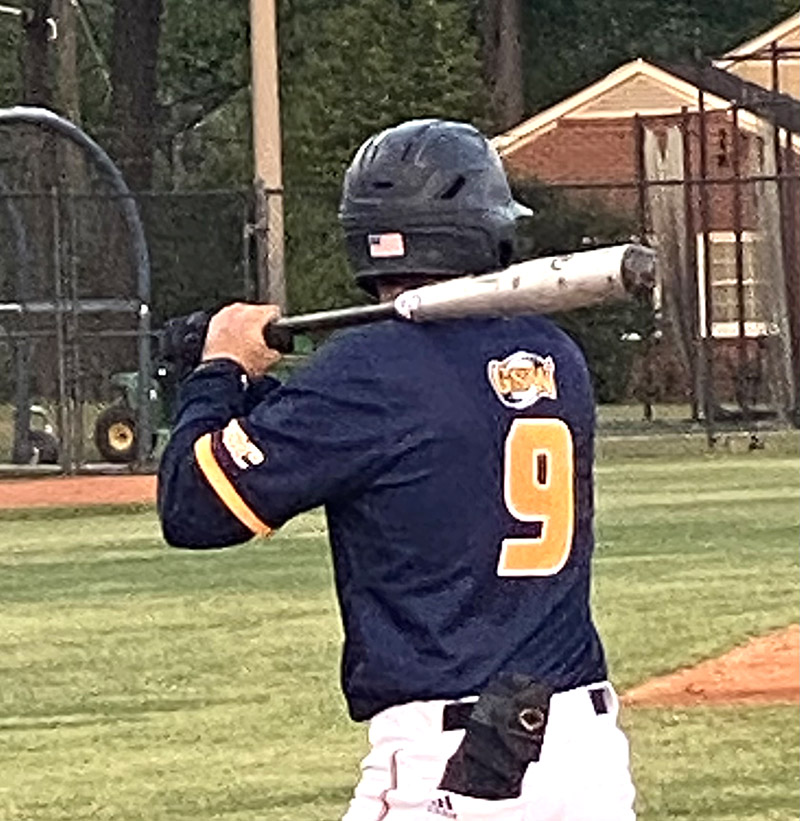 GSW junior outfielder Reid Ragsdale drew a bases loaded walk off walk in the bottom of the 11th inning to give the Hurricanes a 10-9 victory over Embry-Riddle University. Photo by Ken Gustafson

AMERICUS – With the score tied at 9-9 going into the bottom of the 11th inning, the Georgia Southwestern State Hurricanes (GSW) found a way to end the long extra-inning game on the victorious side. GSW was able to load the bases on a single from Tyler Skelton, Anthony Angelino getting hit by a pitch and a single by Gregory Wozniak before former Schley County standout Reid Ragsdale drew an RBI walk to give the Hurricanes a 10-9 victory over Embry-Riddle University in 11 innings on Tuesday, April 19 at the GSW baseball complex.

Going into the bottom of the eighth, the Hurricanes trailed the Eagles 9-8, but Matthew Mamatas tied the game for GSW on an RBI single.

Over the next two innings, neither team could push across the winning run until the bottom of the 11th, when the Hurricanes loaded the bases to set the stage for Ragsdale’s game-ending RBI walk off ERU relief pitcher Garner Spoljaric, who ended up taking the loss (2-3). 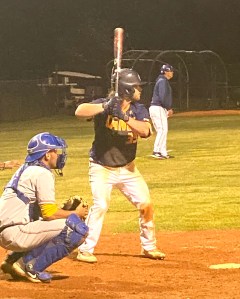 GSW junior catcher Gregory Wozniak went 4 for 6 at the plate against Embry-Riddle.
Photo by Ken Gustafson

Wozniak led the Hurricanes’ offense by going 4 for 6 at the plate with a run scored and Garrett Bradley went 3 for 5 with an RBI and two runs scored. Bradley, Skelton and Ragsdale each had a double in the contest, while Hunter Foster went 1 for 3 with a triple, two RBIs and two runs scored.

GSW relief pitcher Kyle Bachle ended up getting the win and is now 1-1 on the season. Bachle was able to hold ERU scoreless in the top of the 11th, while issuing a walk and two strikeouts. 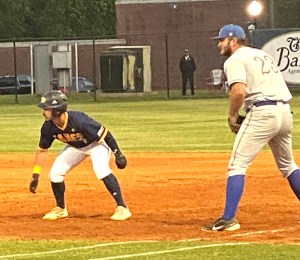 GSW junior second baseman Matthew Mamatas gets his lead off first base. Mamatas went 1 for 3 with two RBIs in the Hurricanes’ extra inning win over Embry-Riddle. His one hit was an RBI single that tied the game at 9-9 in the bottom of the eighth.
Photo by Ken Gustafson

GSW is now 18-22 overall and 12-9 in the Peach Belt Conference. They will not have much time to celebrate the victory, as they will travel over to Montgomery, AL on Wednesday, April 20 for a game against Auburn Montgomery at 5 p.m. EST.