Ledger throws no hitter in Raiders’ win over Terrell Academy 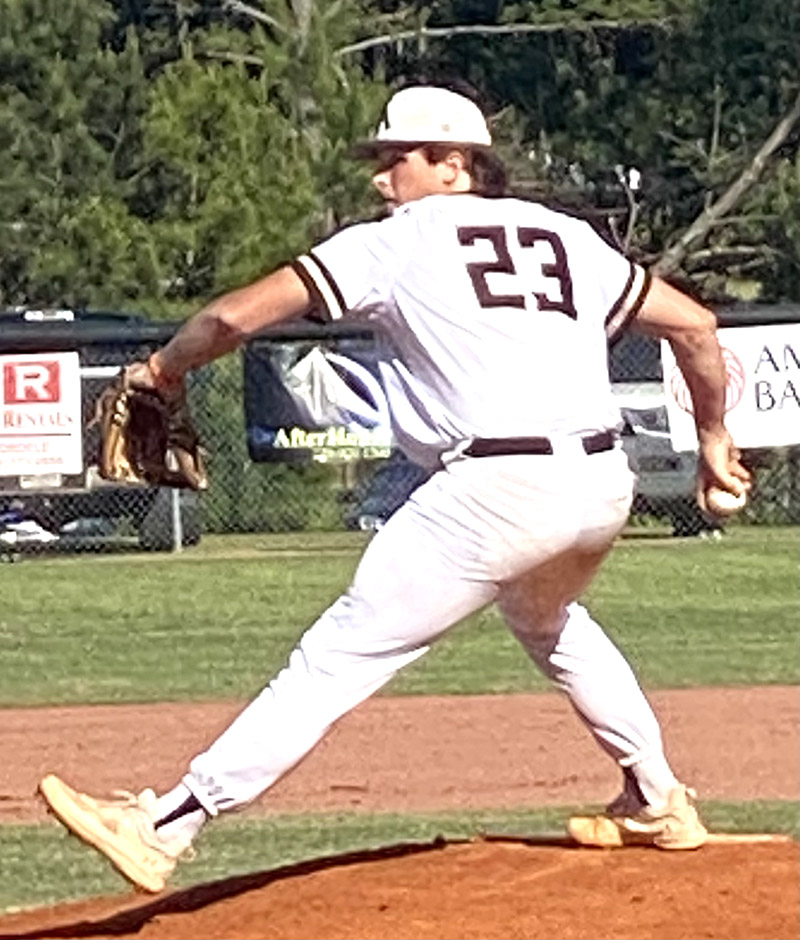 AMERICUS – After their disappointing 17-2 loss to John Milledge Academy (JMA) on Senior Day the day before, the Southland Academy Raiders (SAR) took the field on Wednesday, April 20 ready to put the JMA debacle behind them and finish the regular season on a positive note. Wednesday’s 4-0 win over Terrell Academy (TA) could not have been a more polar opposite performance from the day before as SAR junior right hander Chase Ledger tossed a no hitter over seven innings to lead the Raiders to victory over the Eagles.

Ledger’s no hitter was the first of his high school career, but according to him, he pitched two back-to-back perfect games in rec ball when he was 12 years old. 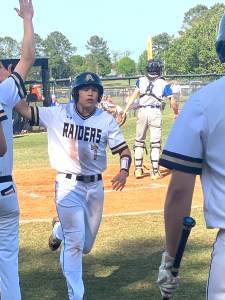 Southland Academy courtesy runner Scout Luvin (7) scores one of the Raiders’ two runs in the bottom of the second against Terrell Academy.
Photo by Ken Gustafson

As far as what happened against JMA the day before, that is something that SAR Head Coach John Brady wants to forget entirely.

“I told them after the game that I don’t want to speak of that again. It was just one of those things. Greer (Hagerson) has pitched so awesome all year and it just wasn’t our day,” Brady said. “To have Chase come back today and to do this against a really good baseball team, to throw the no hitter and get us back in the win column was really awesome.”

In the Raiders’ game against JMA the day before, Greer Hagerson struggled on the mound for SAR and hit five JMA batters. This aided the Trojans in scoring 12 runs against the Raiders over the first three innings of that game and it set the tone for SAR’s 17-2 loss to JMA. The loss was made more disappointing due to the fact that it was Senior Day at Southland. Caleb Law, Buddy Brady, Greer Hagerson and Hudson Collins were all honored for their accomplishments during their four years at Southland Academy.

However, what a difference a day makes, as Ledger tossed a no hitter the very next day to lead the Raiders to the 4-0 victory over TA. 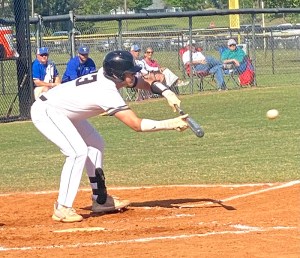 SAR scored three runs in the bottom of the second inning to take a 3-0 lead. Will Godwin led off the inning with a walk and Caleb Law singled to put runners on first and second with nobody out. Hagerson then executed a bunt and was able to reach on an error that allowed two runs to score. Later on in the inning, Hudson Collins reached on an error that allowed Hagerson to score and the Raiders had a 3-0 lead.

SAR added an insurance run in the bottom of the fifth when Godwin drove in Henry Johnson on an RBI double.

In addition to throwing a no hitter, Ledger struck out 10 TA Eagles while walking three.

With the win, the Raiders conclude the regular season with an overall record of 10-10 and will now await their opponent in the first round of the Georgia Independent School Association (GISA) Class AAA State Playoffs. The Raiders’ opponent, as well as the date and time of their first round series, are to be determined. Stay tuned to the Americus Times-Recorder for further updates.