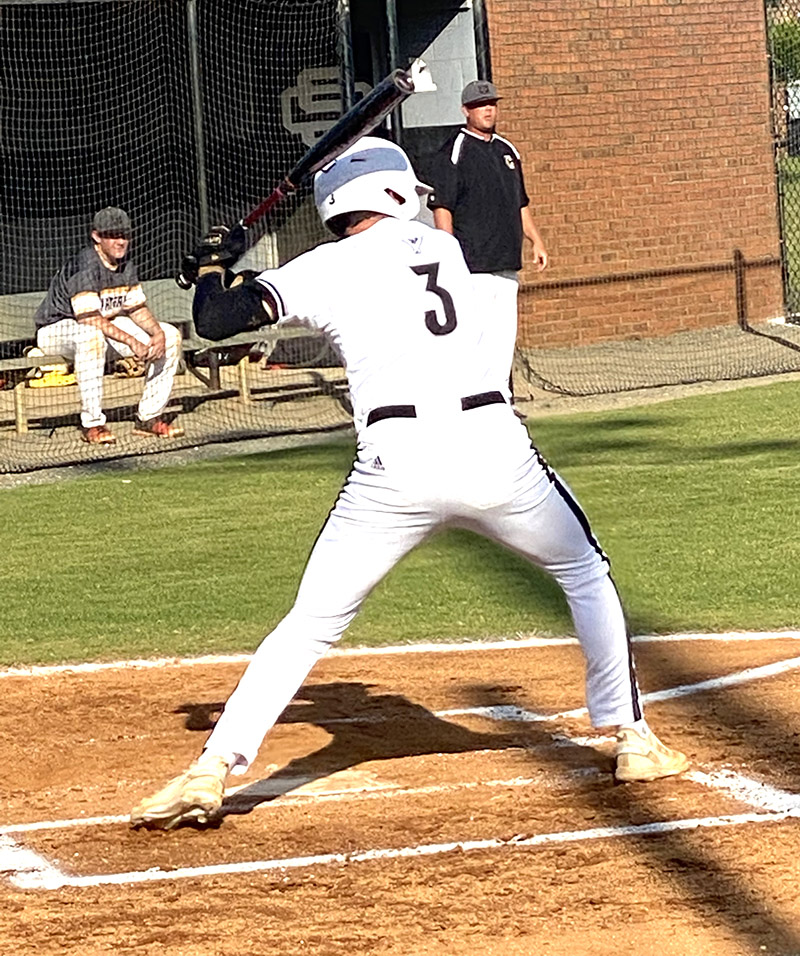 COLUMBUS – After their 10-9 victory over Chattahoochee County on Thursday, April 21, the Schley County Wildcats (SCHS) traveled up to Columbus the very next day with hopes of closing out the regular season on a positive note and generating momentum for the upcoming GHSA Class A-Public State Playoffs with a win over Brookstone (BKS). However, the Cougars had other ideas and thanks mainly to four runs in the first and five in the fourth, they were able to hand the Wildcats an 11-6 defeat on Friday, April 22 at the Brookstone School.

The loss puts the Wildcats at 17-9 on the year, but they are still undefeated at 12-0 in Region 5A-Public competition. The Cougars finish the regular season at 14-15 and 4-5 in Region 4A-Private competition.

SCHS senior right fielder Trypp Lumpkin had a tremendous day at the plate in the Wildcats’ losing cause. Lumpkin went 3 for 4 with a solo home run, three RBIs and two runs scored. Owen Lamb also had a solid offensive day as he went 2 for 4 with an RBI.

BKS jumped out to an early 4-0 lead in the bottom of the first on five hits, including a two-run homer by Buddy Denson. The Wildcats responded in the top of the second when Ridge James drew a bases-loaded walk that scored Lumpkin from third, but the Cougars responded with five more runs in the bottom of the fourth on five hits and took advantage of three hit batsmen.

SCHS responded with another run in the top of the sixth on Lumpkin’s solo home run, but the Cougars answered with two more runs of their own in the bottom of the sixth on one hit and three walks to make the score 11-2 BKS.

However, SCHS did not quit and scored four runs in the top of the seventh on RBI singles from Lumpkin, Lamb and Rylan Conner. Unfortunately, the comeback effort would fall short and the Cougars went on to win 11-6.

The Wildcats used three pitchers in this game. Ridge James got the start on the hill and gave up four runs on six hits with one walk in two innings of work. Brody Smith came on in relief of James and gave up five runs on five hits while striking out two in a little over an inning of work. Ashton Raybon was the final pitcher used by SCHS.

In a little over two innings of work, Raybon gave up two runs on a hit, walked three and struck out three.

Luke Norman led the Cougars’ offensive attack by going 3 for 4 at the plate with a double, two RBIs and three runs scored.

Coates Massey ended up being the winning pitcher for BKS. Massey gave up six runs on nine hits, but posted 10 strikeouts to just two walks in seven innings of work.

The Wildcats will host the Georgia School for Innovation & Classics (GSIC) in the first round of the GHSA Class A-Public State Playoffs on Friday, April 29, in a best-of-three-games series. Game 1 is scheduled to begin at 4 p.m., followed by Game 2 at 6:30m p.m. Should it be necessary to have Game 3, it will be on Saturday, April 30 at 2 p.m.