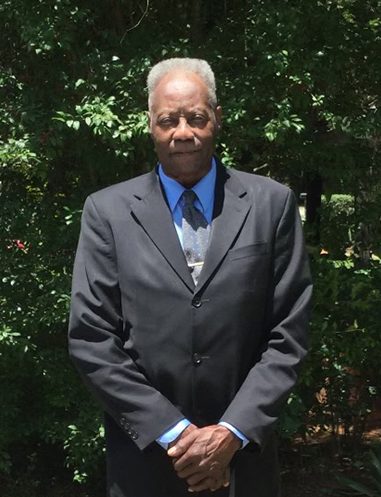 Deacon Walter Lewis Dennard Sr. passed away on April 23, 2022 at home surrounded by his wife and children. Deacon Dennard was such a light in this sometimes dark world and had a heart of gold. He touched the lives of many and will be deeply missed by all who were lucky enough to know him.
Deacon Dennard was born on December 12, 1945, in Americus, Sumter County, Georgia. He is preceded in death by his father, Mr. John Lee Dennard, Sr., his mother, Mrs. Annie B. Lockhart, his daughter, Sharon Dennard, his sister, Annie Mae Dennard; and two brothers John Lee Dennard Jr and Henry Lee Dennard, Sr.
He was united in holy matrimony to the love of his life, Ruby T. Dennard in February of 1968. Their union was blessed with three loving children, Sharon(deceased), Sabrina and Walter Jr.
Deacon Dennard is survived by his wife Ruby Dennard; daughter, Sabrina Dennard Latham (Tony)of Fortson,GA; son, Walter Dennard Jr of Americus GA; sisters, Helen Sims(Wilbur), Annie Barthell (Samuel) – Americus, Shirley Terry(Tom) – Albany; brothers – Willie Dennard Sr.(Francis) – Americus, Jerry Dennard -Conyers; grandchildren, Brandon Dennard – Atlanta, Bria Dennard – Americus, Trenton Latham – Fortson; great-grandson, Zamir Jenkins, Americus
At an early age he professed his faith in Jesus Christ and joined New St. Paul Baptist Church. He faithfully served as an usher, choir member, and deacon. On October 16, 1985, the church elected Deacon Walter Dennard Sr., as Chairman of the Deacon Board where he has been actively serving for the last 37 years.
No one who met Deacon Dennard forgot his infectious passion for the Jenkin Jubilees. He was a loyal member, singing as a tenor for more than 50 years.
Deacon Dennard had a passion and love for plumbing. He poured his heart and soul into his work and there truly wasn’t anything that he wouldn’t do to help someone. He gave to those in need, and would defend and stand up for his loved ones should the need for it arise. He retired from Perry Plumbing Company after serving as a Master Plumber for 41 years. After which, he started his own business and was faithful to his customers for the next 16 years until his health failed in March of this year. He genuinely loved his customers and devoted much time and energy in making sure their needs were met. His legacy lives on with his son, Walter Jr with Dennard and Son Plumbling.
When he was off work or not at church you could find him dining out with his wife and family, watching the LA Lakers, Golden State Warriors or Sanford and Son.
Deacon Dennard was a strong, kind, loving, and supportive husband, father, grandfather, brother, and friend. His grandchildren brought much joy, love, and fulfillment to his life. His passion and integrity to those he loved was unwavering.
A public viewing will be held Wednesday, April 27, 2022 at J. W. Williams Funeral Home at 407 West 17th Avenue, Cordele Ga. 31015
The funeral service will be held Thursday, April 28, 2022 at 11:00 AM on the grounds of St. Paul Baptist Church in Americus, Georgia. The burial will follow at the Old Corinth Baptist Church Cemetery in Leslie, Georgia. Everyone in attendance is asked to please wear a mask and to practice social distancing.