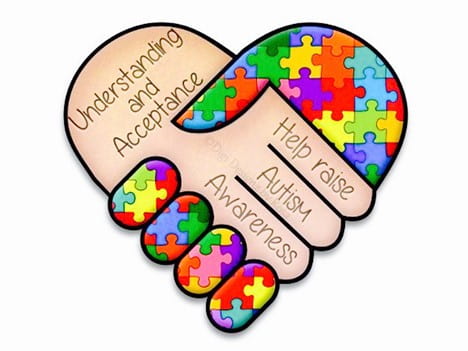 Did you know? April 2 is World Autism Awareness Day, and April is National Autism Awareness Month! Since many of you are now aware of Autism Spectrum Disorder, let’s know more in detail about ASD, its causes and its early signs & identification.

Let’s increase autism acceptance in our communities by spreading awareness and lending support in the form of information resources to promote peer acceptance, sibling support, safety, and more.

Raising a child is often one of the most challenging and joyous events in a parent’s life. Watching your child grow and develop is a source of delight. However, some parents become concerned when their child appears to develop differently than others. At times, parents may worry about the possibility of autism spectrum disorder, or ASD.

Autism or Autism spectrum disorder (ASD, sometimes called autism) is a developmental disorder that affects how people socially interact, behave, learn, and communicate. People may exhibit repetitive behaviors or narrow, obsessive interests. Not everyone with ASD will have all behaviors and its impact can range from mild to disabling. Learning and thinking can range from extremely gifted to needing severe help. ASD is called a developmental disorder since symptoms generally appear in the first two years of life. Both children and adults can have ASD. Scientists aren’t certain what causes ASD, but it’s likely that both genetics and environment play a role. The term ASD now refers to several conditions that used to be diagnosed separately. A team of healthcare professionals with experience may be involved in diagnosing ASD. Children should be screened for developmental delays during periodic checkups and specifically for autism at 18- and 24-month well child visits.

The exact cause of ASD is unknown. The most current research demonstrates there’s no single cause. According to the National Institute of Neurological Disorders and Stroke (NINDS)Trusted Source, both genetics and environment may determine whether a person develops ASD. However, multiple sources, old and new trusted sources, have concluded that vaccines do not cause ASD.

Let’s look into the signs and symptoms of ASD. Symptoms of ASD typically become clearly evident during early childhood, between ages 12 and 60 months. However, symptoms may also appear earlier or later. Early symptoms may include a marked delay in language or social development.

The DSM-5 divides symptoms of ASD into two categories:

To be diagnosed with autism, a person must experience symptoms in both of these categories.

ASD can involve a range of issues with communication, many of which appear before age 5. Here’s a general timeline of what this might look like:

Additionally, autistic children might have trouble expressing their feelings or understanding those of others starting at 36 months. As they age, they might have difficulty talking or very limited speaking skills. Other autistic children might develop language skills at an uneven pace. If there’s a particular topic that’s very interesting to them, for example, they might develop a very strong vocabulary for talking about that one topic. But They might also show signs of hyperlexia, which involves reading beyond what’s expected of their age. Children on the autism spectrum might learn to read earlier than their neurotypical peers, sometimes as early as age 2. But they tend to not comprehend what they’re reading. While hyperlexia does not always accompany autism, research suggests nearly 84 percent of children with hyperlexia are on the spectrum. As they interact with others, autistic children might have difficulty sharing their emotions and interests with others or find it hard to maintain back-and-forth conversation. Nonverbal communication, like maintaining eye contact or body language, might also remain difficult. These challenges with communication can persist throughout adulthood.

In addition to the communication and social issues mentioned above, autism also includes symptoms related to body movements and behaviors.