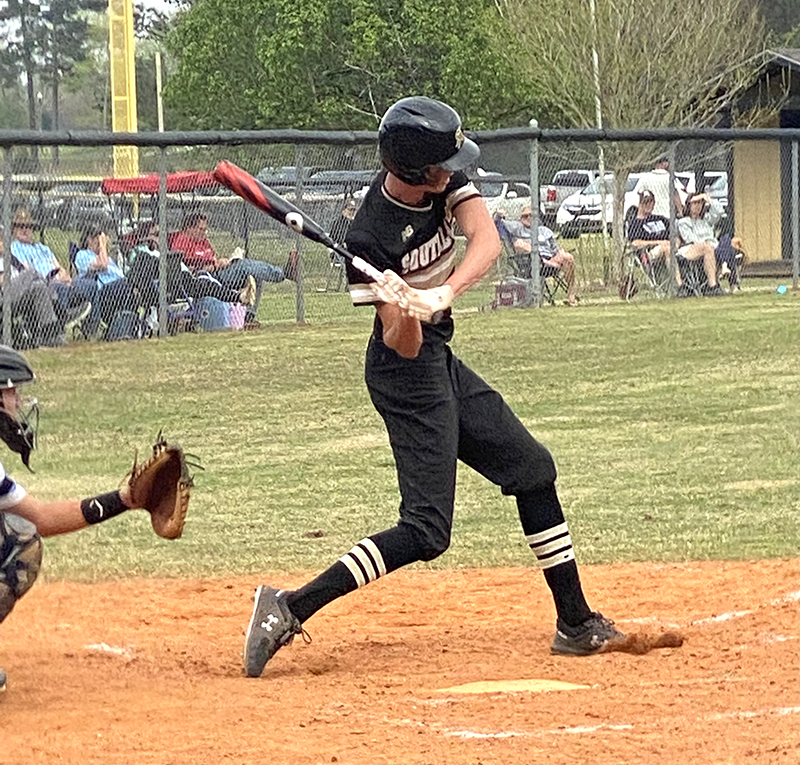 Southland Academy senior Buddy Brady went 1 for 3 with a single and scored a run in his last game as a Raider. ATR Archive

PERRY, GA – The 2022 baseball season came to an end for the Southland Academy Raiders (SAR) this past Friday. The Westfield Hornets (WS) swept SAR in two straight games by scores of 4-3 and 15-5 in the second round of the Georgia Independent School Association (GISA) Class AAA State Playoffs.

The Raiders finish the season with a record of 12-13.

In Game 1, the Hornets had a 2-1 lead going into the bottom of the second before they added two more runs on RBI singles by Ryan Powers and James Hays. Those two runs would be enough for the Hornets to clinch Game 1 of the best-of-three-games series. 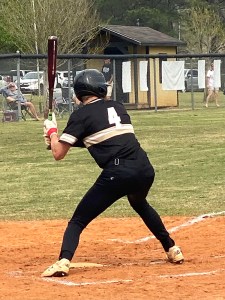 In the top of the seventh, the Raiders tried to make a comeback and were nearly successful. With one out, Henry Johnson singled and Chase Ledger doubled to centerfield, putting runners on first and third. Perry Usher then drove in two runs on an RBI double and the Raiders were within a run of tying the game.

However, WS pitcher Connor Langdon was able to strike out both Will Godwin and Caleb Law to end the game.

Usher led the Raiders’ offensive attack by going 3 for 4 at the plate with a double and two RBIs and Johnson went 2 for 3 with two runs scored. 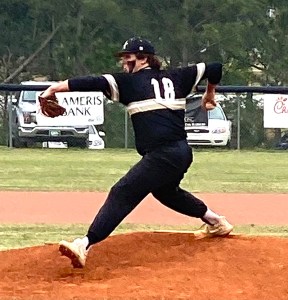 Southland Academy junior pitcher Chase Ledger struck out seven WS batters in the Raiders’ 4-3 loss to Westfield in Game 1 of the second round of the state playoffs.
ATR Archive

Ledger had a solid outing as SAR’s Game 1 starting pitcher. In five innings of work, he gave up two runs on three hits, walked six and struck out seven.

It was now do or die for the Raiders in Game 2. They would have to win this second game in order to force a third and deciding Game 3. However, the Hornets had other ideas and they were able to make those ideas a reality by scoring six runs in the third and seven in the fourth to take a commanding 14-1 lead. The Raiders made an effort to climb back in it by scoring four runs on three hits in the bottom of the fourth and took advantage of two walks and a passed ball. With the bases loaded and one out, Mac McMichael drew a base loaded walk that allowed Matthew Saint to score. Hudson Collins would later score on a passed ball and Will Godwin followed that up with an RBI single, making the score 14-5 in favor of the Hornets.

However, that would be as close as the Raiders would get, as WS added another run in the fifth to secure a 15-5 series-clinching victory.

Johnson led the SAR offense by going 2 for 3 at the plate and Scout Luvin went 1 for 1 with a single. The Raiders also got hits from Godwin, Collins, Luke Exley, Greer Hagerson, Buddy Brady and Caleb Law to round out a total of nine hits.

Perry Usher got the start on the mound in Game 2, but struggled against the lineup of the Hornets. He gave up seven runs on 10 hits, walked one and struck out two in a little over two innings of work. Trey Sellars came on in relief of Usher. In one inning of work, he gave up five runs on four hits and walked one. Matthew Saint came on in relief of Sellars and gave up two runs on two hits while walking three batters.

Neil O’Brien led the Hornets’ offense by going 4 for 4 at the plate with a double, two RBIs and a run scored and James Hays went 3 for 4 with two runs scored.

The Hornets (18-8) will continue on in the state playoffs and will take on Pinewood Christian School on Friday, May 6.