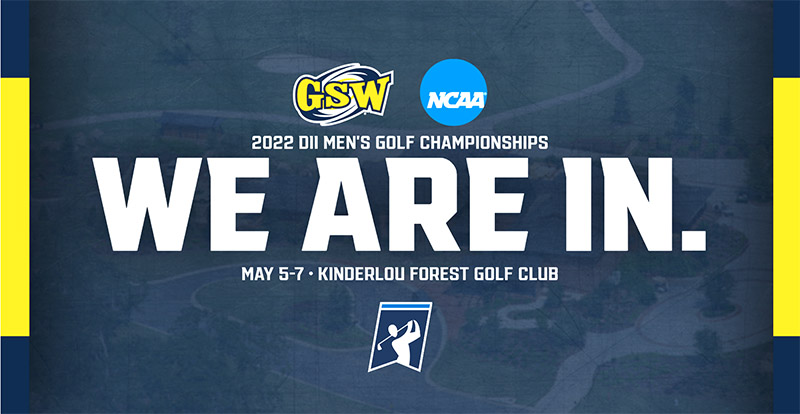 INDIANAPOLIS, IN — The NCAA has announced the field of 80 teams and 32 student-athletes competing as individuals that have been selected to participate in regional competition of the 2022 NCAA Division II Men’s Golf Championships. Regional play will be conducted May 5-7. Georgia Southwestern was selected as the fifth-ranked team in the Southeast Region and ranked ninth overall according to Golfstat.com.

Georgia Southwestern became the first PBC team to advance to the NCAA national championship match since the match play format was installed. GSW will play at Kinderlou Forest Golf Club in Valdosta, GA for their regional this season. The Hurricanes last played Kinderlou Forest Golf Club this season in the Southeastern Collegiate hosted by Valdosta State on March 14-15, finishing in fifth. The championship will have live scoring each of the three rounds, that can be accessed at https://results.golfstat.com//public/leaderboards/gsnav.cfm?pg=participants&tid=25424.

At a minimum, the top three teams and the top two student-athletes not with a team from each regional will advance to the finals May 16-20 at TPC Michigan in Detroit, Michigan. The Hurricanes lone win this season came at TPC Michigan in the Motor City Invitational (NCAA National Preview) hosted by Wayne State. The remaining eight team berths will be allocated based on the regions represented in the prior year’s head-to-head medal play portion of the championships, with the maximum number of teams from a given region capped at seven. The finals will be hosted by Wayne State (Michigan) and the Detroit Sports Commission. At the 2021 championships, Arkansas Tech defeated Georgia Southwestern 3-2 in the head-to-head medal play final. The championship was hosted at PGA National in Palm Beach Gardens, Florida.

Tournaments will be conducted at four regional sites with regional pairings as follows:

Teams and individuals in Georgia Southwestern’s Regional are listed in rank order. Conference automatic qualifiers are indicated in brackets next to the institution’s name.