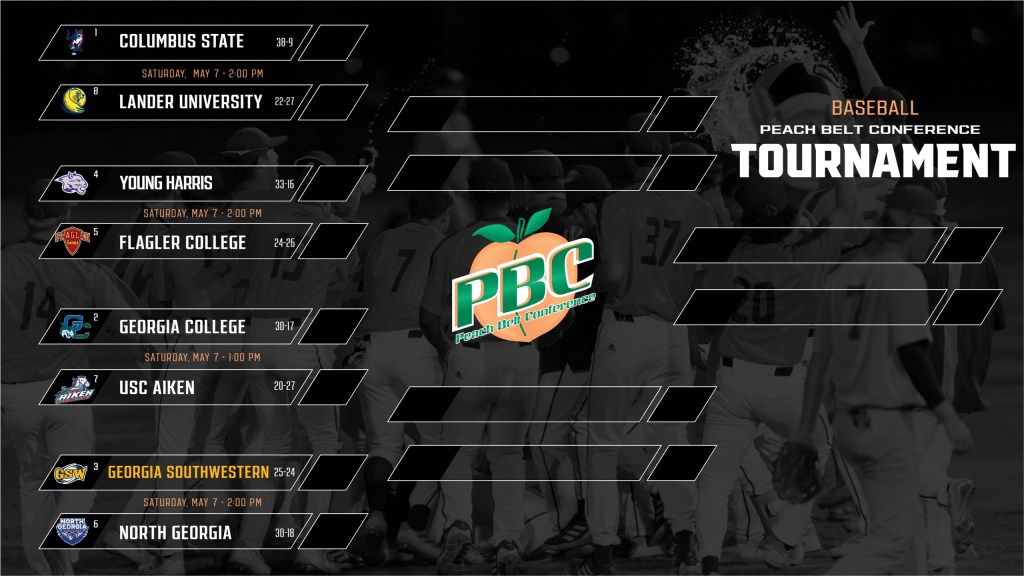 AMERICUS, GA –The Peach Belt Conference has announced the 2022 Baseball Tournament Bracket. The top eight teams in the PBC regular-season standings will advance to tournament play over two weekends, beginning with best-of-3 series on May 6. The top four seeds will serve as hosts for the opening weekend. The four winners of those series’ will advance to a double-elimination bracket May 13-15 at the site of the highest remaining seed.

Georgia Southwestern will host North Georgia in their opening series. This will be the first Peach Belt Conference Tournament game that GSW has ever hosted. Georgia Southwestern finished the year with a 17-10 conference record, GSW will be the #3 seed for the PBC Tournament after taking two of three from the #4 seed Young Harris in the final weekend of the regular season. GSW has their highest tournament seed in program history after winning the most PBC conference games in program history.

Dates and times for each opening-weekend series are below. Teams will be re-seeded for the second weekend double-elimination bracket, details of which will be released on Monday, May 9.