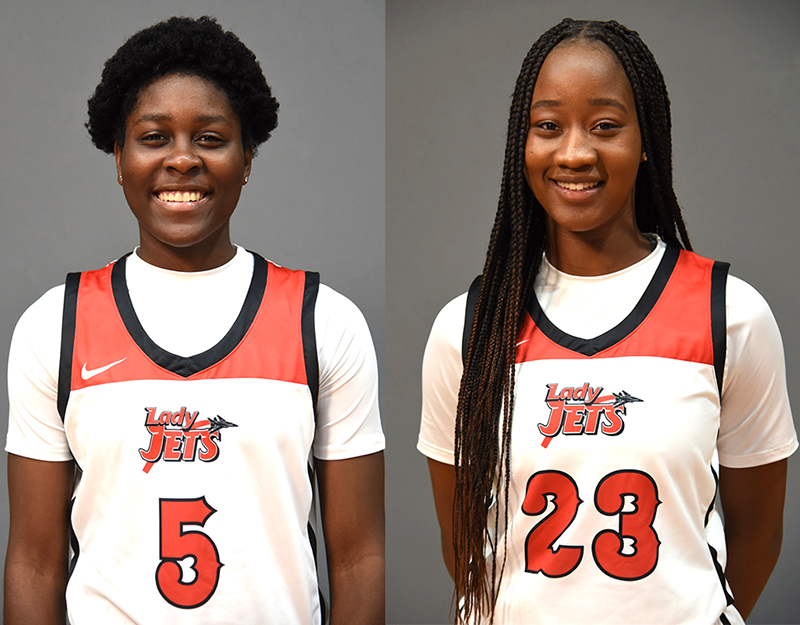 Only the top 40 NJCAA rising sophomore women basketball players were invited to participate in the All-Star games, which will feature over 100 NCAA coaches in attendance.  This is the only NJCAA certified women’s JUCO event in America.

Alexia Dizeko, a 5’ 11” forward from Sion, Switzerland, averaged 14 points per game and eight rebounds for the Lady Jets as a freshman.  She was a second team NJCAA All-American and was a Women’s Basketball Coaches Association (WBCA) second team All-American.  She was selected as the Georgia Collegiate Athletic Association (GCAA) Freshman of the Year for 2021 – 2022 and a GCAA first team All-Region nomination.

Joining Dizeko at the NJCAA Women’s Basketball All-Star tournament was her teammate Fanta Gassama from Mataro, Spain.  The 6’ 1” center averaged 10 points and 11 rebounds for the Lady Jets during her freshman season.  She was selected as an NJCAA and WBCA Honorable Mention All-American.  The GCAA also listed her as a first-team All-Region player as a freshman.

“This is an excellent opportunity for rising sophomores to showcase their talent and skills to Division I coaches,” said South Georgia Technical College Lady Jets head coach James Frey.  “Both Alexia Dizeko and Fanta Gassama have certainly earned this distinction and I feel honored to have two players selected and invited to participate.”