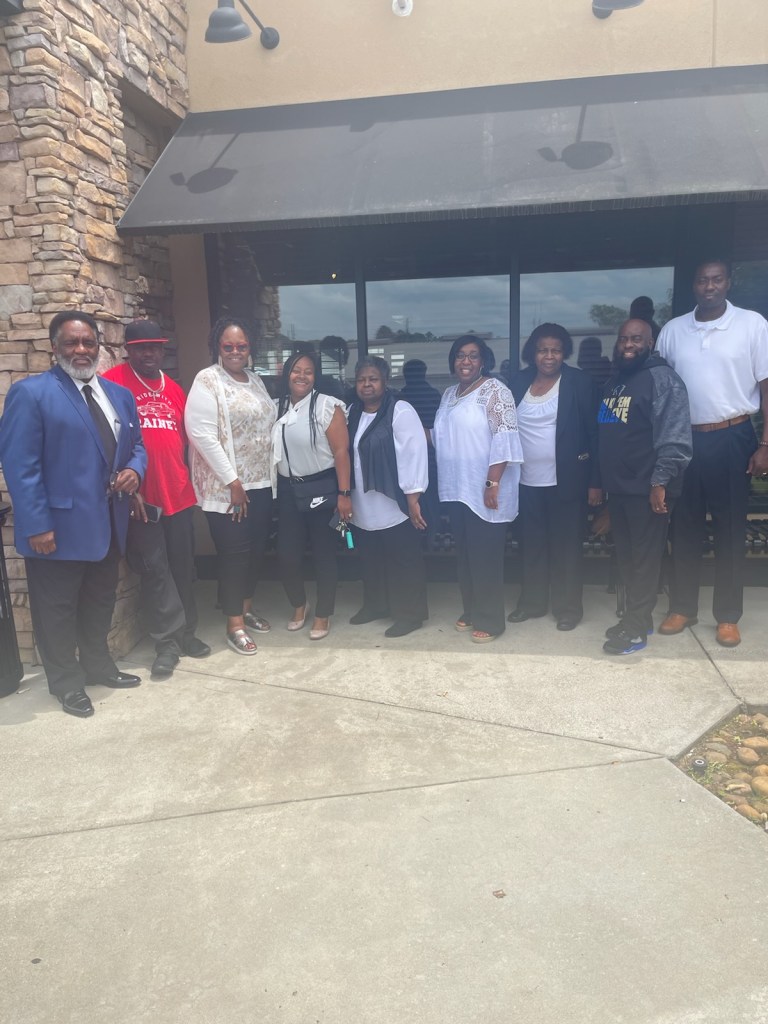 Each graduate in the Class of 2022 comes with a unique story. Each story is rich with moments of joy, of desperation, of grand success and discouraging defeats.  As Sumter County Schools’ (SCS) 2022 graduates walk the stage, there will be as many stories as there are graduates. Fifty-two of those graduates will be able to tell of Fresh Start Academy as part of their story. Those 52 graduates were referred by SCS in order for Fresh Start to help them catch up with credit recovery, or to overcome some behavioral issues which needed a more specialized approached. Fresh Start is SCS’s “alternative school.” Past Superintendent Torrance Choates saw the beauty in what the school could offer SCS and made the recommendation to the Sumter County Board of Education that Fresh Start be brought on as a partner to SCS. The BOE voted to approve Dr. Choates’ recommendation and Fresh Start became our neighbor for the 2021-22 school year.

So, has that recommendation proven to be a good one? There are several stories which add to the evidence proving it a wise choice. On Wednesday, May 25, 2022, Fresh Start held a honors ceremony which acknowledged the success of their students. For two hours, the students welcomed guest speakers, received awards and congratulated their classmates on their accomplishments. Sounds like a typical honors’ day program—until you realize what it means to have these students receive an honor. These students have been clawing to learn at double speed in order to make up for lost credits and learning a new way of expressing themselves which will not only make them successful in a classroom setting, but will also serve them well as they move on to achieve further life successes. For these students, recognition and honor is especially powerful because it is very much needed. According to Travis Lockhart, CEO, Horace Reid, Jr., Director of Fresh Start Academy and Patricia Jackson, Regional Director of Fresh Start Academy those achievements are but a piece of paper on the surface, but they carry much weight. They represent not only a success, but they offer an opportunity to show this achievement to their friends and family. These honors and the compliments and congratulations which accompany them are, for some, life changing. Travis, Horace and Patricia report that not only does the student get to own something tangible representing an achievement, but their family does as well. Patricia once made a phone call to a student’s mother. Patricia had called to brag on the student’s performance, only to be met with the relief of a mother who told her she has never received a call from school about something positive. As Horace reports, “Every parent wants to know their child is okay.” Patricia decided that day to be intentional about telling parents of their children being caught doing something good.

Another event which feels typical to many yet holds a special weight for the Fresh Start student is being given leadership roles. Because these students have been carrying the label of a discipline problem, or slower to achieve, it is an unexpected and good surprise to have someone of authority ask them to take on a task. Patricia refers to these students as ambassadors, and the entire staff make the student earn the title. With each tiny little intervention, the students get to build upon their story with someone entrusting them. Patricia understands why Horace’s investment into the students’ lives in this small way is important. She understands their students have had to overcome some significant pains in order to achieve. She approaches each student understanding those pains and looks for opportunities to heal them. She isn’t the only one. Horace, Travis and their entire staff are trained to meet the students where they are. The student has expectations put upon them, but they also have hope and nurturing to support them to meet those expectations. Fresh Start is always looking for a way to build upon the strengths which each student has when the walk into the door. For many of those students, it has been a while since someone has approached them looking for a strength, rather than pointing out the obvious weakness. As Horace sums up, “We don’t like to say, ‘last chance’ we like to say, ‘fresh start.’”

Travis sets a high standard for Fresh Start. “We have promised Sumter County Schools we could graduate students they could not.” He is proving good on his promise as 52 of his students will be graduating with the Sumter County High School Class of 2022. Travis also sets his sights on “being the best school in Sumter County, not the best alternative school, but the best school.” Fresh Start is taking steps to make their case for such a status. Recently Morris Brown University, a historically black college or university located in Atlanta has shown their confidence in Fresh Start by entering into an agreement to accept 100% of Fresh Start students into their university. This essentially means not only will Fresh Start graduate 52 students, but they all have been accepted to a higher education institution

Travis, Horace and Patricia are quick to point out it takes so many people to enjoy the success they have. Community stakeholders, parents, SCS administration, BOE members and others make the success happen. However, there is a special place at the table for the seven staff which make this happen on a daily basis. They agree they are much like a family and they have to depend and trust their family to be on the same page and bring their best every day. If even one of the staff is off, that ripple is felt throughout the school. For this reason, they are very much invested in encouraging the staff. Patricia says it is about building a healthy work culture. Horace feels this first year was like “capturing lightening in a bottle” and they will look to replicate next year as well. Travis remarks the hardest task in front of them is deciding who the teacher of the year will be, because they are all vital and all practicing a special brand of excellence. When the honors program was dismissed, the students were dismissed for the day. However, after getting a little fresh air, many of the students returned back, simply wanting to spend some unstructured time with their teachers. Such is the power of this staff.

Sumter County is better for Torrance Choates and our BOE welcoming Fresh Start into our community. They are fulfilling their promises and exceeding our expectations. However, exceeding their own expectations is what Travis and his team are aiming for and as they phrase it, with every day there is a “fresh start” to reach all they dream for Fresh Start. There are 52 graduates whose story has a line written by Fresh Start. For bringing forth potential and strength and for seeing our students through to achievement, we are grateful for their authorship. To those 52 students whose story includes Fresh Start, job well done! We are enthusiastically proud of you!

Sumter County joins together in an effort to keep schools safe

Sumter County joins together in an effort to keep…