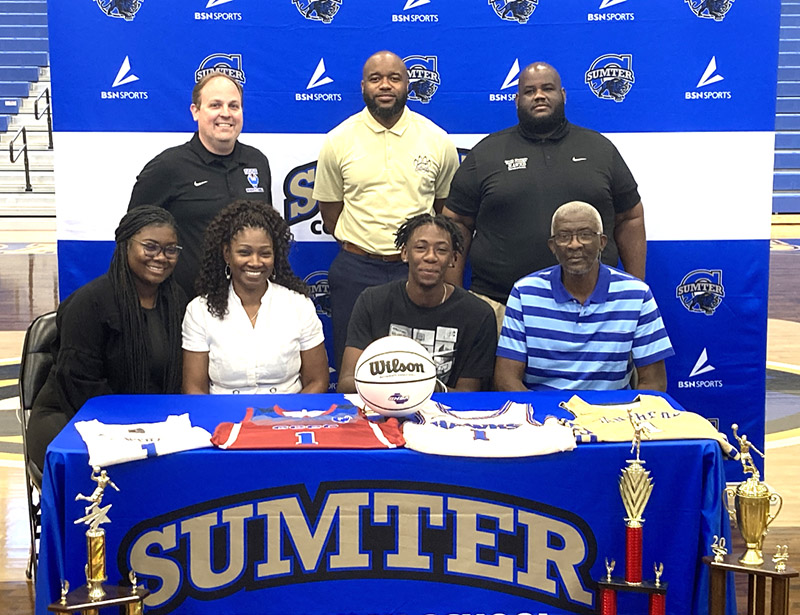 AMERICUS – Another Panther basketball star is headed to the next level. Sumter County senior small forward Kyric Davis made it official on Tuesday, May 31 when he signed a letter of intent to play for South Georgia State Junior College in front of his teammates, coaches, family and friends inside the Panther Pit.
Davis played a key role in the Panthers’ success this past season. The 6’5 small forward averaged 14.3 points per game, 6.7 rebounds per game and 3.6 blocked shots per game in helping to lead Sumter County to a region championship, a 27-3 overall record and a berth in the Elite 8 of the GHSA Class AAA State Playoffs.
Davis was recruited by Albany State, Thomas University and Oakwood University, but decided on playing his first two years of college ball at South Georgia State.
Davis wants to use his first two years in Waycross, GA to hewn his skills so that he can become a ranked player and get recruited by an NCAA Division 1 program.
Davis also has aspirations of playing professional basketball, but if that doesn’t work out, he would like to start his own business after his college career is over.